The Catholic Bishops' Conference of Thailand provides details of Pope Francis's visit to Thailand on Nov 20-23. (Photo by Wichan Charoenkiatpakul)

Pope Francis will meet His Majesty the King and the Supreme Patriarch during his three-day visit to Thailand next month.

The Catholic Bishops' Conference of Thailand (CBCT) announced yesterday the pontiff will meet the King at Ambara Villa on Nov 21. The audience will follow a meeting with the Supreme Patriarch at Wat Ratchabophit Sathit Maha Simaram.

Pope Francis will arrive in Bangkok from Rome on Nov 20 and leave for Tokyo on Nov 23.

The pontiff will also hold a mass for Catholics at the National Stadium in Bangkok on Nov 21. A second mass, for 1,500 Christian youths from across Thailand, will be held at Assumption Cathedral in the capital on Nov 22.

CBCT spokesman Chainarong Monthienvichienchai told a video conference held simultaneously in Bangkok and Vatican City that Thai Christians who want to attend the Holy Mass can register at churches nationwide.

"There will be quotas for every church. For people who cannot get inside the stadium, we will set up a big screen outside for them to observe the ceremony," he said. 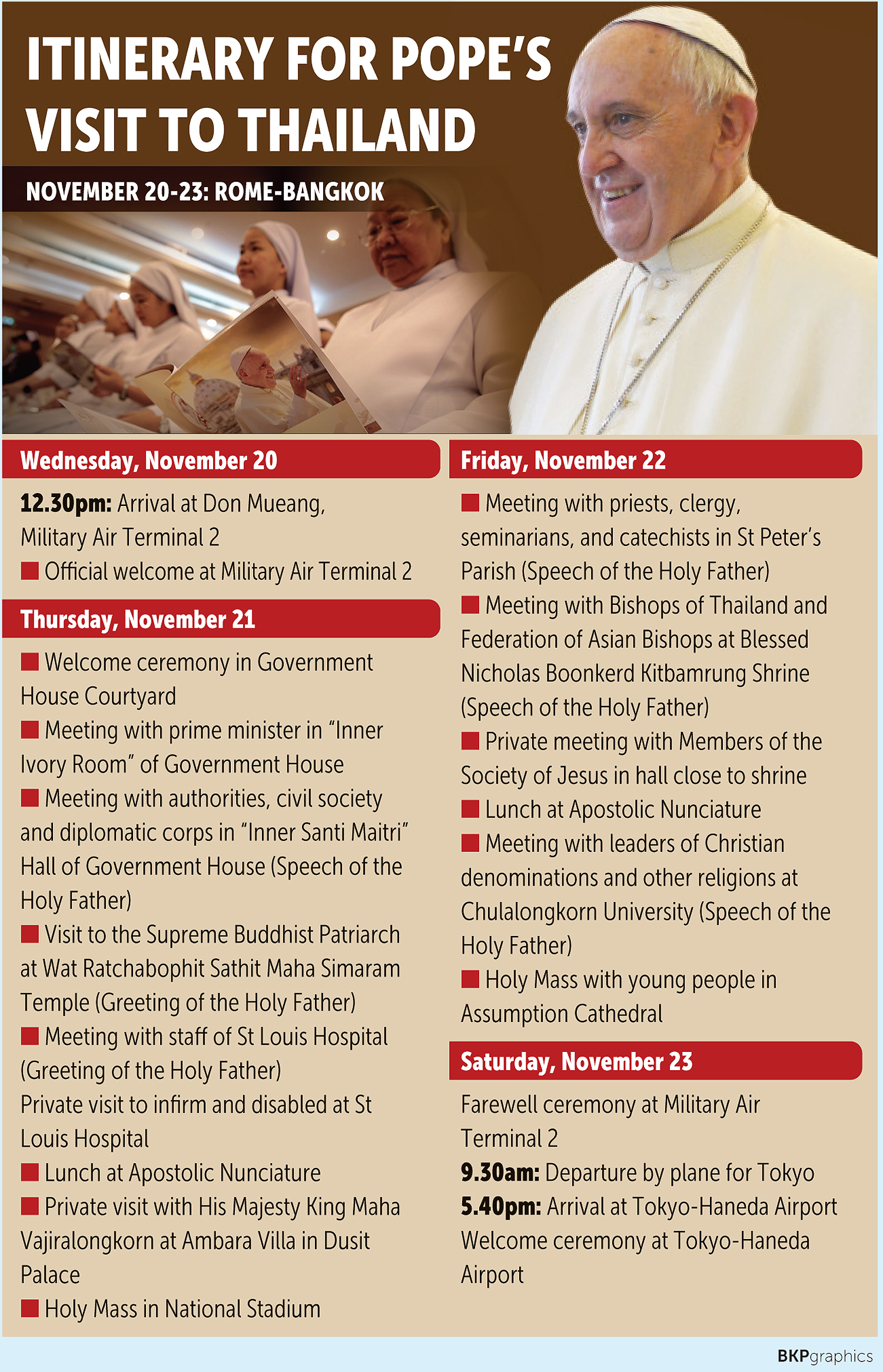