Family members and guests pose for a photo with the wedding couple at the Alvarez Hotel in Muang district of Buri Ram in May. (Photo taken from @AuiDoungruethai Facebook page)

BURI RAM: The organiser of a lavish wedding party says she was hired for 300,000 baht, not the 3.5 million baht quoted by the mother of the bride after the "billionaire" groom ran off without paying.

The organiser posted a message of her Doungruethai Wedding Facebook page on Thursday.

“Let me explain the hot news regarding a Buri Ram bride left by her billionaire groom. I just learned about this news today after photos of the wedding party were widely shared online. Many people wrongly  thought that our team was a major organiser from Bangkok hired for 2.6 million baht as reported. In fact, we were not the major organiser," she said.

"Our team was sub-contracted to arrange this party at a luxury hotel in Buri Ram on May 10 this year. It was a really grand event. The major organiser was from Chanthaburi, and sub-contracted it to us. Our 20 team members spent three nights and days arranging the party. We were hired for 300,000 baht. That's good value. Look at all the details of the event. Don’t rush to blame us before reading my explanation. Thank you for your understanding.’’

The Buri Ram wedding party grabbed news headlines recently after the mother of the 30-year-old bride, a product presenter, or “pretty’, complained that the groom, who described himself as a billionaire, had fled and left her daughter with a 3.5-million-baht debt for their grandiose wedding party.

The party was lavish, an organiser was hired and overall expenses came to 3.5 million baht, according to the bride’s mother.

Among the many other stories about the elusive "Mr Nat",   Khaosod reported he  told the bride's father that he was an adviser to Thaksin Shinawatra.

After only 10 of his friends showed up at the party, he said he had to travel to Hong Kong. He then vanished.

Khaosod said he had also deceived a woman into jointly investing  in a mushroom trading business, and claimed he was a CEO who had to travel to Hong Kong regularly. 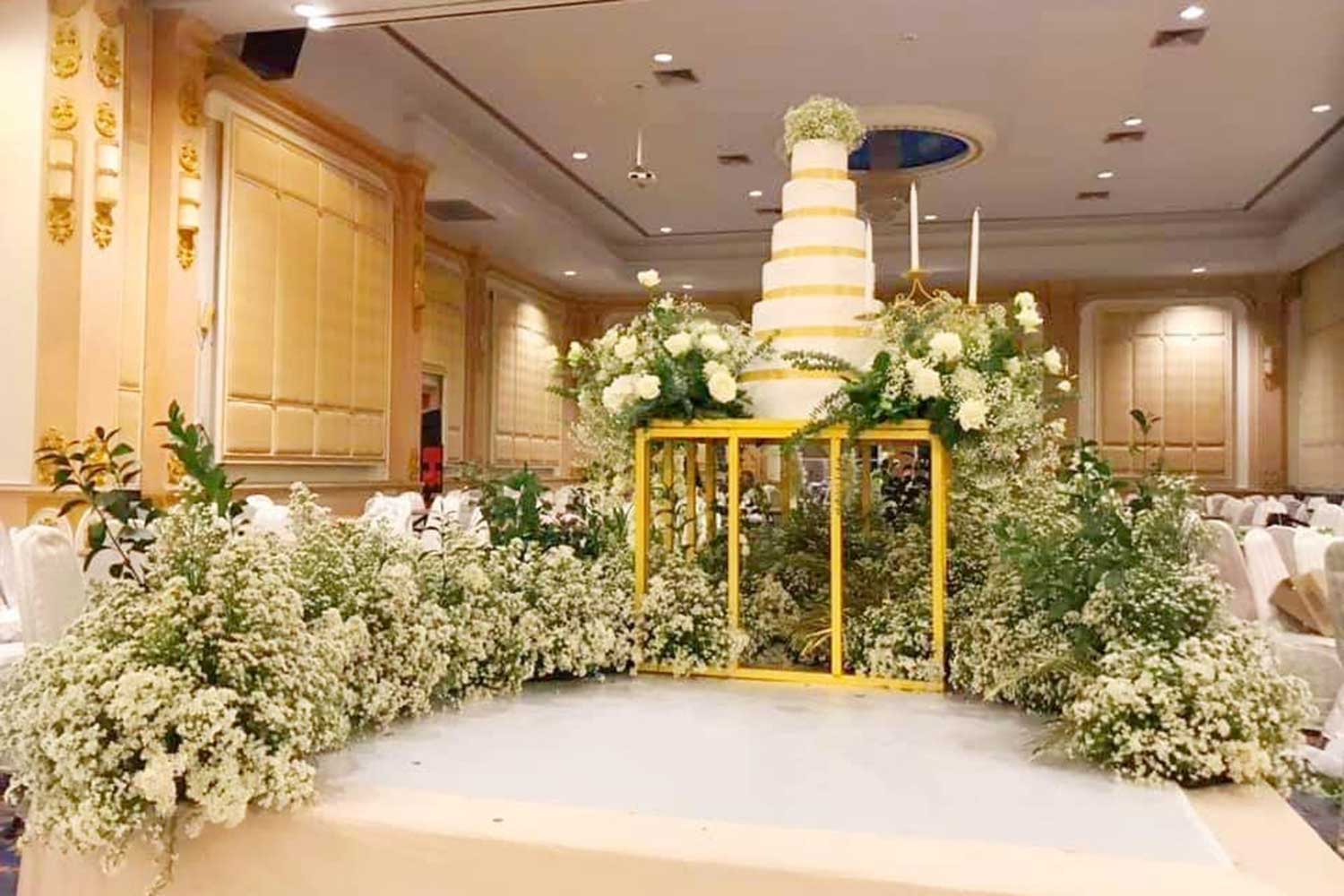 Media reports said the organiser was hired for 2.6 million baht to do the job.

They signed the marriage papers and then had a flash wedding party at a hotel in Buri Ram. After the party, the groom took off.

Ms Fon, 27, a relative of the bride from Prakhon Chai district, said neither she nor other relatives knew anything about the man. They had met him only once before, at the funeral rites for Da’s grandfather in April this year.

They later received invitations to the wedding party in May. The party was lavish, Ms Fon confirmed.  Everyone thought the groom must be wealthy.

She later learned the man refused to foot the bill for the party, and left. A cashier’s cheque for 1.6 million baht he placed as the dowry had also disappeared, she said.

Fon said she felt sorry for Da and the man should accept responsibility for the cost of the wedding.

Wasant Thepnakhon, owner of Alvarez Hotel in Buri Ram, earlier said the bridegroom had told him he operated charter flights between Thailand and Hong Kong.

Amarin TV interviewed a man, identified only as Nueng, who said he had a mushroom farm and had also been deceived by the so-called billionaire, who ordered mushrooms for sale in Lam Luk Ka district of Pathum Thani.

Initially, the man paid on time, but later delayed payments, Mr Nueng said. He had delivered mushrooms to the man at a vending stall at Lam Luk Ka market.

The organiser of a lavish wedding party posts a message and photos of the wedding party her team arranged at a hotel in Buri Ram for a "billionaire'' groom.(@AuiDoungruethai Facebook page)