Sacks containing 170 tonnes of poppy seeds are being held at Laem Chabang port in Chon Buri. (Photo by Jerdsak Saengthongcharoen)

CHON BURI: Authorities have seized 170 tonnes of opium poppy seeds, which were being sent from Pakistan to Myanmar, with a face value of 25 million baht at Laem Chabang port.

The seeds were seized because they contained a Category 5 narcotic substance, said Customs Department chief Krisada Chinavicharana. He announced the seizure at a briefing with officials of Laem Chabang port and the Office of the Narcotics Control Board on Friday.

The seizure came after customs officials, narcotics suppression police and port officials inspected six cargo containers at the port. The products, en route from Pakistan to Myanmar, were declared as quinoa seeds.

The inspection found that the products, contained in 6,799 sacks weighing 169,800 kilogrammes, were poppy seeds. Authorities announce the seizure of poppy seeds worth over 25 million baht on Friday. (Photo by Jerdsak Saengthongcharoen) 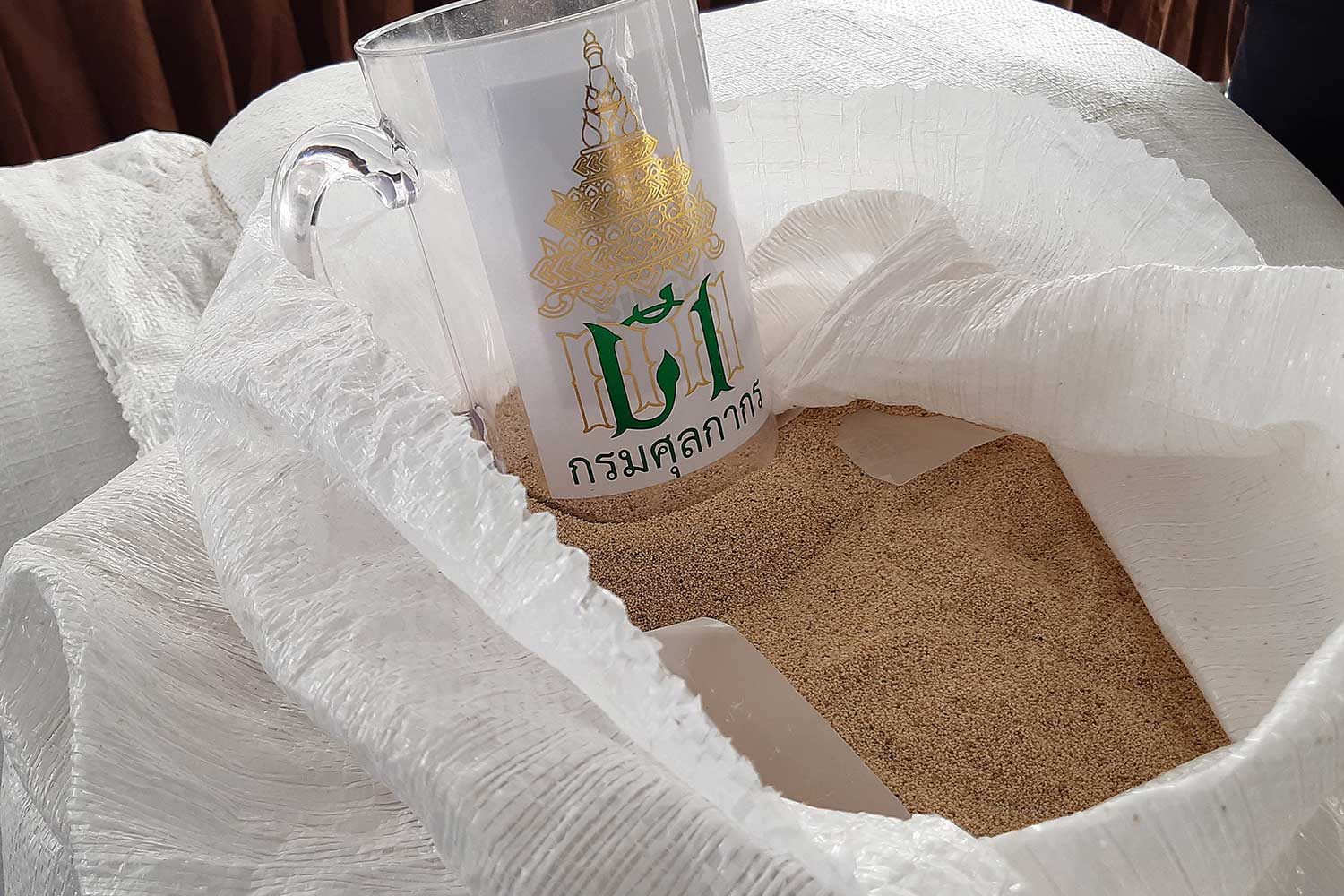 The seeds were declared as quinoa on the shipping manifest. (Photo by Jerdsak Saengthongcharoen)