On the edge: Two other elephants, which look exhausted, gather at the edge of a cliff before being helped to safety yesterday afternoon. The waterfall has been closed to the public following the incident.

Authorities are trying to help two wild elephants after six from their herd died after falling from the top of Haew Narok waterfall in Khao Yai National Park on Saturday morning.

A team of park officials who were pushing elephants back into the forest from Highway 3077 in Prachin Buri heard loud elephant calls coming from Samor Poon creek near the waterfall about 3am yesterday.

Around 6am, they went to check and found an elephant calf, aged around three years, drowned on the first tier of the waterfall. Two elephants were spotted trying to help the calf. They looked exhausted.

The officials went down to the area below the waterfall and found five more elephants had drowned, said Khanchit Srinoppawan, chief of the national park. The waterfall has been closed to the public following the incident.

Mr Khanchit said more park officials and rescue workers were deployed and ropes were used to help the two other struggling elephants at the waterfall. 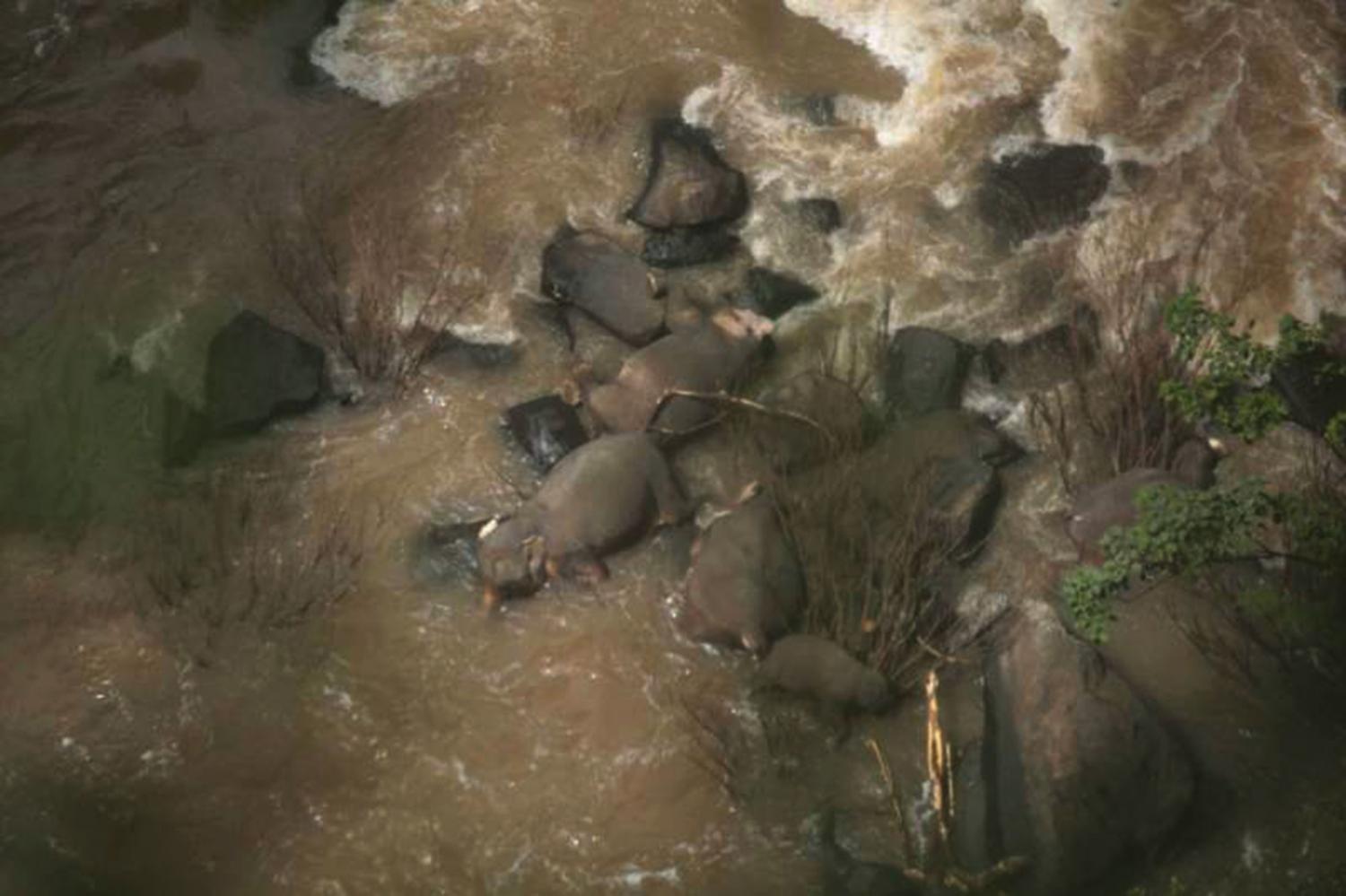 Jumbo carnage: The bodies of six elephants are seen at the base of Haew Narok waterfall, which is part of Khao Yai National Park, yesterday.

Haew Narok is the largest and one of the most picturesque waterfalls inside Khao Yai National Park. Before the Prachin Buri-Khao Yai Road was built, visitors had to travel at least six hours on foot to reach the waterfall.