The wrecked passenger van after it ran into the rear of a lorry in Ko Kha district of Lampang on Tuesday. Three injured students on their way to receive study scholarships were killed. (Photo by Assawin Wongnorekaew)

LAMPANG: Three vocational students were killed while on their way to receive scholarships in Bangkok when the passenger van they were travelling in crashed into the rear of a lorry early on Tuesday.

The van, with 16 passengers and a driver, rear-ended a 10-wheel truck loaded with corn on Phahon Yothin road in Ko Kha district about 1am. All on board were injured, six of them seriously.

The three deceased students studied at the Northern Mubankhru Technological College Lamphun campus and were travelling to the main campus in Bangkok to receive scholarships, he said.

Ten-wheeler driver Somyot Thongsri told police he was travelling in the left lane when he heard another vehicle crash into the back of his truck. He stopped and checked to see what happened and then called police.

A family car with five people inside was following the van and the driver lost control as he swerved to avoid it. The car hit the concrete median strip.

Car driver, identified only as Somchai, said he, his wife and three young sons were relocating from Chiang Mai to Bangkok. His wife and children were injured, according to police.

It was the second fatal accident involving vocational students in less than two weeks. Thirteen students from Sisaket Technical College in Si Sa Ket died when their pickup truck flipped over in Samut Prakan on Sept 29. 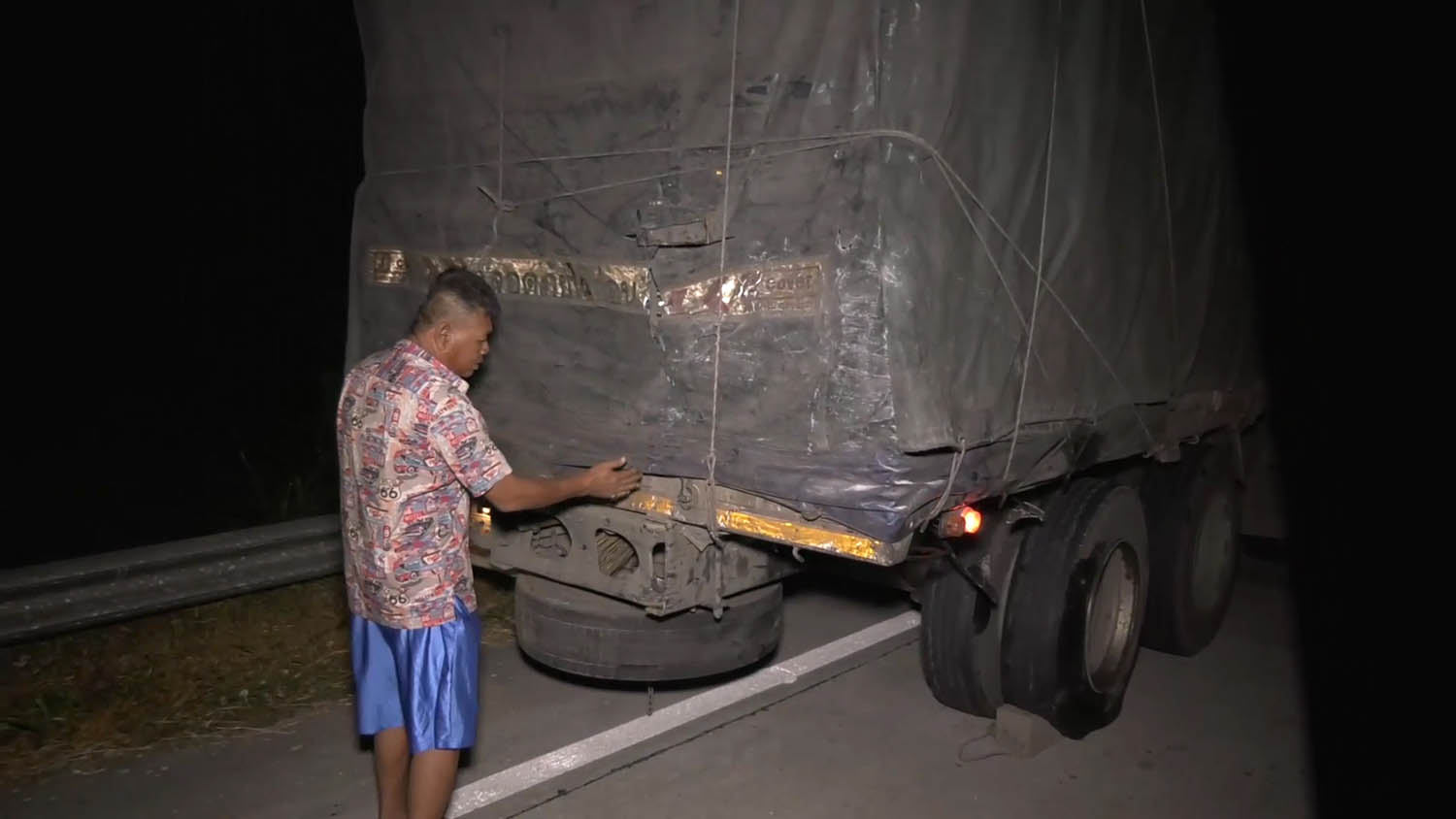