Local residents inspect road construction work in Muang district of Buri Ram, where some were asked to pay the contractor directly for drainage pipes. (Photo by Surachai Piragsa)

BURI RAM: Suspicious local residents are calling for an investigation after a contractor working on a government road extension project asked them to pay him directly to have drainage pipes installed.

Residents and shophouse owners along the Buri Ram-Prakhon Chai Road in tambon Samed in Muang district have lodged a complaint with the government’s Damrongtham centre over the practice.

The contractor was hired to install drainage pipes alongside the four-lane road extension from an intersection in front of Chang Arena to the Pattrabopit intersection. The residents said he asked them to pay money to have pipes installed in front of their houses or shophouses.

Some were asked to buy pipes and pay for installation fees. Several said they had already paid between 10,000 and 20,000 baht each.

Natthamet Suwansrithewee said on Saturday that he did not understand why local residents had to pay for the installation as the road extension was financed from the government budget. Saying it was not right to collect money from local residents, he refused to pay and brought the case to the attention of the Damrongtham centre.

Theerasak Tenphusa, a tyre supplier and operator of a used car tent, said he had paid almost 10,000 baht to buy new pipes and another 5,000 baht to the contractor to install them. He said he felt he had no choice as he feared customers would not be able to enter his premises if the pipes were not installed.

He said he sought an explanation from Highway Department officials but was told to talk with the contractor.

He also expressed doubts about the need for local people to pay extra for work covered by a government contract.

Raphin Sirikomet, 47, who is bedridden in his home, said the contractor told him on Monday that workers would install pipes in front of his house, but he had to buy the pipes.

As he had no money, he had to borrow a gold ring from his 77-year-old mother to pawn. He then asked his nephew to buy 12 pipes for 5,400 baht. He paid another 500 baht to the contractor, or 5,900 baht in total for pipes and installation. 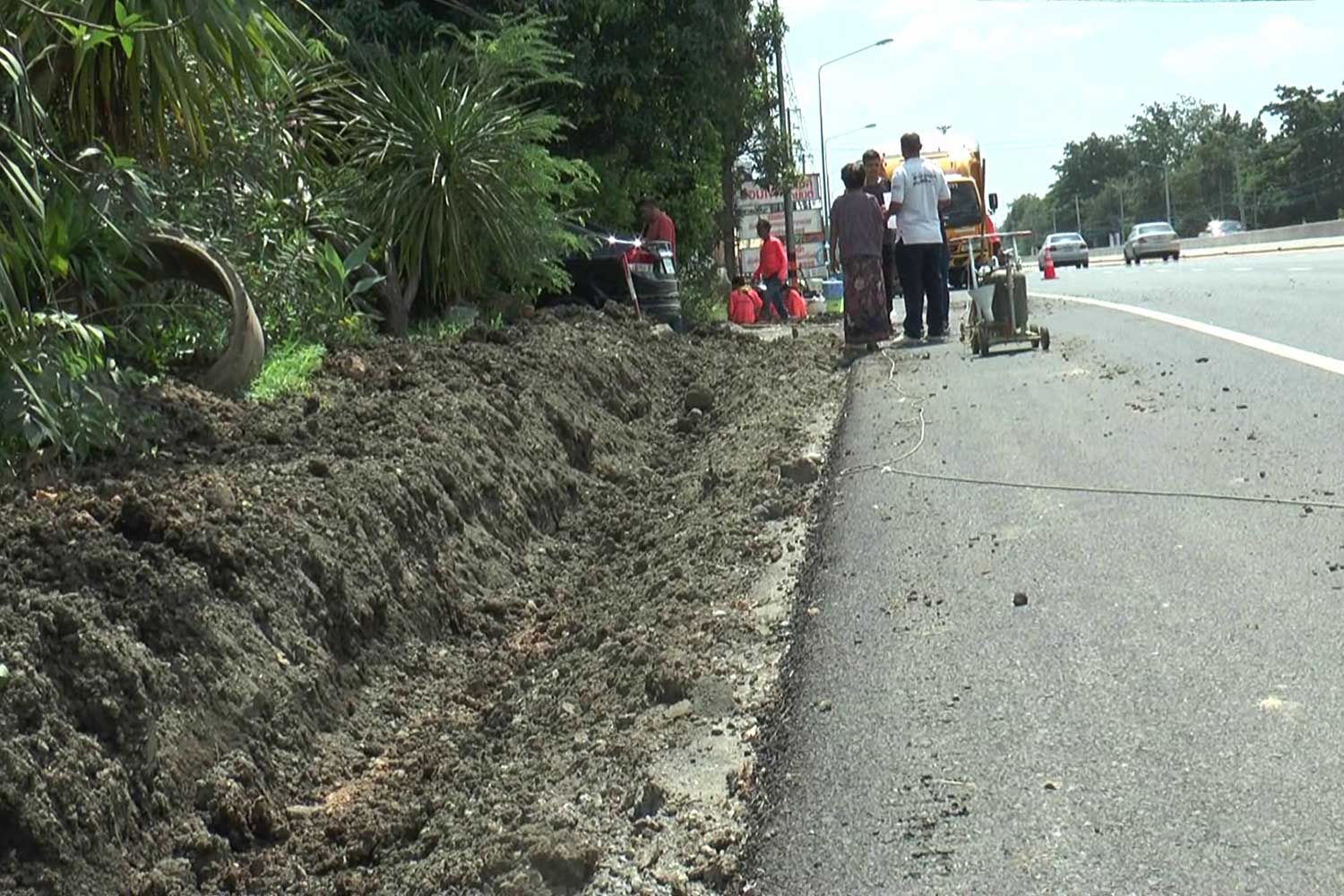 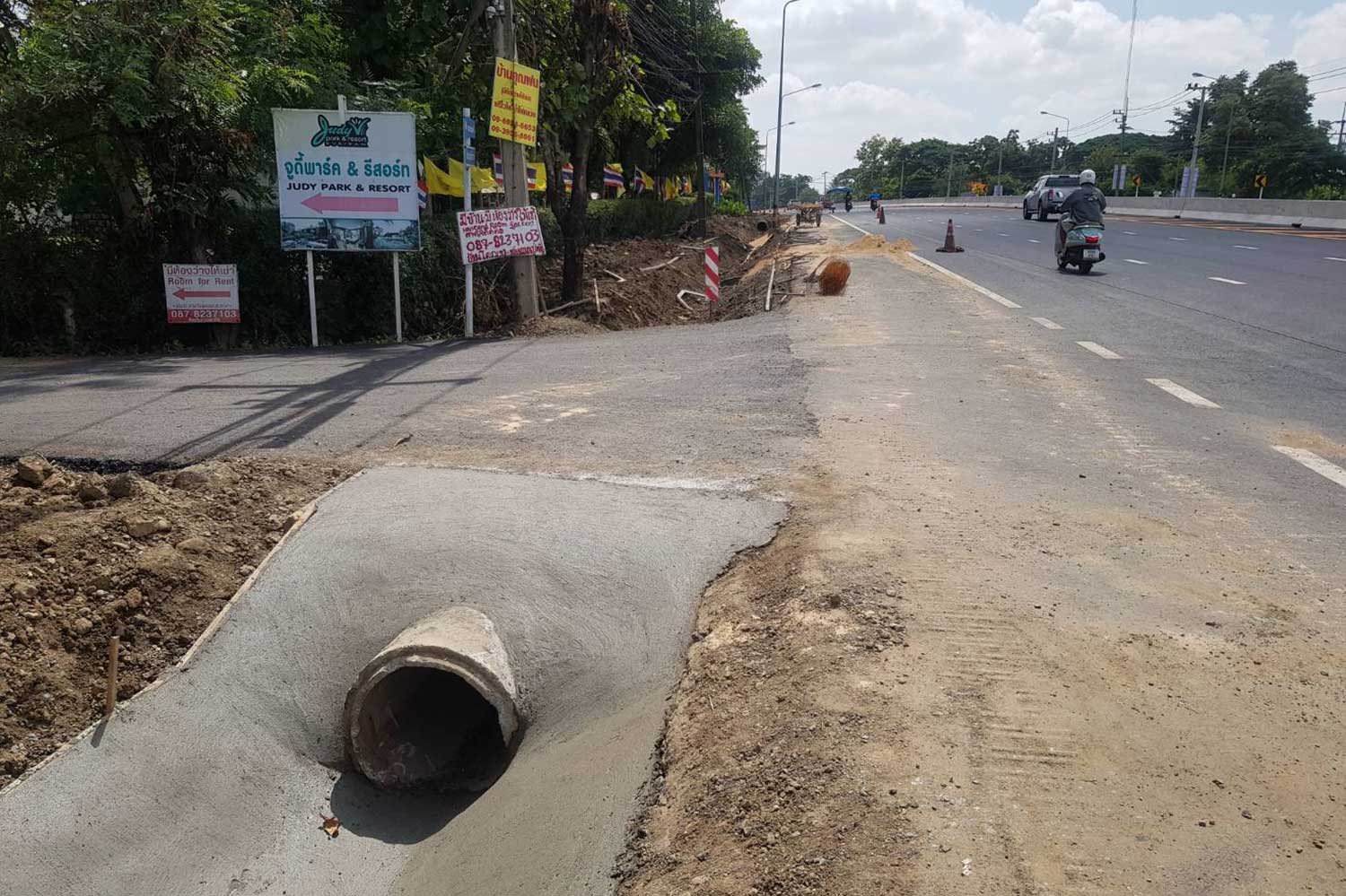 Pipes are being installed along a road extension but local residents have been asked to pay for them. (Photo by Surachai Piragsa)