Police are investigating the death of a German woman after arresting a German man for allegedly dumping her body into a canal.

Immigration Police Commissioner Lt Col Sompong Chingduang said on Tuesday that the dead woman, 77-year-old Margund Schaefer, co-owned a bar in the resort town of Pattaya with Richard Stanislaus and shared a house with him and his Thai girlfriend.

The police began their investigation of the case at the request of German authorities after Schaefer's relatives reported losing contact with her.

Police launched a search for both Schaefer and Mr Stanislaus in the eastern province of Chonburi, and interrogated Mr Stanislaus after finding that his visa had expired in 2017. 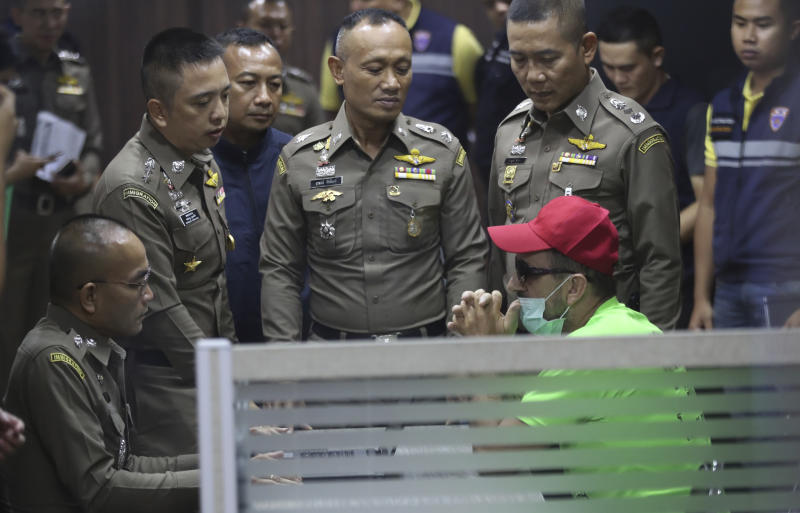 Mr Stanislaus's girlfriend told police he had been living in part on pension money sent to Schaefer. Police said 52-year-old Stanislaus is wanted in Germany on several fraud charges and that he is reported to have committed previous crimes involving swindling the elderly.

His girlfriend told police that Schaefer fell in the bathroom and died in January. She said Mr Stanislaus put her body in a box and dumped it in a canal where it was later found. DNA tests and dental records established that it was Schaefer.

Police said forensic tests could tell them if Schaefer died by accident or murder.

“We found out that Mr Richard and Mrs Margund opened a beer bar together in Pattaya but the business was unsuccessful,” said Lt Col Sompong at a news conference where Stanislaus was present but didn't speak. “That led them into an argument. A Thai witness said they had an argument before the victim went and took a shower. But whether or not the argument led to a murder, we can't say at this point.”

Vietnam confirmed its eighth coronavirus death, according to the health ministry.

HONG KONG: China's new security law has cast a threatening shadow over Hong Kong's dynamic book industry, with anxious publishers combing through back catalogues for potentially "subversive" material, and looking to Taiwan as a safe haven for printing fresh titles.

The government on Tuesday reported one new case of Covid-19, a Russian woman in quarantine, and no new deaths.