Italian arrested after ecstasy found in noodles mailed from Europe

A packet of instant noodles, with a plastic bag containing 500 ecstasy pills, sent from the Netherlands to an Italian man living on Koh Phangan in Surat Thani province. (Photo by Supapong Chaolan)

SURAT THANI: An Italian has been arrested and methamphetamine powder seized from his house on Koh Phangan after 500 ecstasy pills were found hidden in packets of instant noodles sent to him from the Netherlands.

Pol Col Suparuek Phankosol, superintendent of the Surat Thani immigration, said on Wednesday that customs officials inspected a parcel at the Bangkok Mail Centre on Oct 21.

It was sent from the Netherlands to a person in Koh Phangan district of Surat Thani. An inspection found 500 pink ecstacy pills, about 205 grammes, hidden inside packets of instant noodles.

Investigators obtained a search warrant for the home of the addressee, Naomi Cometto, on Koh Phangan.

Police went to tambon Koh Phangan and found an Italian man, 39, staying at the house with his Thai wife and their five-year-old daughter.

Pol Col Suparuek said a search of the house found 15.77 grammes of methamphetamine powder in  a can labelled almonds hidden on the ground floor of the raised house, and some used syringes.

During interrogation, the Italian suspect said he and his family had lived on Koh Phangan for two years. He did not work, and liked to go to the parties held on the island. He received financial support from relatives in Italy, who gave him 25,000 baht a month.

His Thai wife earned a living by selling goods online and at a weekend market.

He allegedly admitted buying the methamphetamine powder from a French man identified only as Francis at a party on Koh Phangan, and that he took some of the drug a week ago by heating it in a microwave and then inhaling it.

He was handed over to Koh Phangan police on a charge of having illicit drugs in his possession with intent to sell. 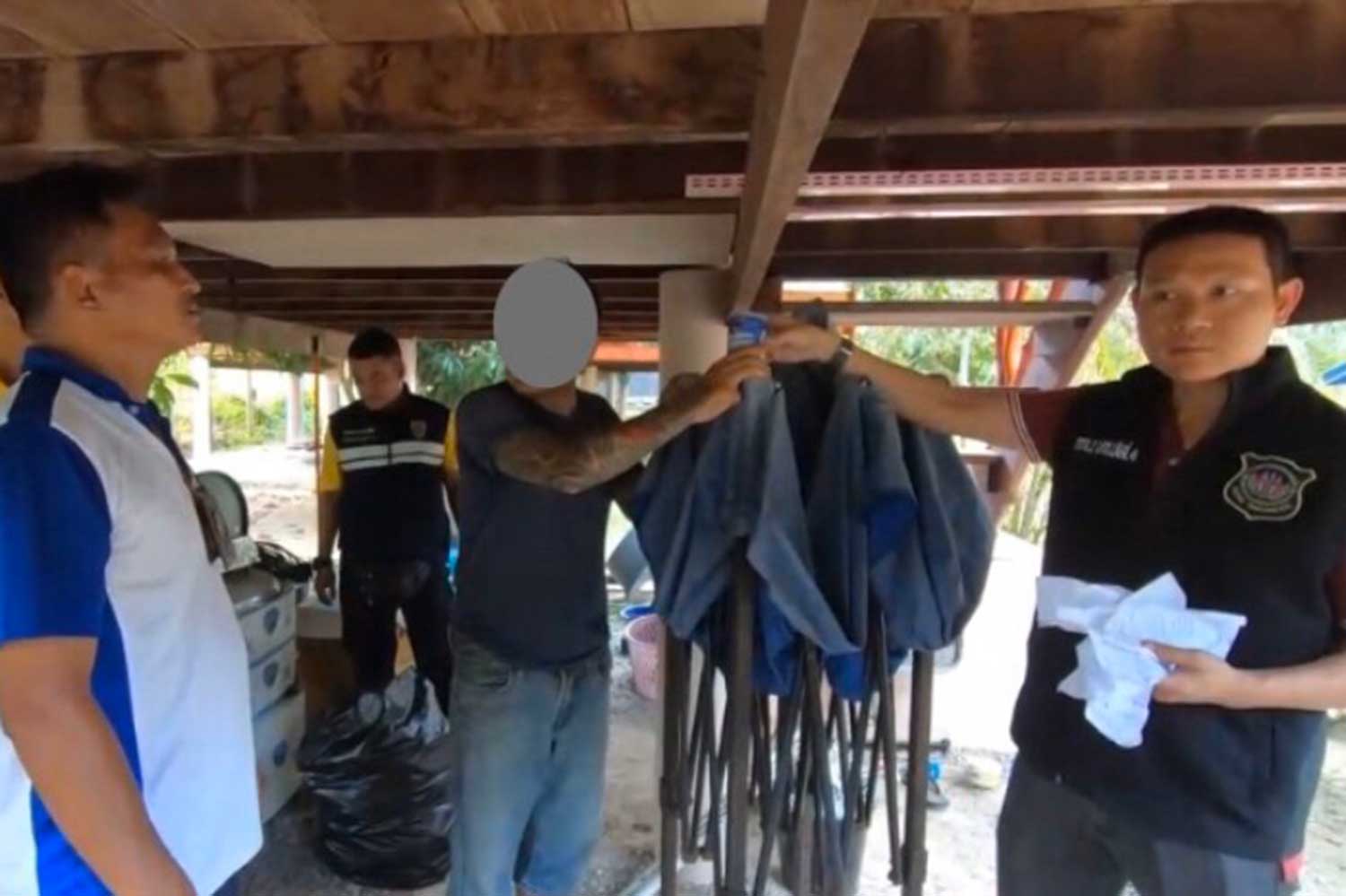 Police find methamphetamine powder in an almonds tin during a search of the house on Koh Phangan in Surat Thani. (Photo by Supapong Chaolan) 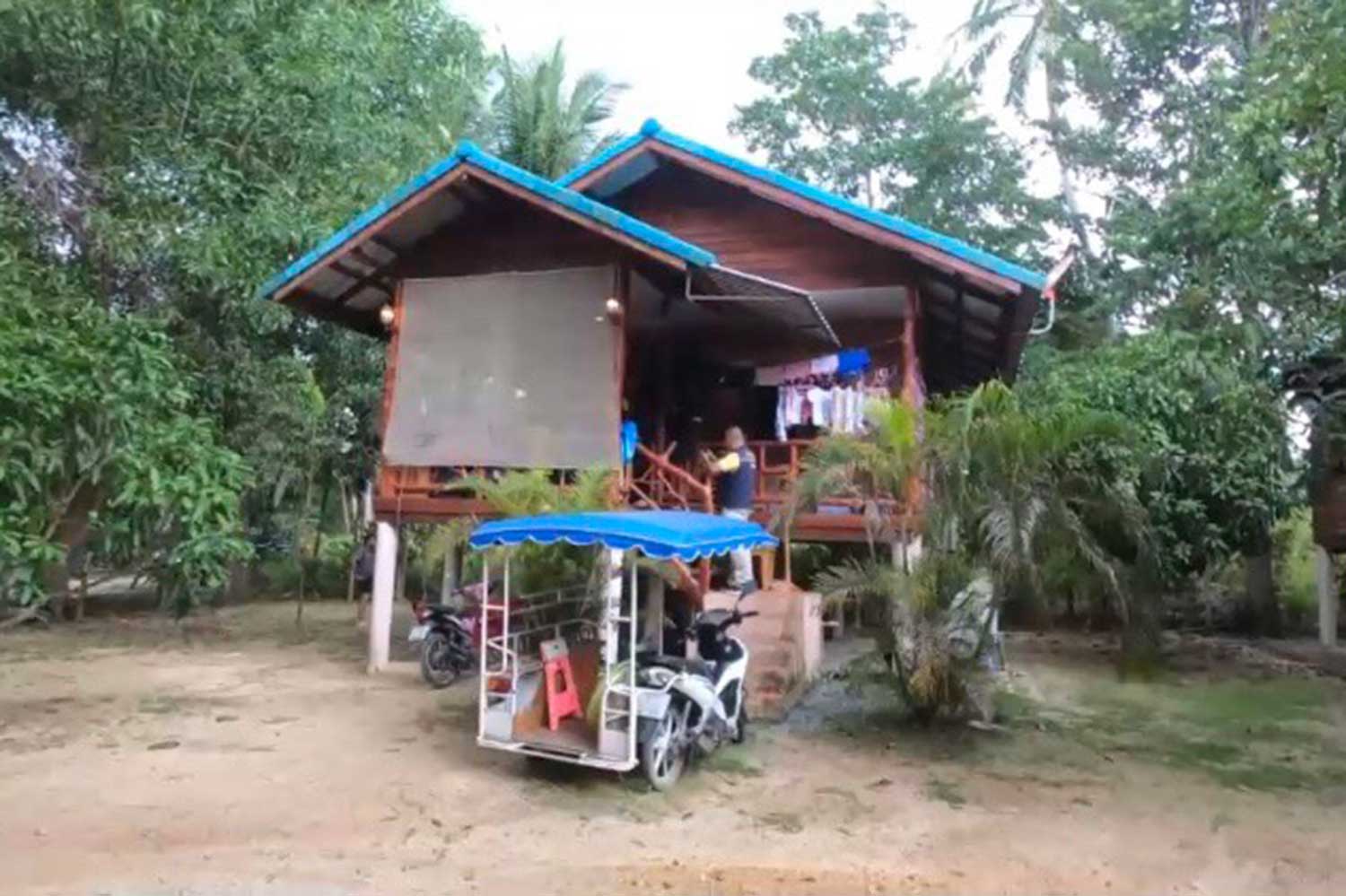 The Italian suspect lived in this house with his Thai wife and their young daughter. (Photo by Supaong Chaolan) 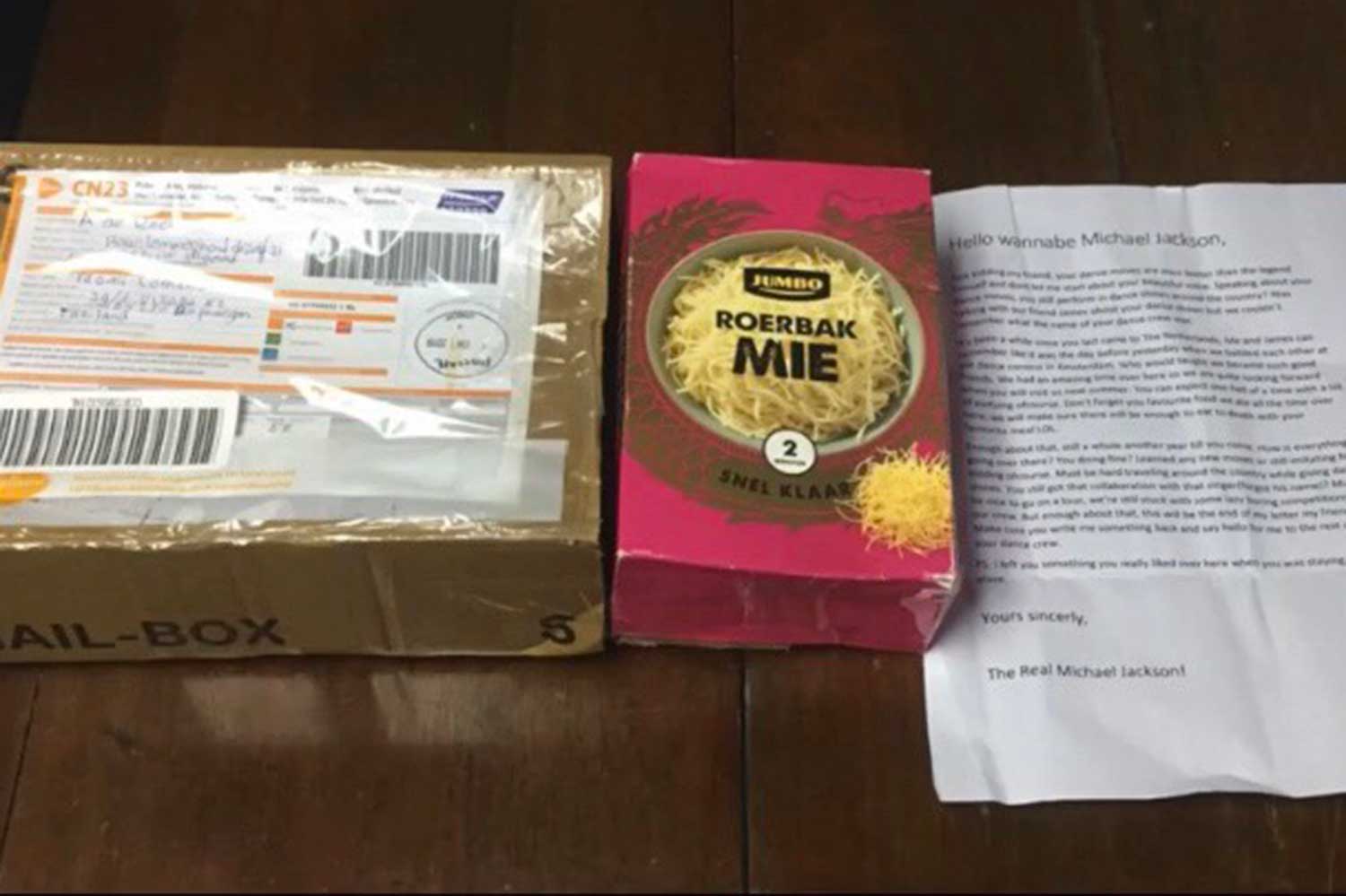 Ecstasy pills were hidden in these instant noodles sent from the Netherlands to the  Italian suspect in Surat Thani. (Photo by Supapong Chaolan)