Sand dunes are visible in many sections of the Mekong River in Nakhon Phanom as the water level drops to critical levels. (Photo by Pattanapong Sripiachai)

NAKHON PHANOM: The water in the Mekong River has fallen to a critical level, recorded at only 1.50 metres on Tuesday, lower than previous years. Sand islands are now exposed along many sections of the waterway.

Inadequate rainfall has also left many reservoirs in the province at only 20-30% of their holding capacity. The Mekong River’s tributaries are running dry, local media reported.

As the water level falls, riverbed sand dunes been exposed in many sections of the Mekong in Muang district, making navigation difficult for cargo vessels and fishing boats.

Arthit Phanasoon, 65, chairman of the Nakhon Phanom environmental conservation club, said on Tuesday the Mekong River was at its lowest level in almost 100 years.

He cited research studies that blamed construction of dams in China and Laos as major factors in causing the problem. This sent a dangerous sign that the water shortage would be severe.

The river's ecosystem would be badly damaged as fish could not make their annual migration upstream to spawn. The livelihoods of fishermen would suffer, Mr Arthit said. 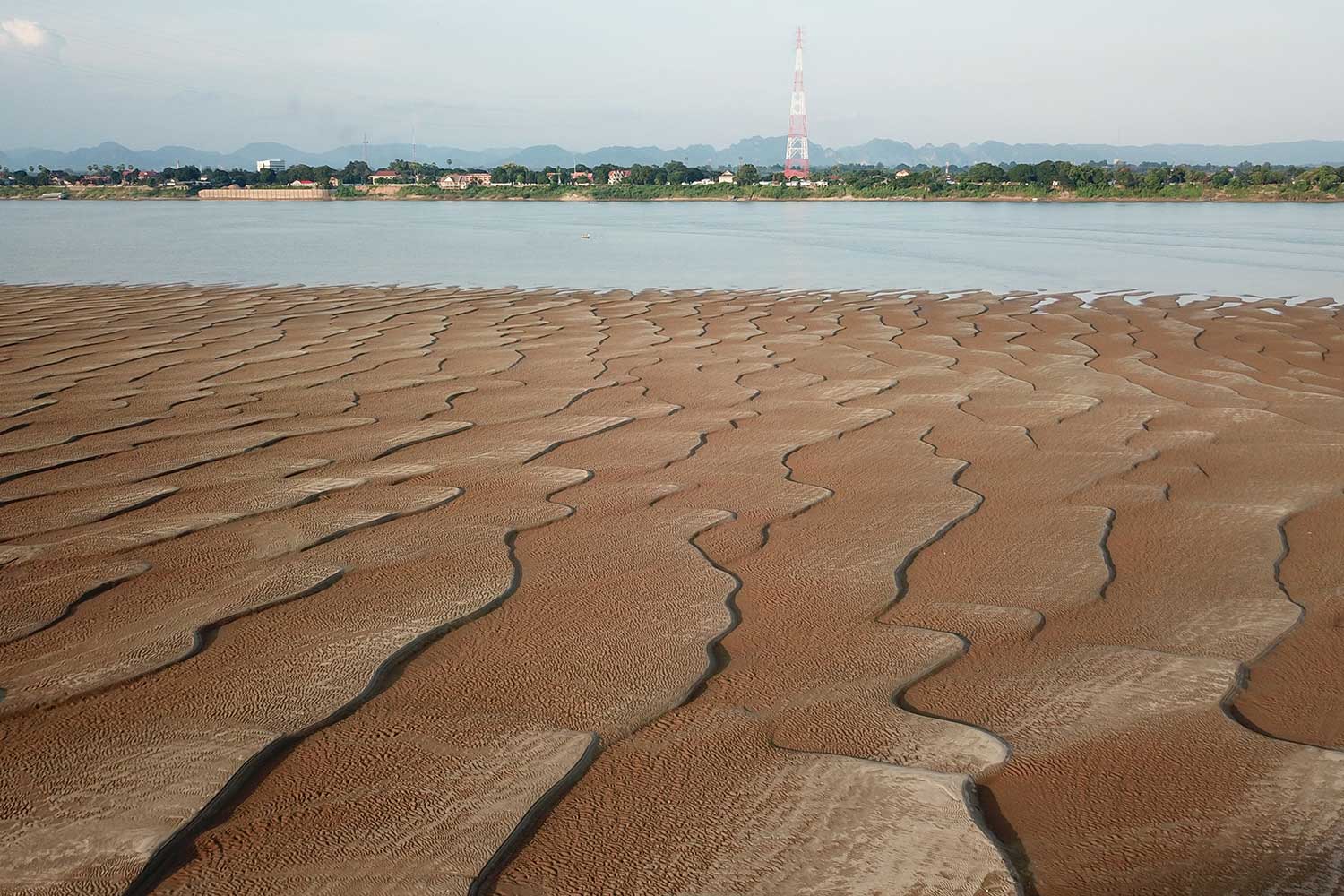 The water level in the Mekong River in Nakhon Phanom province continues to drop, with sand dunes emerging in many sections of the river. (Photo by Pattanapong Sripiachai)