BURI RAM: A police investigation chief was found hanged at his official residence in Nang Rong district on Wednesday.

Pol Lt Col Supasit Somsri, 48, had used the cord from an iron to hang himself from the railing of a staircase in front of the bathroom of the two-storey police residence near the Nang Rong district office, said Pol Capt Naphat Sutthithanakul, deputy investigation chief at the same police station.

The officer was believed to have died at least 4-5 days before his death was reported, said a doctor. There were no traces of a struggle, and no bruises were visible on his body.

Police investigators speculated that stress from his work, debts or a family problem might have driven him to take his own life.

Pol Lt Col Supasit had recently divorced from his wife and was living alone at the residence.

Ms Jidapa Duangcha-um, 40, younger sister of his divorced wife, said she had not seen her former brother-in-law since about two weeks after the relationship with her sister ended a few months ago.  However, her sister told her that she met him last Saturday to talk about financial support for their children.

Police said his body would be taken to a local hospital for a post-mortem examination. 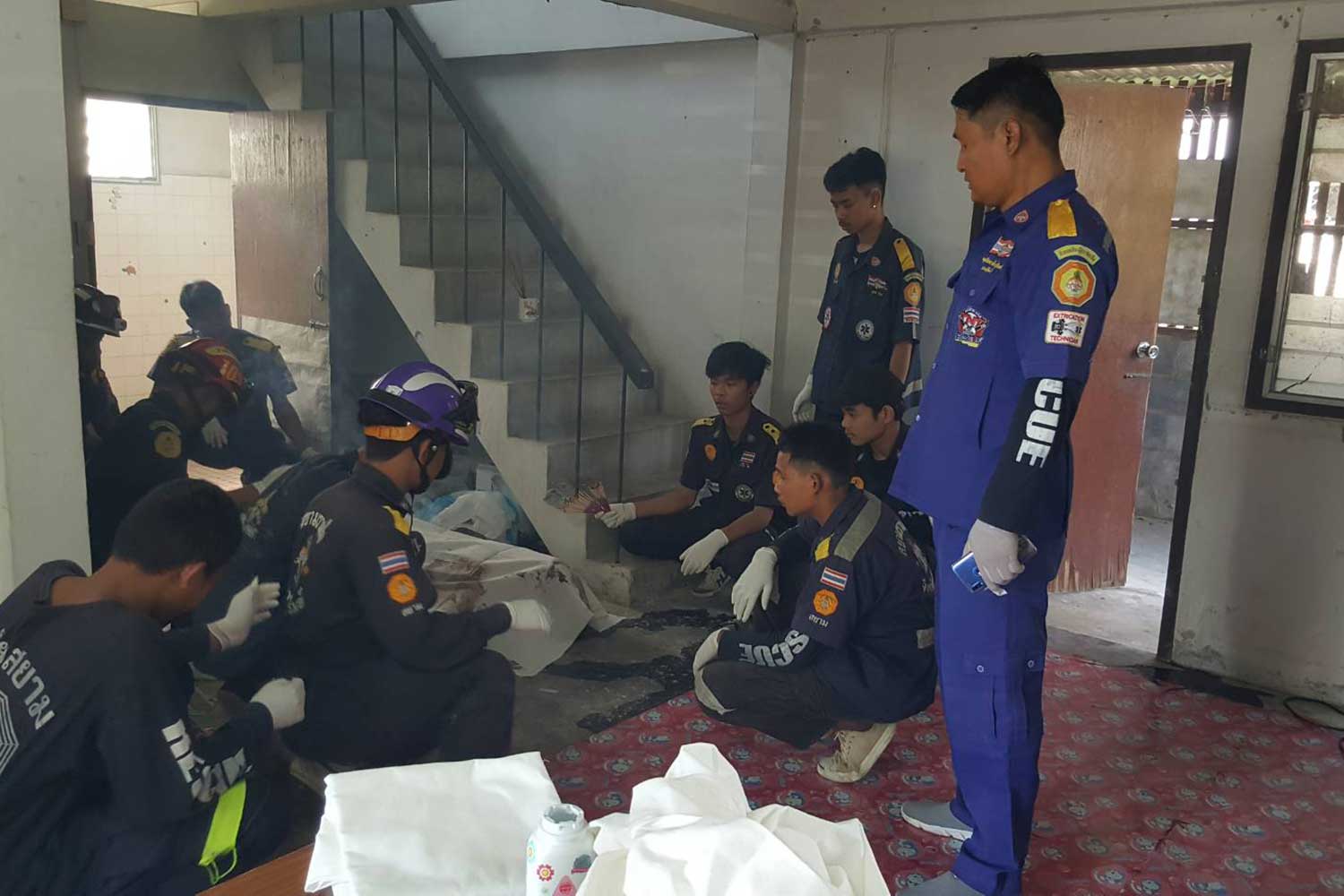 The body of the Nang Rong investigation chief was found hanged from the railing of a staircase on the first floor of the house in Nang Rong district, Buri Ram. (Photo by Suparachai Piragsa)