Withun Sitabut, 39, seated, the prime suspect in the murder of a wealthy woman whose body was found in a refrigerator in Chiang Mai, after his capture in Nakhon Sawan by team of Crime Suppression police on Thursday. He was carrying 1.2 million baht cash and a 5-baht weight gold necklace, and was riding a new motorcycle he paid 160,000 baht for. (Supplied photo)

The prime suspect in the murder of a wealthy woman whose body was found in a refrigerator at a house in Chiang Mai has been arrested in Nakhon Sawan province.

Crime Suppression Division police detained Withun Sitabut around 2pm on Thursday while he was riding a motorcycle with no licence plates on Road 1072 in tambon Nong Kradon of Muang district of the lower northern province.

Mr Withun, 39, from Lampang, was wanted on an arrest warrant issued on Tuesday on charges of robbery resulting in the death of Ms Wannee Jiracharoenying in Chiang Mai.

Police seized 1.2 million baht cash and a 5-baht weight gold necklace found in his possession, and the motorcycle, as evidence.

CSD investigators initially learned that Mr Withun was heading for Kanchanaburi province. They also found out the suspect had spent 160,000 baht buying a motorcycle at a shop in Nakhon Pathom.

They reported it to the CSD chief, who sent a team to hunt him down.

On Wednesday night, CSD police were told Mr Withun had travelled to Muang district of Kanchanaburi and then to Lao Khwan district of the western province. The suspect then took a road through Dan Chang district in Suphan Buri to Chai Nat, and then on to Nakhon Sawan, where he was caught on Thursday. (continues) 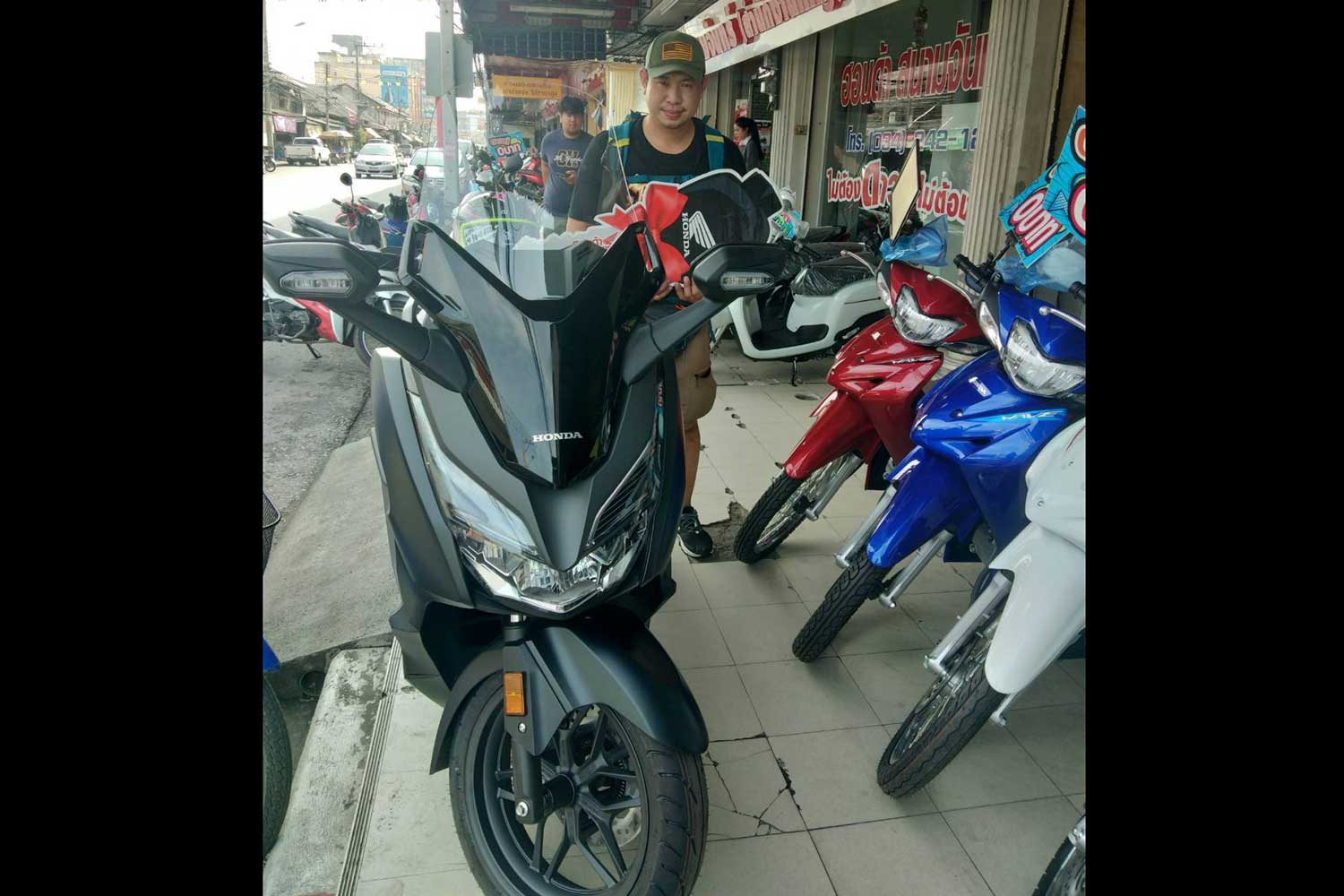 CSD chief Jirabhop Bhuridej said he had reported the suspect's arrest to national police chief Pol Gen Chakthip Chaijinda, who had ordered the manhunt for Mr Withun.  The suspect would be taken to the Police Region 5 office.

Ms Wannee, 58, a wealthy woman from Bang Phli district of Samut Prakan, was found dead by police on Sunday in a refrigerator in a commercial building where she lived in Chiang Mai’s Chom Thong district after her relatives filed a missing person report.

The woman’s hands and legs were bound and her body was placed in the fridge and covered with cement with the fridge still running.

Police said he first met the victim when he took her and a group of Buddhist nuns to a temple for dhamma practice. They later became friends and went shopping together.

The man was also filmed on a security camera using Wannee’s ATM card to withdraw money in Rayong’s Muang district.  He was also caught on camera withdrawing cash from ATMs in Chiang Mai, Lamphun and Lampang before heading to Royong.

A BMW car owned by Wannee and allegedly stolen by Mr Withun had been found abandoned in a wooded area in Chiang Mai’s Saraphi district.

Earlier, a woman said to be a girlfriend of Withun was detained at Chiang Mai airport for questioning.

The woman, identified only as Nam, was detained on arrival in the northern province after a trip to Koh Samet in Rayong province with Mr Withun.

She told police Mr Withun paid for her trip, both the return flight from Chiang Mai to Bangkok and a car rental to take them from Bangkok to Koh Samet, where they checked into a luxury resort and went on a spending spree. 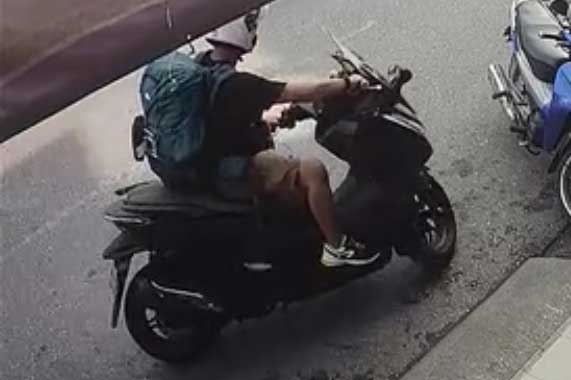 The suspect travels along a road in Muang district of Nakhon Sawan before he was arrested by Crime Suppression Division police on Thursday. (Supplied photo) 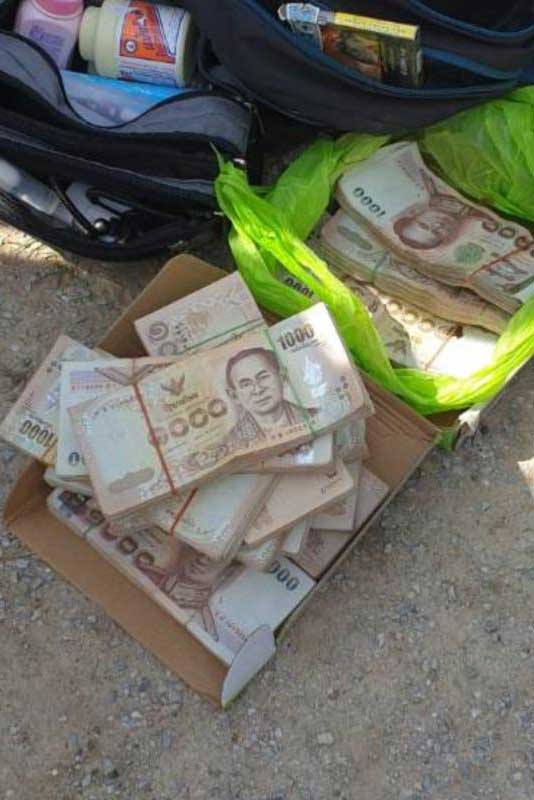