The National Science and Technology Development Agency's (NSTDA) research team -- which consists of 19 people -- is responsible for developing DentiiScan 2.0, the first Thai-made cone-beam computed tomography (CBCT) dental scanner. The team was recently presented with the Outstanding Technologist Award 2019 by the Foundation for the Promotion of Science and Technology under the Patronage of His Majesty the King.

To learn more about this award-winning research and its benefits to Thais, the Bangkok Post held an exclusive interview with Prof Pairash Thajchayapong, the principal investigator of this research project.

How do you feel about winning this award?

First of all, I feel grateful to HRH Princess Maha Chakri Sirindhorn for presenting the Outstanding Technologist Award 2019 to me at the 45th Congress on Science and Technology of Thailand (STT 45).

I attended the award-presentation ceremony in my capacity as the principal investigator of the research project. The event, which was organised by the Science Society of Thailand under the Patronage of His Majesty the King, took place on Oct 7 at Mae Fah Luang University in Chiang Rai.

I am also impressed that the award is shaped in the form of Super Mod, a sailboat invented by King Rama IX who has been the Father of Thai Technology.

Secondly, my thanks go to the Science Society of Thailand under the Patronage of His Majesty the King for granting this award to my 19-member team.

We are proud because the panel selecting the winners have very carefully reviewed our work. In addition to a paper review, panel members also inspected our lab and factories used during our initiative's pilot phase. They also asked serious questions regarding our work and we are glad about that as it speaks volumes about who can win this prestigious prize.

Can you tell us more about your award-winning research? What is it about exactly? And how does it work?

When we x-ray a human body, such as a human head, an x-ray image doesn't really provide all the details. The human skull, after all, absorbs most of the x-ray. However, if we x-ray the head from every angle or from every degree to make a full rotation of 360 degrees, we get millimetre-thick cross-section images that can be compiled into a 3D image through a computer system leveraging mathematic algorithm-based software (Radon and Fourier). 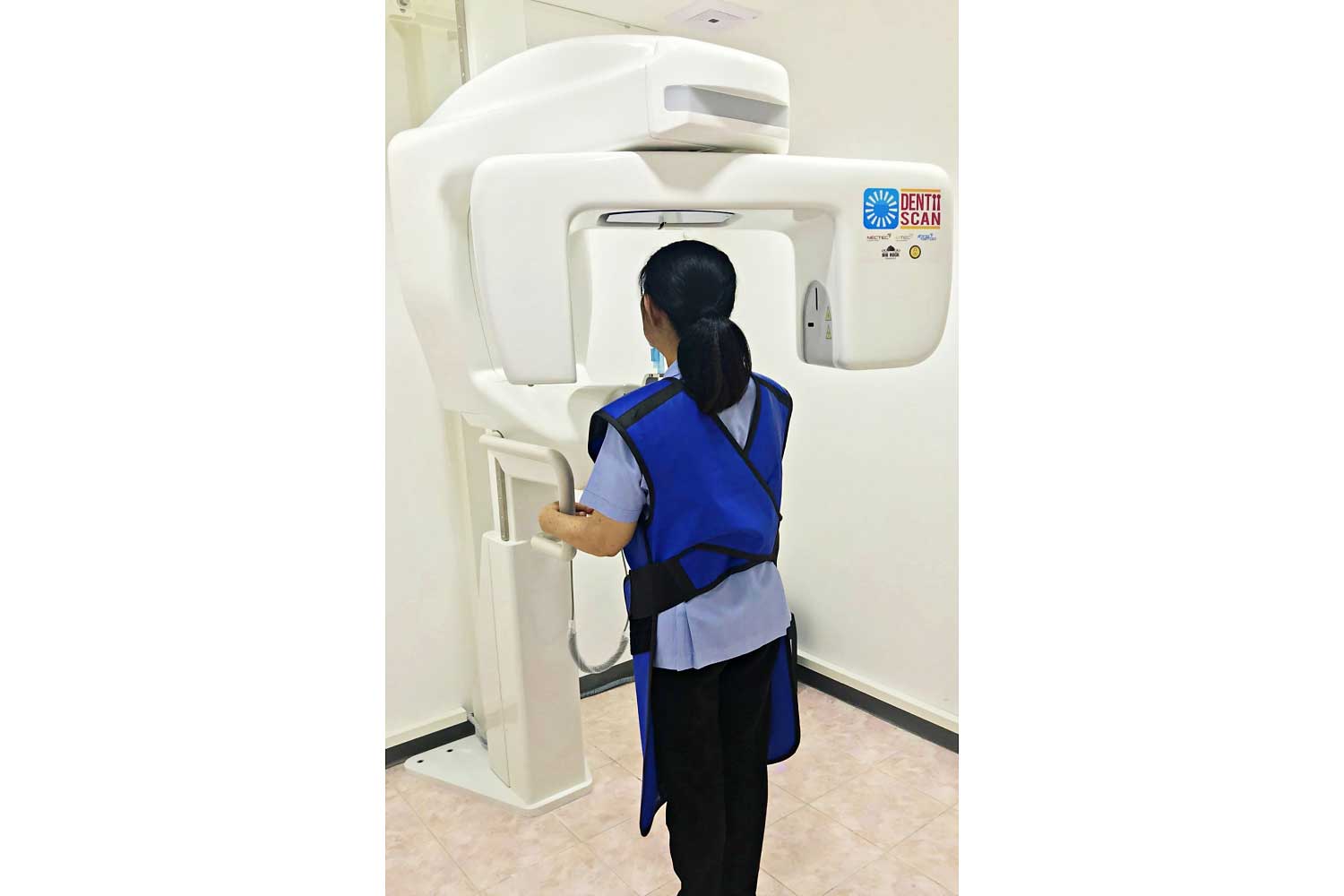 In the past, we had to rely on computer systems for compiling x-ray cross-sections by placing them on top of each other one by one to create a 3D image of the head. However, today, the "3D Cone-Beam Computed Tomography" can produce a 3D image of a skull in just a single scan. Doctors can then use this 3D image for an accurate diagnosis and to perform precise surgery. Subsequently, doctors can flip the image around and look at the skull from any angle before going ahead with (computer-assisted) surgery. It really is possible to examine any position of the 3D model. Besides, a single scan means that patients are exposed to a lower dose of radiation. In fact, radiation output from our research-based devices is about 10 times less than that of big machines used at hospitals.

What are its benefits? What will Thais get from your research?

Our research has led to the creation of three kinds of medical devices.

The first, DentiiScan, is used to examine oral cavities, jaws and skulls to plan for treatment. At present, DentiiScan has already been installed at about 60 state hospitals and medical schools not just in Bangkok but also several other provinces.

I have visited these hospitals and talked to their doctors. From my visits, I have learned that DentiiScan is now being used to plan dental implants and surgeries for diseases such as ameloblastoma, odontogenic sinusitis, impacted tooth, and cysts of the jaw. Also, the device is proving useful in surgeries to treat broken jaws among motorcycle-accident victims.

The second, MobiiScan, is different from DentiiScan in that it is mobile and can be moved to different operating theatres easily. It can be placed right next to a surgical bed and it can even scan a patient while he or she lies down. Doctors are using MobiiScan to fix craniofacial deformities, especially in planning surgeries for children with cleft lip and cleft palate. We have installed MobiiScan at Chulalongkorn Hospital of the Thai Red Cross Society, the Chiang Mai University Hospital, and the Prince of Songkla University Hospital.

The third, MiniiScan, has been deployed to capture images of small areas such as breast tissue to support routine work such as mammograms.

Normally, a doctor uses a mammography machine to image the breast tissue but since the machine only creates a 2D image, it is difficult to clearly determine whether calcium deposits which cause cancer have fully been or not removed.

Moreover, mammography equipment is usually installed far from operating theatres which means treatments requiring mammography are subject to a sequence of procedures. However, MiniiScan is small in size and delivers 3D images and it can be placed inside an operating theatre.

In short, a surgeon can now conveniently check the tissues that were just removed from the breast on the spot to ensure all dangerous calcium deposits are gone. At the moment, MiniiScan is being used at the Prince of Songkla University Hospital. DentiiScan, MobiiScan and MiniiScan devices have already been used 7,000, 1,000 and 100 times respectively.

What kind of assistance do you get from the government?

We have often described Thailand as the region's medical hub because Thai doctors are highly capable.

However, we have hardly recognised the fact that Thailand has imported a large number of medical devices. The greater the performance of these devices, the more expensive they are. The poor and the underprivileged often find it difficult to access such devices and that hardship is even more pronounced in rural areas.

I would like to thank the previous government, in particular (Former Science and Technology) Minister Suvit Maesincee, for visiting us at the NSTDA and approving the fund for the installation of 50 of our devices before the end of this year. We have installed these devices even at district-level hospitals.

In addition, we have been given a fund to provide additional dental-implant training to dentists at these hospitals so that they can acquire greater expertise and in turn handle more cases.

For example, many patients, due to genetic problems, grind their teeth (bruxism). However, thanks to the fund, such patients can access our devices for dental implants.

It should also be noted that many children born to impoverished Thais such as the hilltribes people have cleft lip and cleft palate. I have seen many such cases at the Chiang Mai University's Faculty of Dentistry and I am glad that our devices can reach these patients.

I would like to emphasise that if a real effort is made in our country, research which focuses on manufacturing is also possible.

On top of this, the results will benefit the poor, but if we do not engage in research and development and support manufacturing, hard-earned money from Thailand's agricultural sector will simply go to industrialised countries. We will have to buy devices that other countries produce.

To prove this point, I will give an example. An imported DentiiScan costs 4.5 million baht more than a similar homemade device produced in Thailand. This means that if we use 60 domestic-made DentiiScan devices, we will save 270 million baht.

The development of the CBCT scanner shows the success of local R&D and its positive impact on the country. It enables local manufacturing of machines which then strengthens Thailand's medical device industry.