Krathong floats made by 15-year-old "Orn" quickly sell out at her stall in front of Central Plaza shopping centre in Nakhon Ratchasima on Monday. Victimised earlier by copyright agents and fined 5,000 baht, she took in more than 16,000 baht in sales. (Photo by Prasit Tangprasert)

NAKHON RATCHASIMA: The 15-year-old girl victimised by copyright agents over krathong adorned with cartoon characters earned over 16,000 baht as people flocked to buy her floats during the Loy Krathong festival on Monday night.

The girl, nicknamed Orn, made 360 krathong floats to sell at a stall in front of Central Plaza shopping centre in Nakhon Ratchasima.

People queued up to buy her floats, priced from 50 baht to 180 baht apiece.

The delighted teenager said on Tuesday she had sold out in about one hour. She had never sold so many krathong before. In previous years, she managed to sell only about 30 floats during the festival.

She would keep half for her school fees and give the rest to her parents for household expenses.

The girl, a first-year student at Nakhon Ratchasima technical college, thanked the shopping mall for giving her space to sell her floats, and her customers for their support.

The girl's arrest and fine made news headlines after copyright agents tricked into making krathong baskets they ordered featuring cartoon characters. She was made to pay a 5,000-baht fine for so-called copyright infringement, sparking public anger.

Police are expanding the investigation after more than 40 vendors filed complaints against the same agents they accuse of bringing police action against them in a copyright “sting’’ to extort fines. 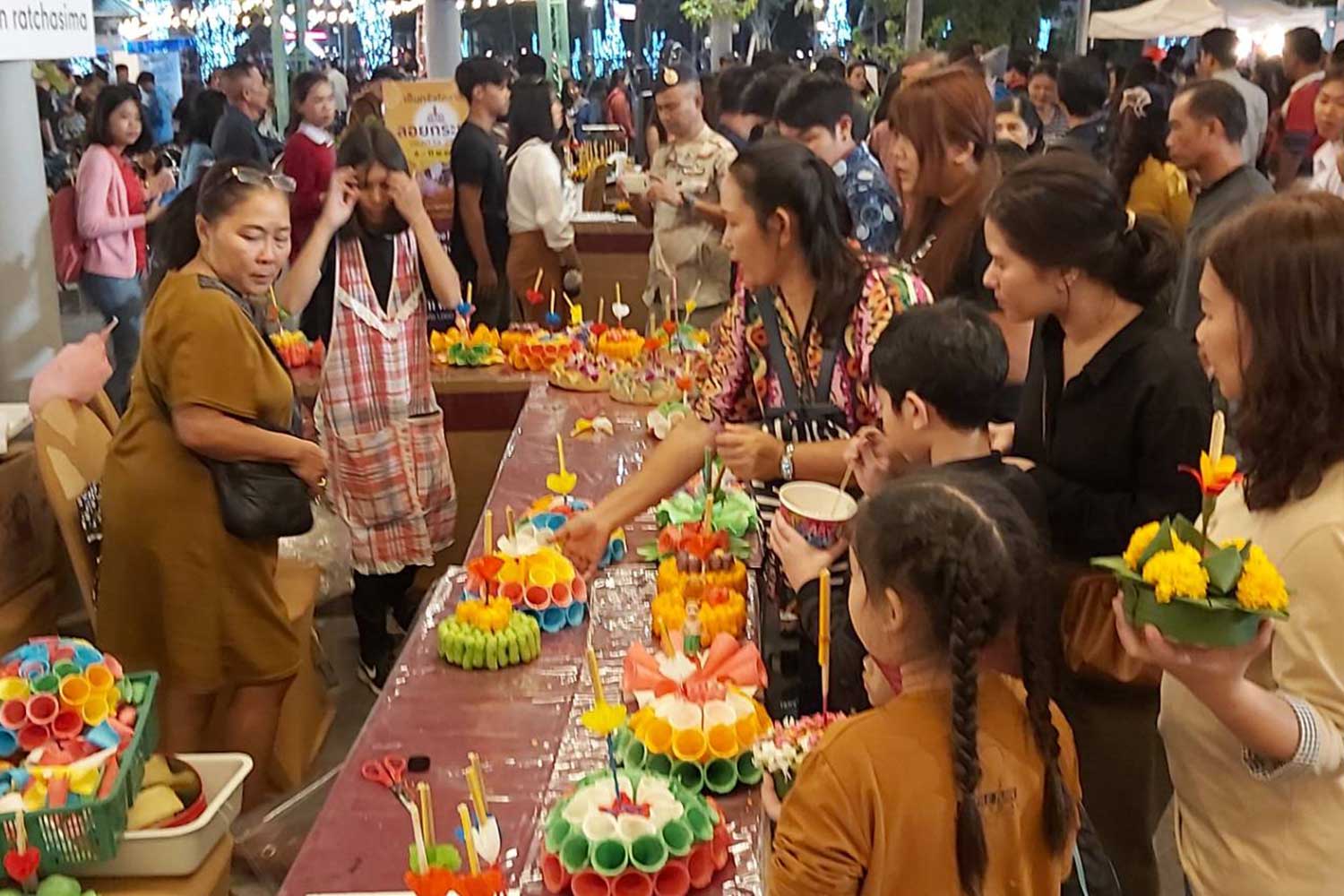 People queue buy krathong floats made by the young teen at her stall in Nakhon Ratchasima on Monday. (Photo by Prasit Tangprasert)