People gather in front of the kamnan's house in tambon Tha Khai in Muang district of Chachoengsao. The local leader was shot and seriously wounded by his wife, who also killed herself. (Photo by Sonthanaporn Inchan)

CHACHOENGSAO: A 38-year-old woman afflicted with throat cancer and other illnesses shot her husband, the local kamnan, in the head and then killed herself at their house in Muang district.

Neighbours said later the woman was stressed by her illness and her husband was popular and good looking, and this may have fuelled her actions.

The shooting in tambon Tha Khai of Muang district was reported to police about 7am, Pol Lt Jaraesak Suwannason, deputy investigation chief at Muang police station, said on Thursday.

Pilaiwan Khamdee, 38, was found dead on her bed inside the one-storey house.

Her husband, Montri Kimaphan, 42, was also lying, bleeding on the bed. He had been shot in the forehead.

A .38 pistol was on the bed and there was a bullet hole in a glass window.

The grievously injured man was rushed to Phutthasothon Hospital.

The couple's eldest son, aged 20, told police he heard three gunshots in his mother’s bedroom. He rushed to the room and found both his parents bleeding on the bed, and called for help.

He later learned that his mother had left a farewell letter to him and his 18-year-old  brother, who lived in another house with his girlfriend.

The letter read, “Mum and dad could not stand it anymore. I was so tired. I am sorry.’’  She also bequeathed her assets to him and his younger brother in the farewell letter, he said.

The young man said his mother had been suffering from nasopharynx cancer and other illnesses. Stress from her illnesses might have driven her to take her own life.

Neighbours told police that the kamnan also worked as a local contractor. He was a good-looking family man, kind and loved by many residents.

They suspected jealousy and stress from her illnesses might have driven his wife to shoot him. 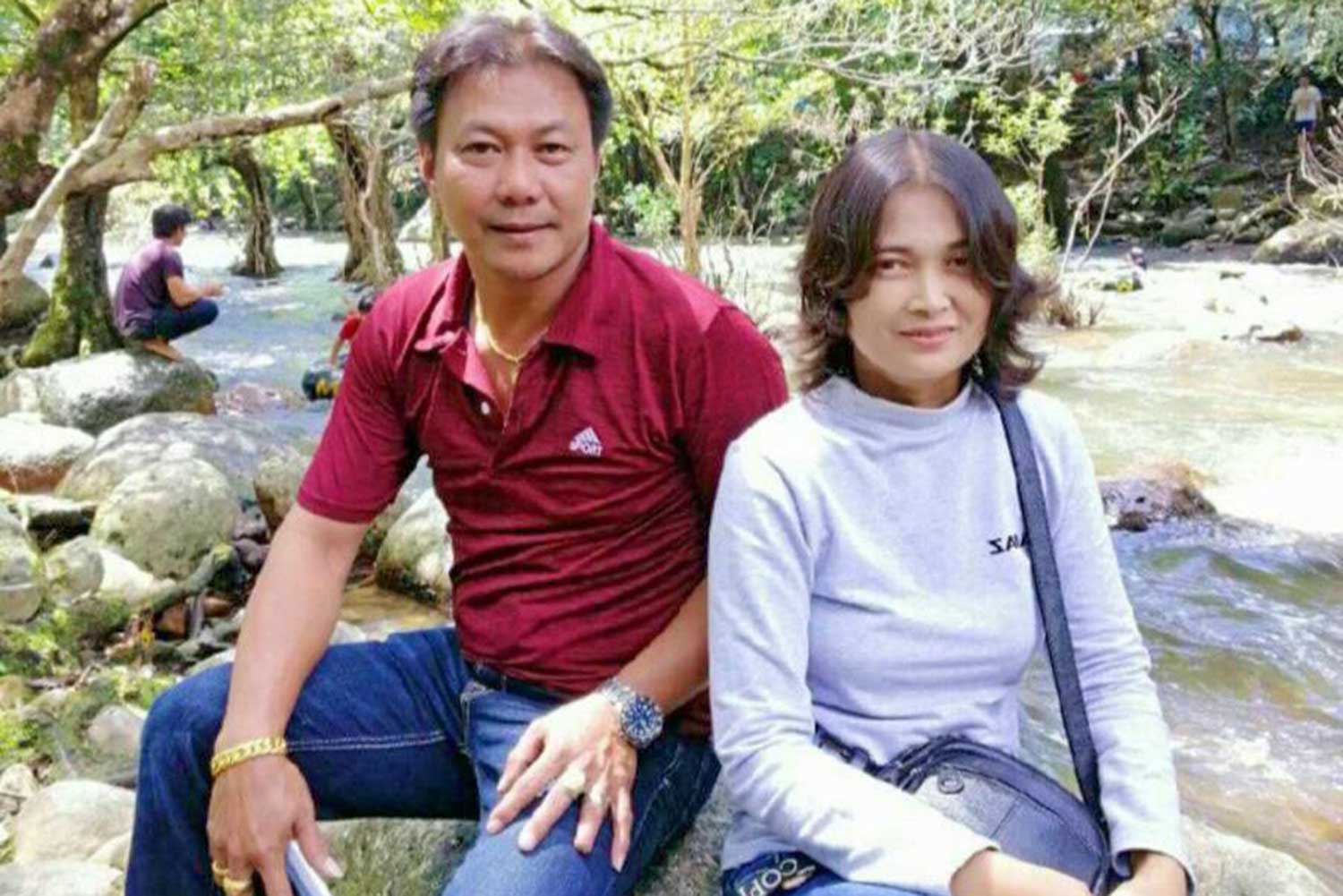 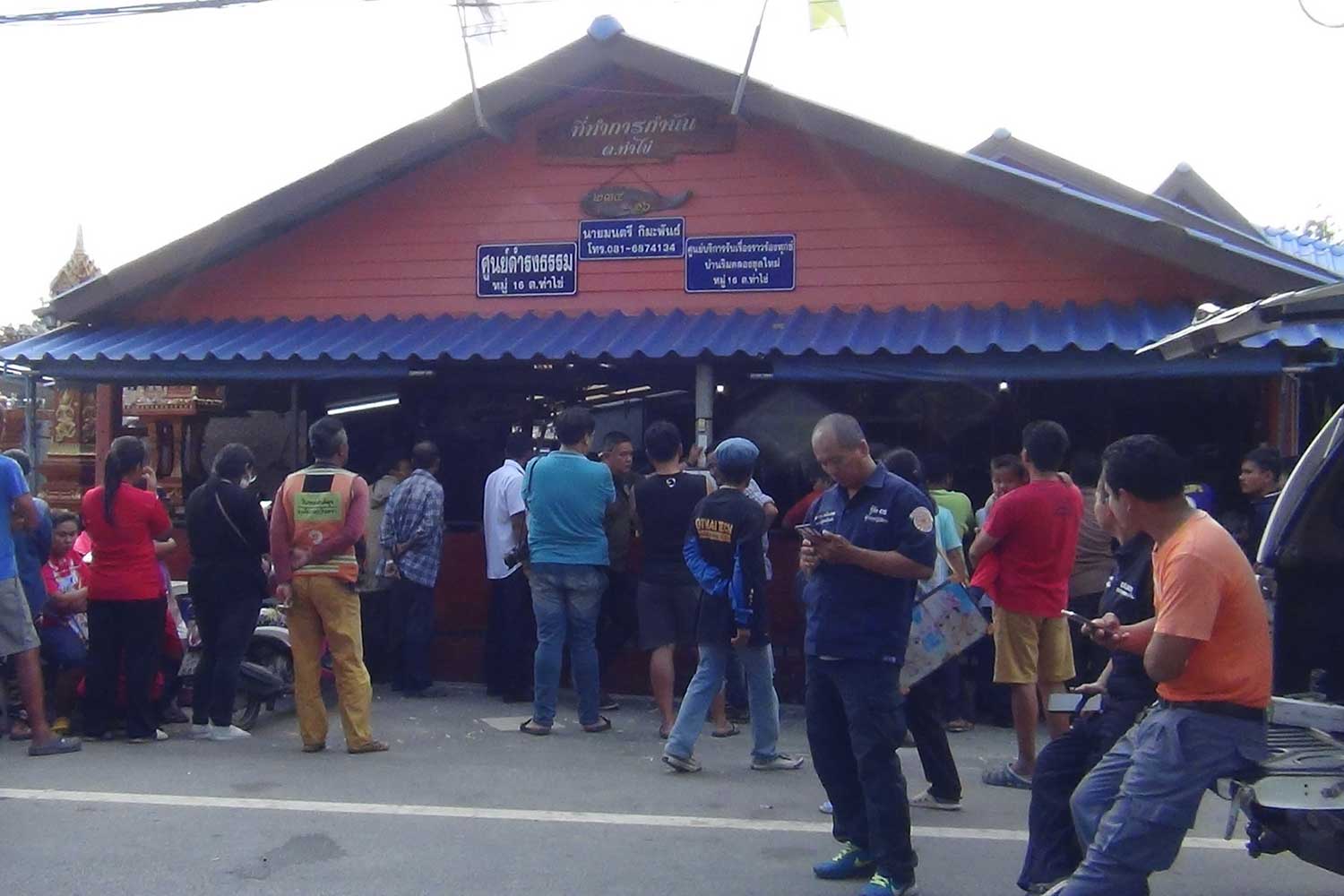 Rescue workers arrive at the kamnan's residence in Chachoengsao, where the shooting occurred on Thursday morning. (Photo by Sonthaporn Inchan)