Narcotics Suppression Bureau officials find packets of crystal methamphetamine hidden inside the frame of a treadmill. More than 200kg of crystal methamphetamine were found inside the frames of 10 treadmills labelled for shipment to Japan, during a raid on a godown in Bangkok's Prawet district on Thursday. One man was arrested. (Capture from TV Channel 8)

About 200 kilogrammes of crystal methamphetamine were found hidden in the frames of 10 boxed treadmills labelled for shipment to Japan found at a godown in Prawet district in Bangkok.

A 50-strong team of Narcotics Suppression Bureau police raided the warehouse, alongside the Thanon Motorway, on Thursday morning.

They opened cardboard packages containing the treadmills. A close examinaiton found crystal methamphetamine concealed in the steel frames of all 10 exercise machines, which were labelled for shipment to Japan.

Piyanan Pongsetsiri, 44, who rented the godown, was arrested on charges of attempting to smuggle illicit drugs out of the country and having drugs in his possession with intent to sell.

Assistant national police chief Visanu Prasattongosoth said that on Tuesday a shipping agent drew their attention to two parcel boxes containing treadmills which were for delivery by air to Tokyo.

The parcels were heavier than they should be, and it was unusual for exercise equipment such as these to be sent by air due to the high cost and taxes.

The sender was found to be Mr Piyanan. A warrant was obtained for his arrest and a search, and the raid on his godown followed. 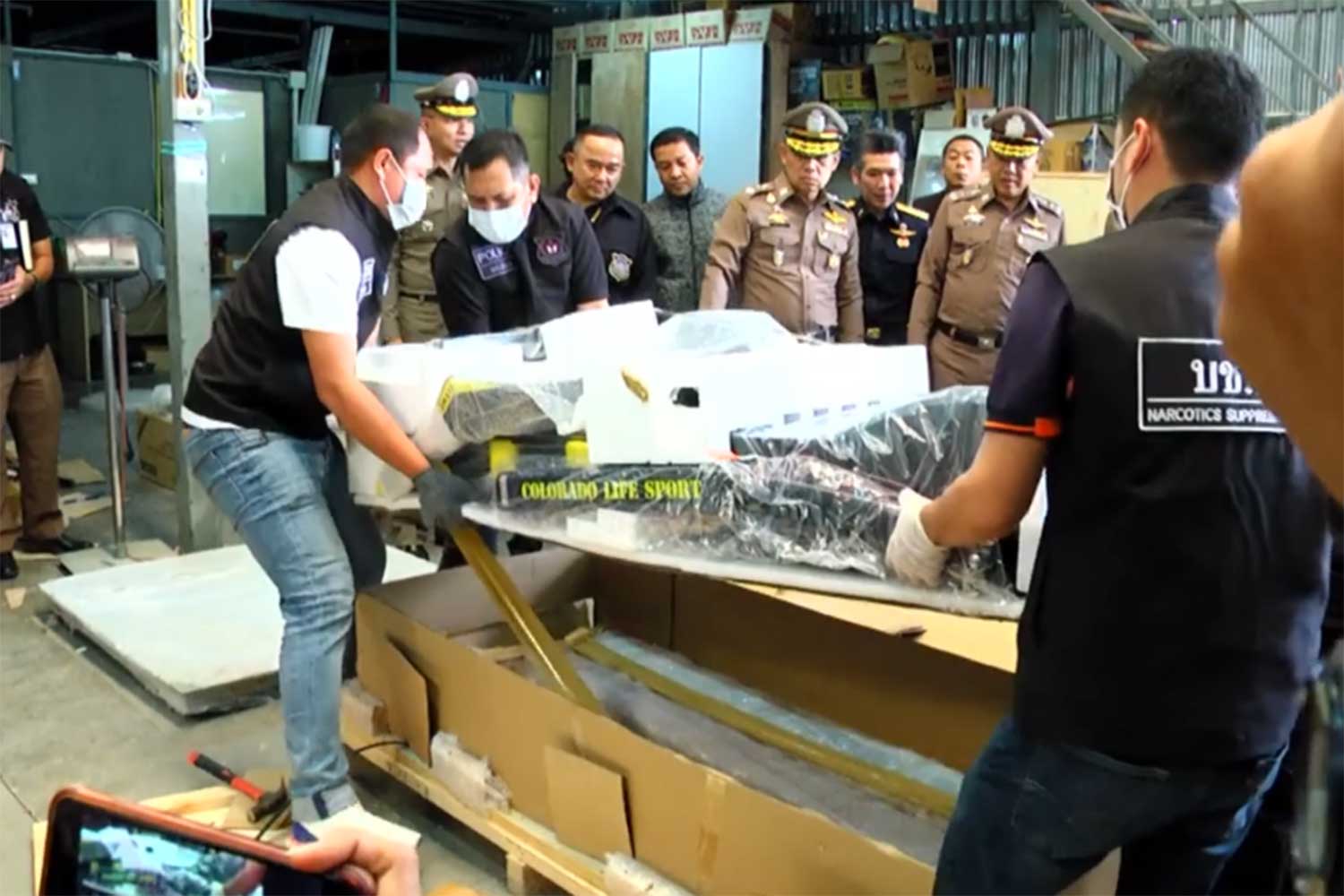