Victims of road accidents and participants observe a moment of silence during an activity to mark World Day of Remembrance for Road Traffic Victims outside the United Nations office on Ratchadamnoen Avenue on Sunday. Pornprom Satrabhaya

Road safety advocates on Sunday called for the jail term for drunk drivers who cause the death of others to be increased to between 12 and 15 years.

Speaking at an event to mark World Day of Remembrance for Road Crash Victims, Don't Drive Drunk Foundation secretary-general Tairjing Siriphanich said the current three to 10 year jail term is too lenient. He said people would be afraid to drink and drive if the justice system ensures they have to face the same stiff penalties no matter what their social or economic status is.

Those who drink and drive are more likely to end up in an accident and the higher their blood-alcohol level, the greater that risk becomes, according to Bloomberg Philanthropies Initiative for Global Road Safety (BIGRS).

Currently, in the case of traffic accidents where drunk driving causes injury to other road users, the driver is only subject to a fine up to 120,000 baht, imprisonment of up to six years, or both, as well as having their licence suspended for two or more years.

Thailand's roads are among the deadliest in the world, ranked 9th by the World Health Organisation with an average of 22,000 deaths per year and over 1 million people injured. In 2018, the majority of traffic-related deaths and injuries were motorcyclists, who accounted for 92% of fatal crashes.

He said the department has an ambitious plan to first minimise the numbers of road crashes and then achieve a highway system with no fatalities or serious injuries involving road traffic (Vision Zero). Aside from law enforcement, Mr Thananchai said the BMA is also working with other road-safety partners such as the BIGRS and the Faculty of Engineering at Chulalongkorn University to improve safety infrastructure on the roads through the International Road Assessment Programme.

Meanwhile, the BIGRS raised the case of San Sornrak, a former mechanical engineering student who was paralysed in an accident caused by a drunk driver 25 years ago.

"In a split second, San Sornrak's life changed forever because of a drunk driver. On the World Day of Remembrance for Road Traffic victims, he is sharing his moving story to remind us that road deaths are preventable. If San not worn his helmet, he would not have survived. If the pickup driver had not drunk and driven, the crash would not have happened," the agency said.

Mr San receives support from the Motor Vehicle Accident Compensation Fund of the Department of Land Transport which provides basic help for those injured in crashes who cannot make any claim from other parties.

"Besides road safety, he wishes to see social equality and inclusiveness and a society where people, no matter who they are, have equal right to access public utilities," the BIGRS said. 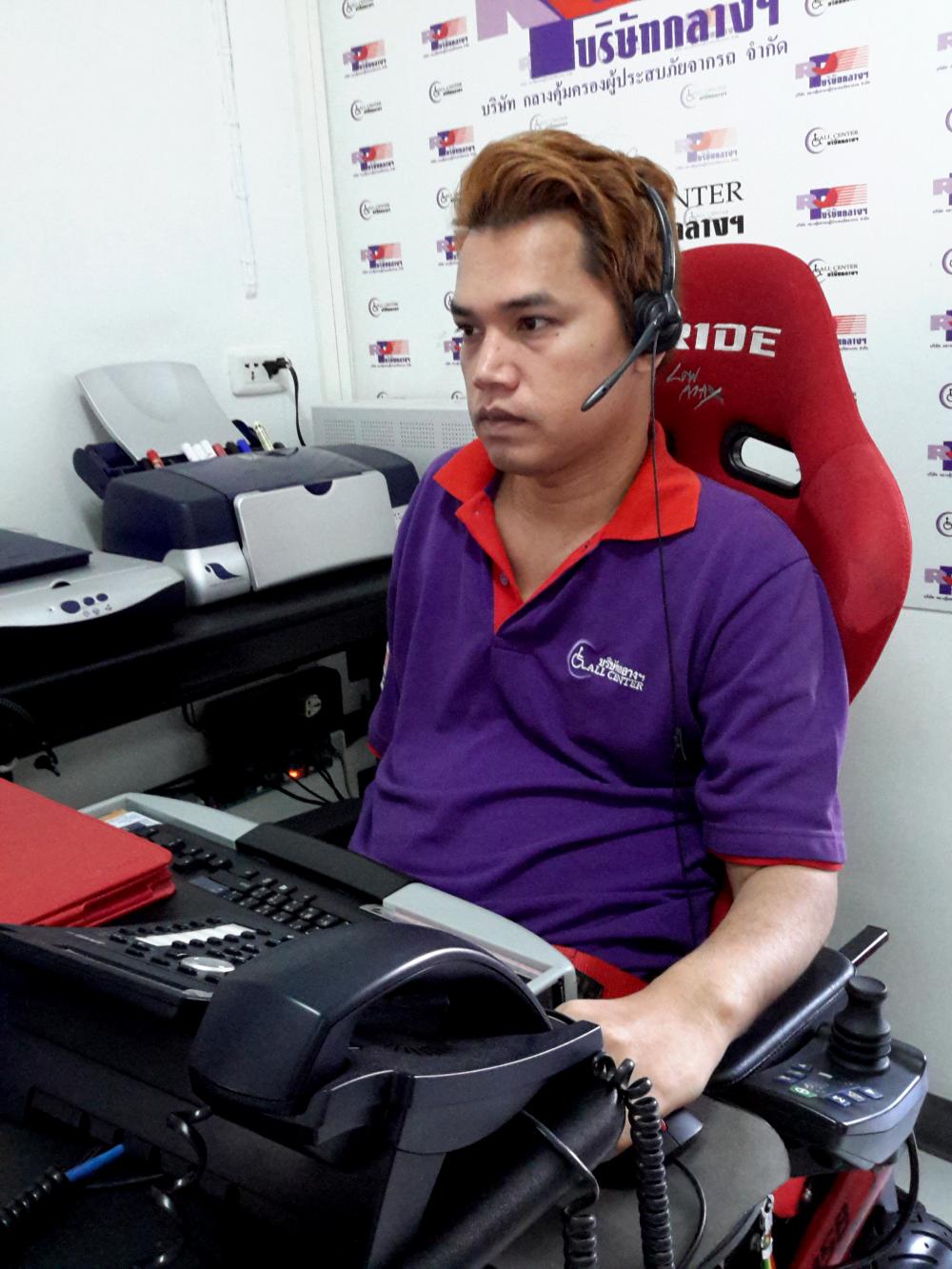