Police at the scene of the shooting in Thung Yai district of Nakhon Si Thammarat, where a father simmering with resentment shot dead his son-in-law in full view of two family members on Tuesday night. (Photo by Nujaree Raekrun)

NAKHON SI THAMMARAT: A father carrying a long grudge shot dead his daughter's husband on Tuesday night, three years after he failed to turn up at the wedding party and instead whisked his daughter off to live in another district.

Police and rescue workers called to the scene found Sarawut Phonhiran, 34, shot dead in a hammock inside the house.

He had been shot in the chest and battered about the head with a hard object.

They were given first aid then taken to Thung Yai Hospital. A girl aged around 2 years was also in the house. Relatives took her into their care.

Police later questioned Ms Noonai and Ms Monthip at the hospital and learned the gunman was Narong Krainara, Ms Noonai’s husband and father of their daughter Monthip, the slain man's wife.

The women told police the two men had fallen out three years ago, when Sarawut was to marry Monthip.

Mr Narong and his family prepared the wedding party for their daughter and sent out invitation cards to guests.

However, the groom did not show up at the wedding party at the bride’s house in Thung Yai district, bringing shame on Mr Narong and his family.

Adding insult to injury, Sarawut took the bride off to live with him in Chawang district. The couple had a daughter two years ago and Ms Monthip was carrying their second child.

Ms Monthip recently returned to her parents’ house with her daughter after a quarrel with her husband.

Sarawut came to the house to make up with her and encountered his angry father-in-law, who had not forgotten what his son-in-law did to him three years ago.

The two men had quarrelled and Mr Narong kicked Sarawut and then pulled out a pistol, hit him on the head with it and then shot the man in the chest - and all in full view of the two women.

Pol Col Chokdee Rakwattanapong, chief of Thung Yai police, said they were getting a court warrant and Mr Narong would be arrested as soon as they could find him. 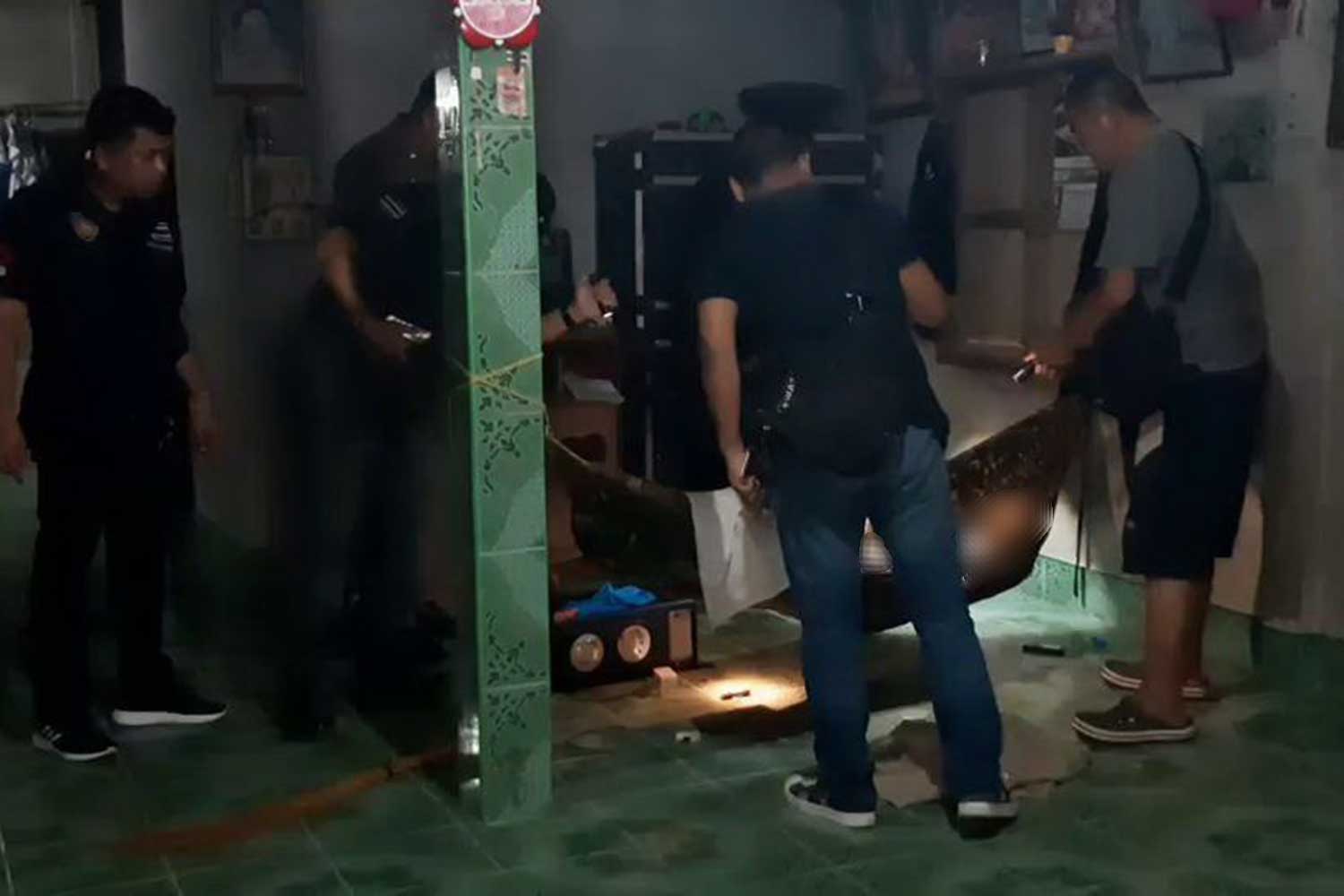 Plainclothes police inspect the body of the man shot dead by his father-in-law at a house in Thung Yai district of Nakhon Si Thammarat. (Photo by Nujaree Raekrun)