Ms Chayanan Sornsewanee, 50, who rescued a female Bang Kaew dog falling from a vehicle in Bang Klam district of Songkhla two weeks ago, says the dog is waiting for its owner. (Photo by Assawin Pakkawan)

SONGKHLA: A dog falling from a moving car two weeks ago is often spotted watching passing vehicles on a road in Bang Klam district of Songkhla, looking for her owner, according to her two rescuers.

Chayanan Sornsewanee, 50 and her sister Suthasiri, 63, posted messages in social media and at other agencies in Bang Klam district look for the owner of the Bang Kaew dog.

Ms Chayanan said the dog, which she named “Chao Kaew’’ fell from a moving vehicle onto a road in front of her house at night about two weeks ago. She heard the sound of car brakes and something falling at the time. She came to check and found the dog limping with injuries along the road. She and her elder sister then rescued her.

Initially, they planned to take care of the dog at their house, but the animal was afraid of their male dog and walked away, said the woman. 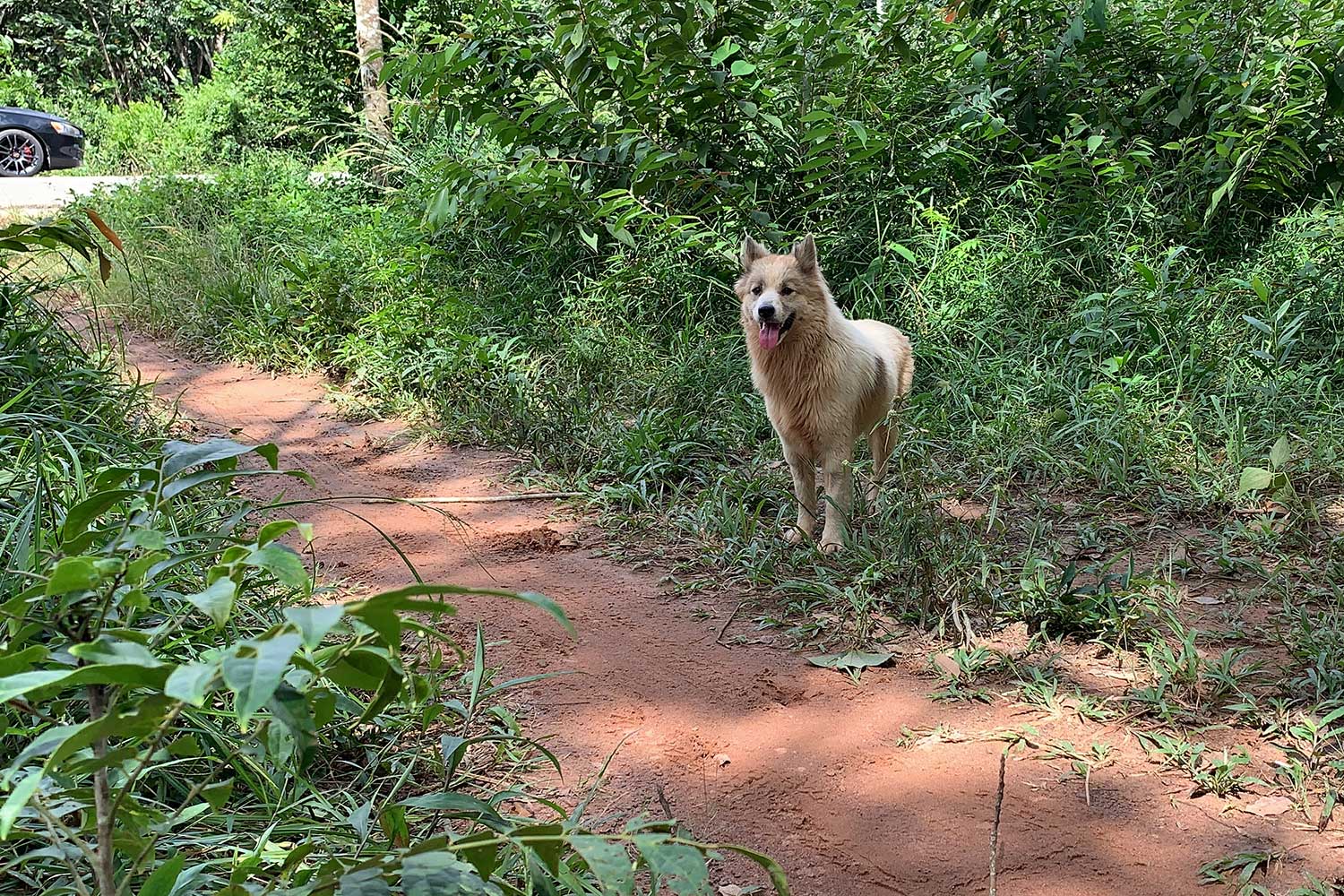 A female Bang Kaew dog fell from a vehicle onto a road in Bang Klam district, Songkhla, two weeks ago. (Photo by Assawin Pakkawan)

Chao Kaew has roamed along the road and stayed in a nearby rubber plantation. She was often spotted looking at passing vehicles, particularly white ones, every day, said Ms Chayanan. She believes it might have fallen from a white vehicle.

The two sisters recently learned that someone came to look for a dog falling from a vehicle. However, they did not meet that person as he came to wrong houses and nobody knew about the missing dog.

Ms Chananan said she and her elder sister brought food for the dog every morning and evening. They will take care of her until she reunites with its owner.

The woman urged the dog owner to contact her via mobile phone number 093-615-8291. She believes the dog would remember its owner and be happy to return home. 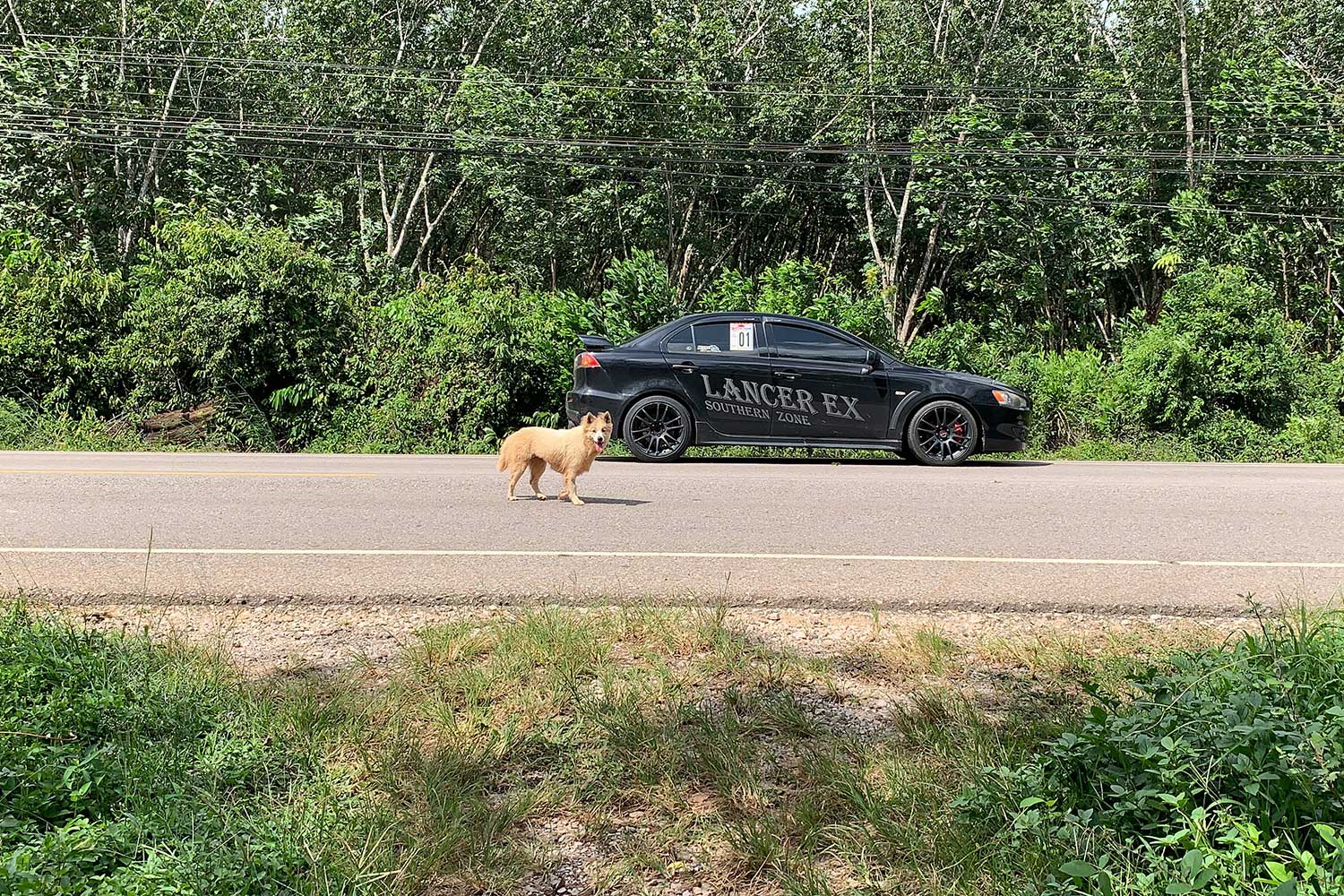