A park official displays underwear found in the stomach of a dead wild deer at the Khun Sathan National Park in Nan province on Monday. (Photos from Protected Area Regional Office 13, Phrae)

The stomach of a wild deer discovered dead in the Khun Sathan National Park in northern Nan province was found to contain seven kilogrammes of plastic waste, along with underwear.

The office of the national park reported on Monday that park rangers found the adult deer weighing about 200 kilogrammes dead near the office. They believed the deer died several days ago.

The male deer was 135 centimetres tall, 230cm long and estimated to be more than 10 years old. The wild animal appeared thin with some hair loss and deterioration of its hoofs.

Park rangers assumed that the deer died of intestinal congestion and old age. 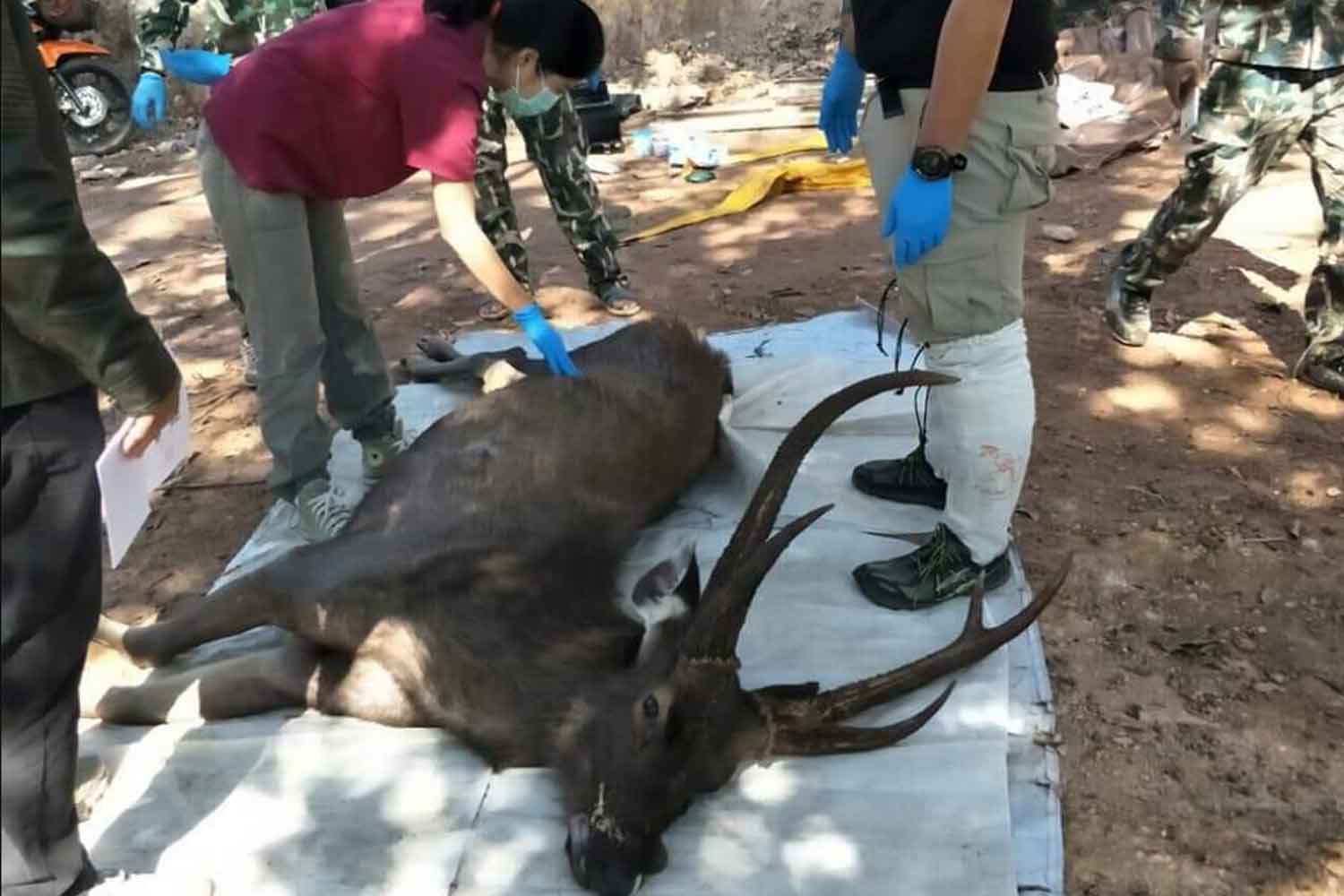 The dead deer is seen under examination.