Police and rescue volunteers inspect a motorcycle that collided with a car in Pattaya on Wednesday, killing the bike's driver, Briton John Gresty. (Photo by Chaiyot Pupattanapong)

CHON BURI: A Briton died at the scene after his motorcycle collided with a car in the resort city of Pattaya on Wednesday.

Pattaya police said the accident occurred on the outbound lanes of Sukhumvit Road when a motorcyle driven by John Gresty, a 74-year-old British national, collided with a car driven by Sornchai Phetchamras. Gresty died at the scene.

Mr Sornchai, an official at the Provincial Fisheries Office in Chon Buri, told police that he was driving from Muang to Sattahip districts in Chon Buri province and could not stop his vehicle after the motorbike made a swift U-turn from the other direction.

Police have collected evidence and footage from CCTVs in the area to determine the cause of the accident.

It was not clear whether Gresty was an expatriate or a tourist visiting the resort city. 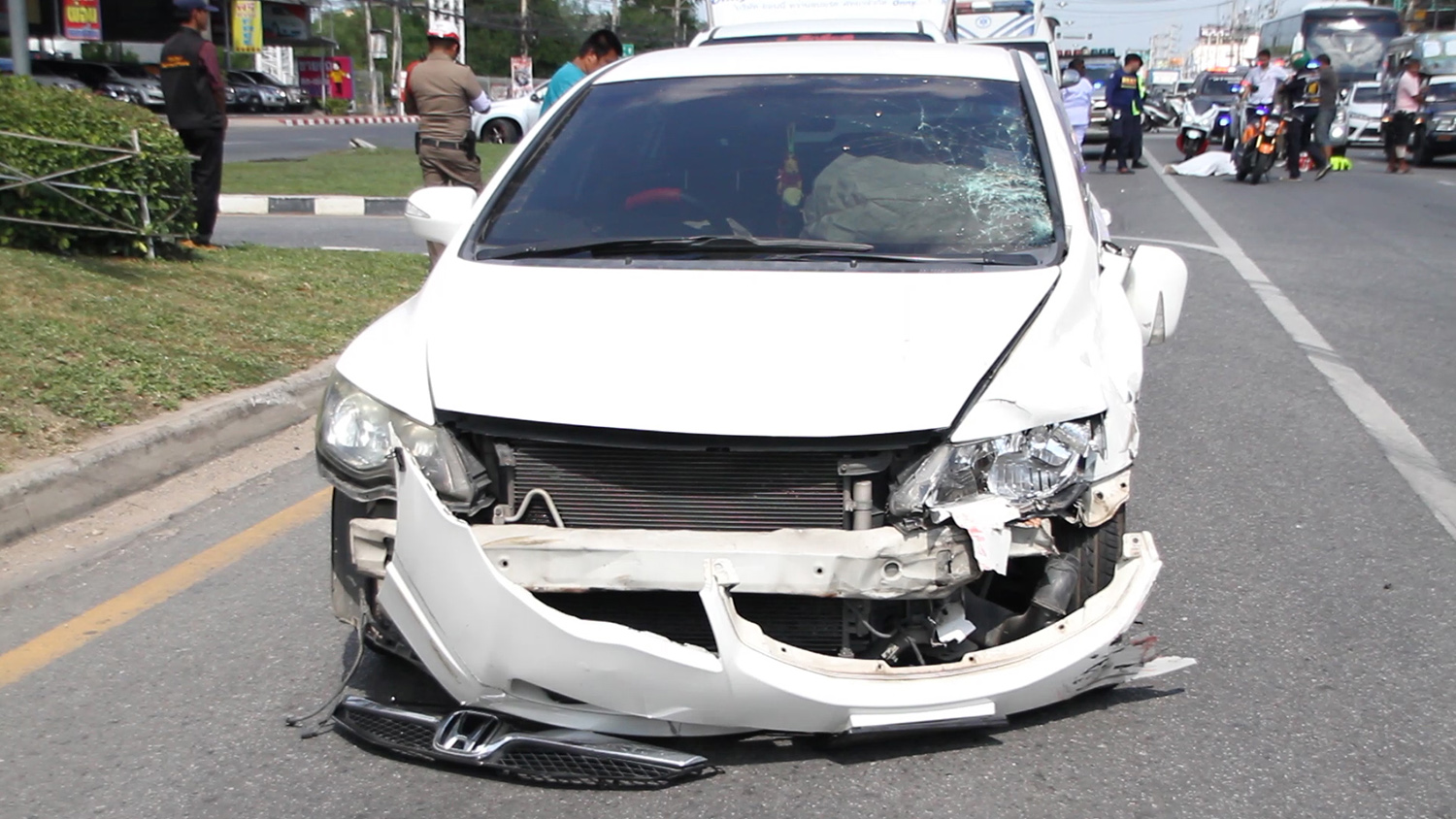 The car driven by Sornchai Phetchamras was damaged in a crash with a motorcycle driven by John Gresty, who died at the scene. (Photo by Chaiyot Pupattanapong)