NONTHABURI: An official of the Food and Drug Administration cheated death as her brand-new vehicle narrowly avoided plunging from the fourth floor of the FDA's parking building in Muang district on Thursday.

This was the second time a vehicle fell or almost fell from the building. Last year, a pickup truck plunged from its rooftop.

The noise and the impact shocked her and she swiftly stomped on the brake pedal but she said later she was not sure whether she had really applied it.

It turned out the rear wheels of the white Toyota ran over the wheel stopper. Its rear smashed into the wall of the 4A floor.

The broken section of the wall fell on to the ground. The front wheels of the vehicle were halted by the wheel stopper and the vehicle hung on the fourth floor with its rear protruding outside.

He managed to let go off the pickup truck before it pulled him to the ground. 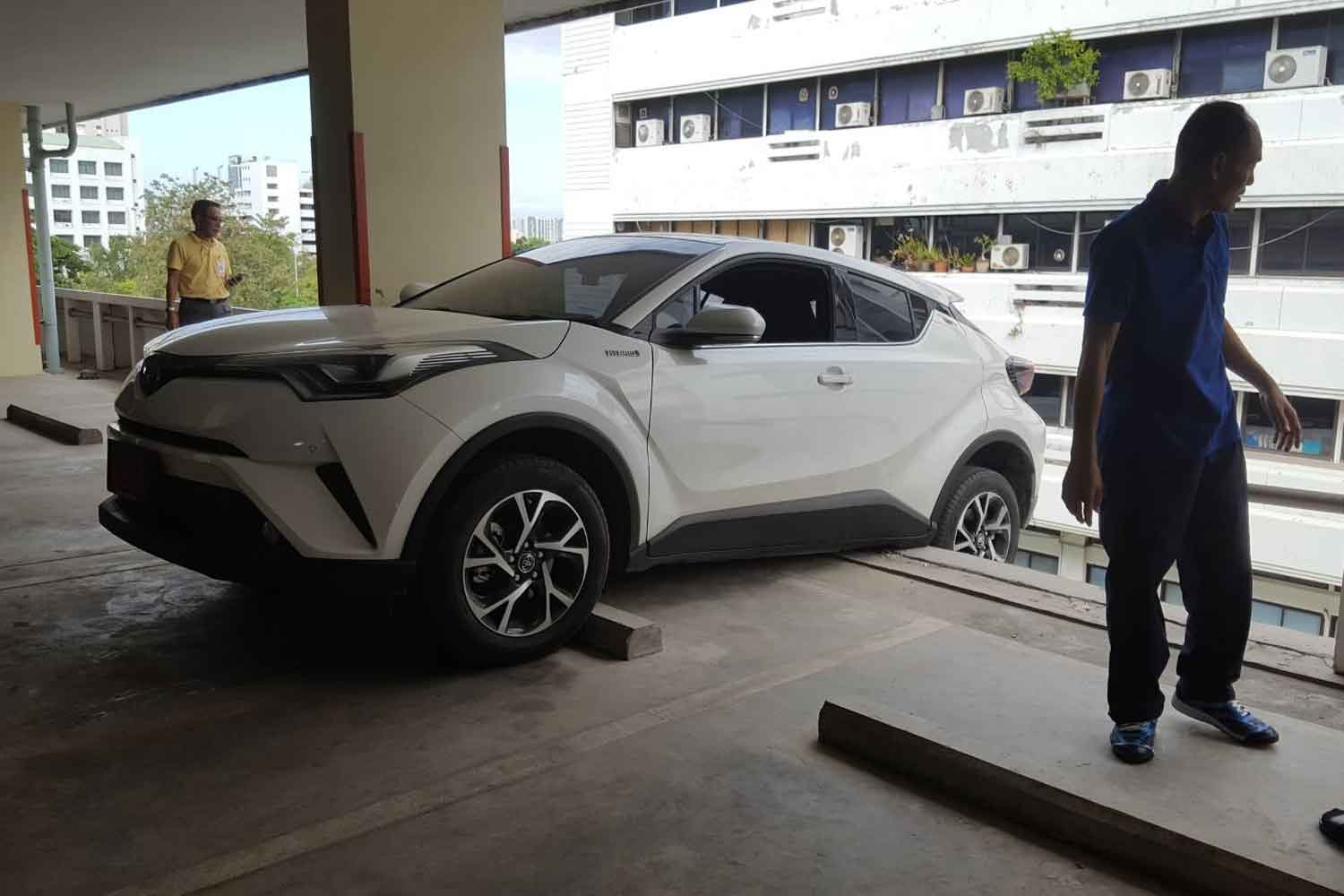 The wheel stopper apparently saves the vehicle from plunging.