An investigator inspects the damage to a Bangkok-bound minibus after it struck an oil tanker in Sri Racha on Saturday morning, injuring 18 passengers and the driver. (Photo by Jersak Saengthongcharoen)

CHON BURI: Nineteen people were injured, two seriously, when a Bangkok-bound minibus they were travelling in rear-ended an oil tanker in Sri Racha district on Saturday morning.

The crash occurred between Road No 7 and Road No 331 in tambon Nong Kham, said Pol Maj Khanin Insorn, the investigation chief at the Nong Kham police station, who was alerted at around 10.30am.

Police and rescue workers found many injured people lying along the side of the road. Eighteen passengers and driver Amnart Kaweesaeng were rushed to a nearby hospital. Two were seriously hurt.

The front of the minibus, which operates on the Bangkok-Bowin-Ban Phae route and had Rayong licence plates, was badly damaged.

A 22-wheel trailer truck was found 10 metres away from the minibus. It was carrying 40,000 litres of diesel from the Thaioil refinery in Sri Racha to Lampang when it was struck, said driver Thonglor Ouiyuta. Fortunately, there was no oil leak.

A police investigation found that the minibus, carrying 18 passengers, had left Bowin for Mor Chit in Bangkok. It was travelling at high speed when it rammed into the oil tanker, which was about to make a U-turn.

The force of the crash caused all of the passengers on board to sustain injuries. Mr Amnart suffered leg injuries. 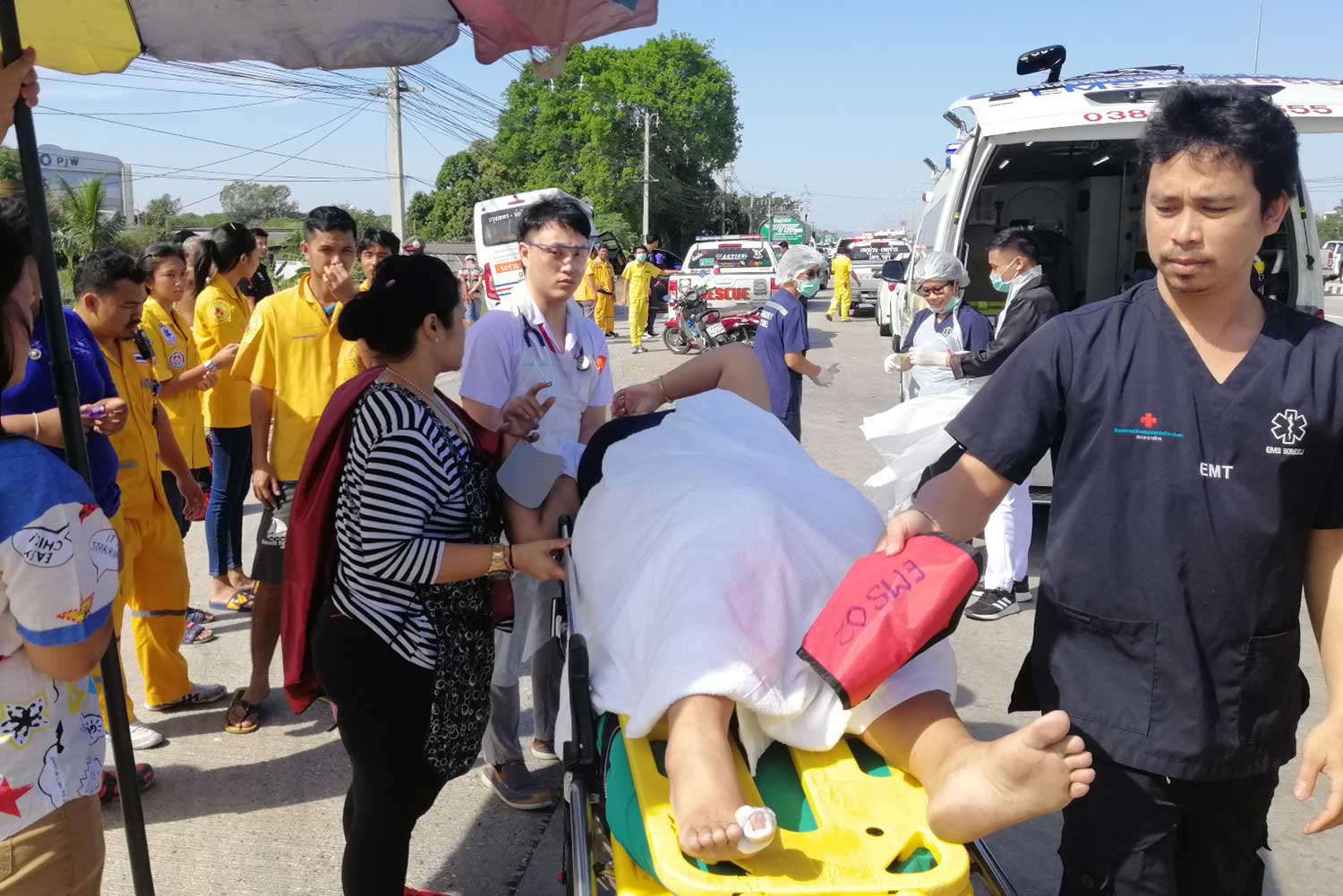 Rescue workers prepare to take one of the injured passengers to a hospital following a minibus-oil tanker crash in Sri Racha. (Photo by Jerdsak Saengthongcharoen)