A tablet press for making pills was part of the haul at the house occupied by a Myanmar trafficker who was shot dead earlier in a gunfight with police. (Photo by Nujaree Raekrun)

NAKHON SI THAMMARAT: Authorities have seized more than 500,000 speed pills, 10 kilogrammes of crystal methamphetamine and a tablet press for making pills from a house rented by a major Myanmar trafficker who was shot dead during a gunfight with police on Friday.

Pol Maj Gen Sonthichai Arwattanakulthep, chief of Nakhon Si Thammarat police, led the search of the house at the Pattanakarn housing estate in Thung Song municipality on Saturday. The officers found the house was used to produce as well as store illicit drugs.

The house was rented by Ou, a Myanmar drug trafficker, who was shot dead during a clash with police on Asia Road 41 in tambon Nong Hong of Thung Song district on Friday.

Police had mounted a sting operation in which the suspect agreed to deliver deliver drugs to officers posing as buyers. When he drove up in his pickup truck, police surrounded the vehicle. He opened fire as he tried to drive away but the officers returned fire. The suspect was shot dead and his pickup plunged into a roadside ditch. About one kilogramme of crystal meth and 10,000 speed pills were seized from the vehicle.

Police then extended the investigation that led to the seizures at the house. 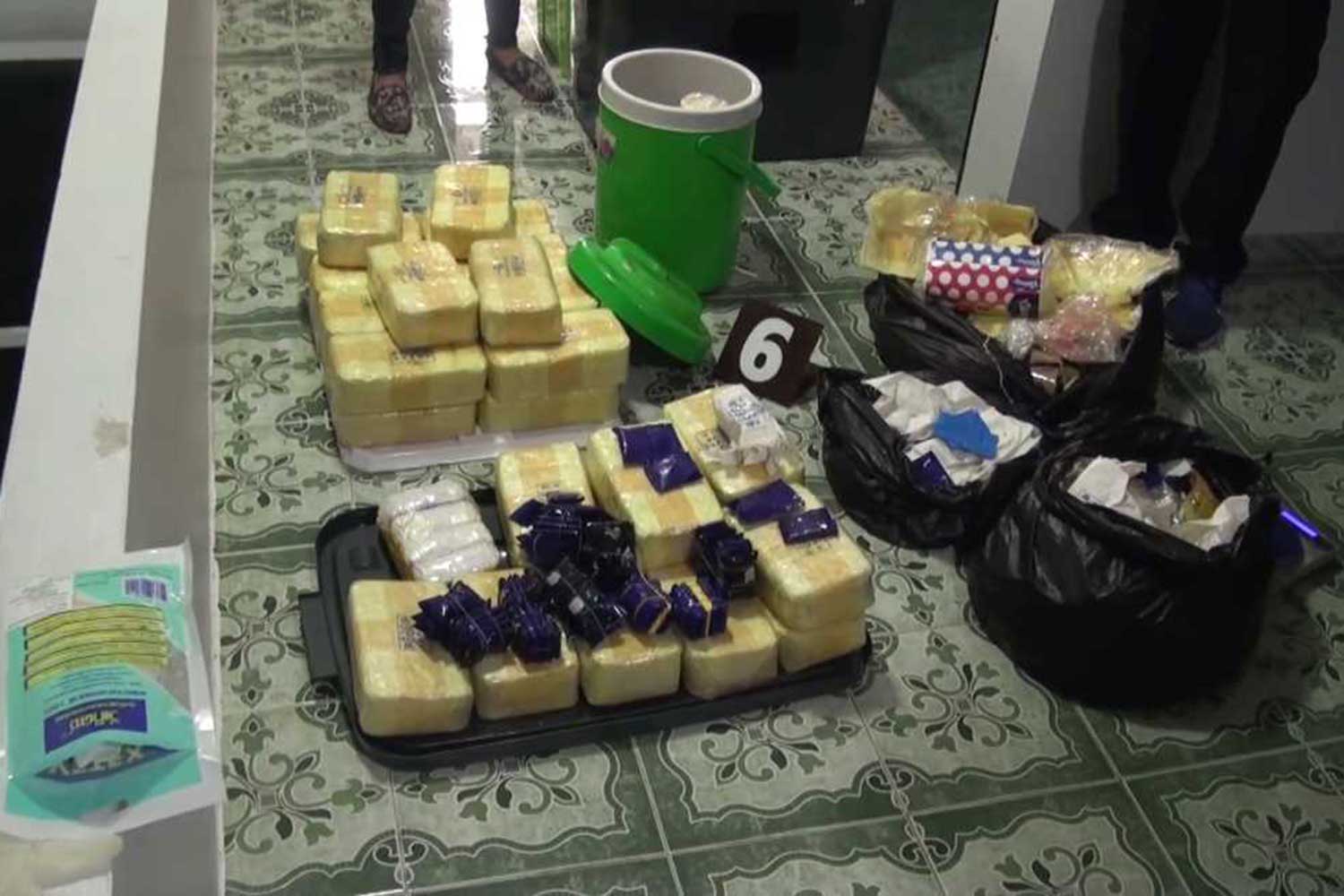 The officers also found that Ou had a Thai wife in Thung Song district. Kittiya, 23 (surname withheld), was called in for questioning.

Police said the woman claimed she didn’t know her husband was from Myanmar. He told her he was a native of Chiang Rai and ran a business selling used cars in the North and the South. She told police she had met him on Facebook before their relationship developed.

She denied any knowledge about the house where the drugs and equipment were found. She said she and Ou stayed at another rented house on Chai Chumphon Road in Thung Song.

Pol Maj Gen Sonthichai said Ou was a major transnational trafficker with many networks. He had been wanted on an arrest warrant obtained by the Office of the Narcotics Control Board since last year. 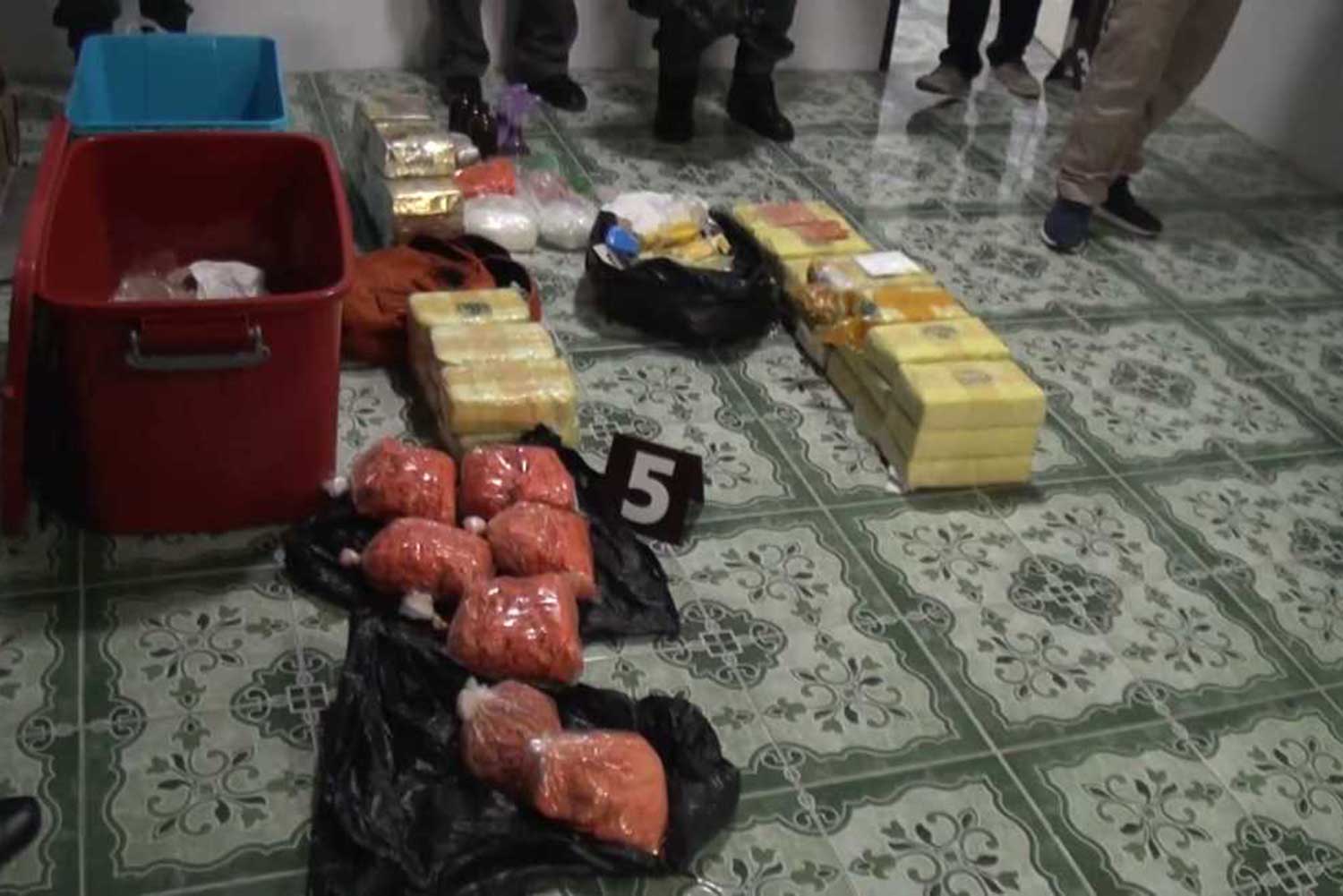 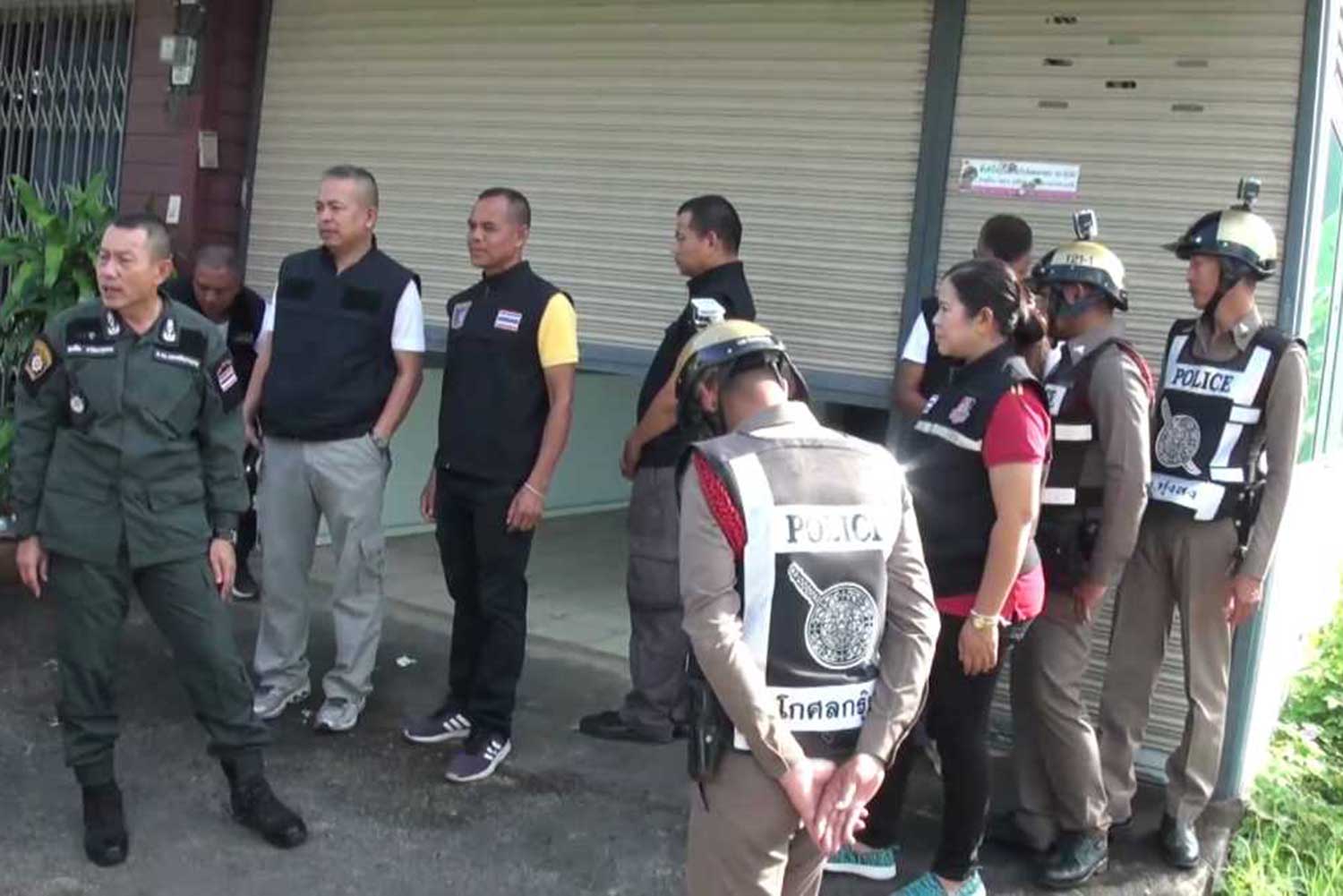 Police and security officials prepare to extend the investigation that led to a major drug seizure in Nakhon Si Thammarat. (Photo by Nujaree Raekrun)