The Office of the Basic Education Commission has vowed to strengthen students' reading skills after pupils were found to be consistently performing below the international average in core subjects, according to the results of the international 2018 Programme for International Student Assessment (Pisa) examinations. 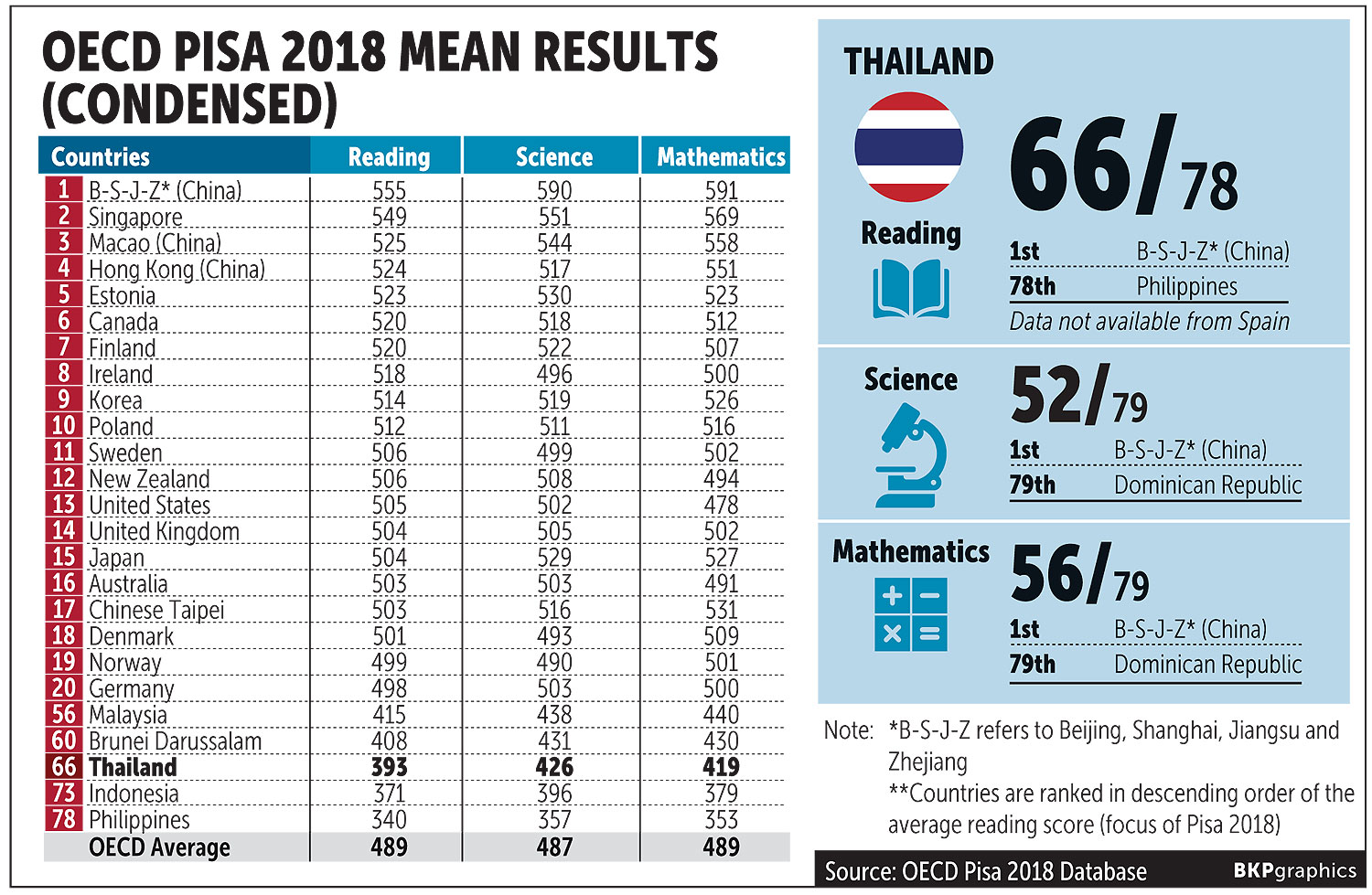 Obec secretary-general Amnat Wichayanuwat said mathematics and science results were similar to those of three years ago, while reading evaluation showed lower results.

Therefore, critical and analytical reading would be promoted more among students.

"The direction of teaching sciences is successful. But we have to hurry development as Thai education has many problems, especially disparity. We have to hurry to ensure the quality of education in schools around the country is at the same level," he said.

Published by the Organisation for Economic Co-operation and Development (OECD) on Tuesday, the results show Thai students underperforming in reading, mathematics and science compared to most countries participating in the evaluation.

According to the survey -- which is undertaken every three years -- Thailand ranked 56th for maths, 66th for reading, and 52nd for sciences.

Thailand's reading performance in Pisa 2018 was lower than in any previous assessment. In mathematics, by contrast, performance remained stable. Performance in science also appeared stable.

The Pisa examinations evaluate education systems worldwide by measuring basic skills and knowledge of 15-year-old pupils, and their readiness for the challenges of adult life.

About 600,000 pupils from 79 countries, including 37 OECD nations, completed the latest test, which focused primarily on reading ability.