Workers look at the body of a Cambodian worker killed when a section of a concrete wall fell onto him at a construction site in Bang Phli, Samut Prakan on Friday. (Photo by Sutthiwit Chayutworakan)

SAMUT PRAKAN: A Cambodian construction worker was killed and another one badly injured when a section of concrete wall weighing over 3 tonnes fell onto them during strong winds at a construction site in Bang Phli district on Friday.

The incident occurred at the site of a housing estate being built in tambon Bang Kaew, said Pol Lt Col Thanthit Daenrasi, a duty officer at the Bang Kaew police station, who was alerted at around 10.30am.

Police inspecting the site found the body of Sith Mao, 36, lying on the second floor of a house under construction. Another Cambodian worker, Hoevrng Vuth, 30, suffered broken legs. Rescue workers rushed him to Bang Phli Hospital.

A crane operator told police that a section of concrete wall, weighing 3-4 tonnes had been raised to the second floor on Wednesday but had not yet been fixed to the floor and pilings of the house. Steel pipes were being used to support the wall.

Before the incident, three or four workers were preparing to move the section into place. Suddenly, a strong gust of wind caused the steel pipes to buckle and the wall came free, falling onto Sith. The other worker tried to flee, but his legs were pinned before he could escape.

Police were questioning all the workers at the site for more information about the accident.. 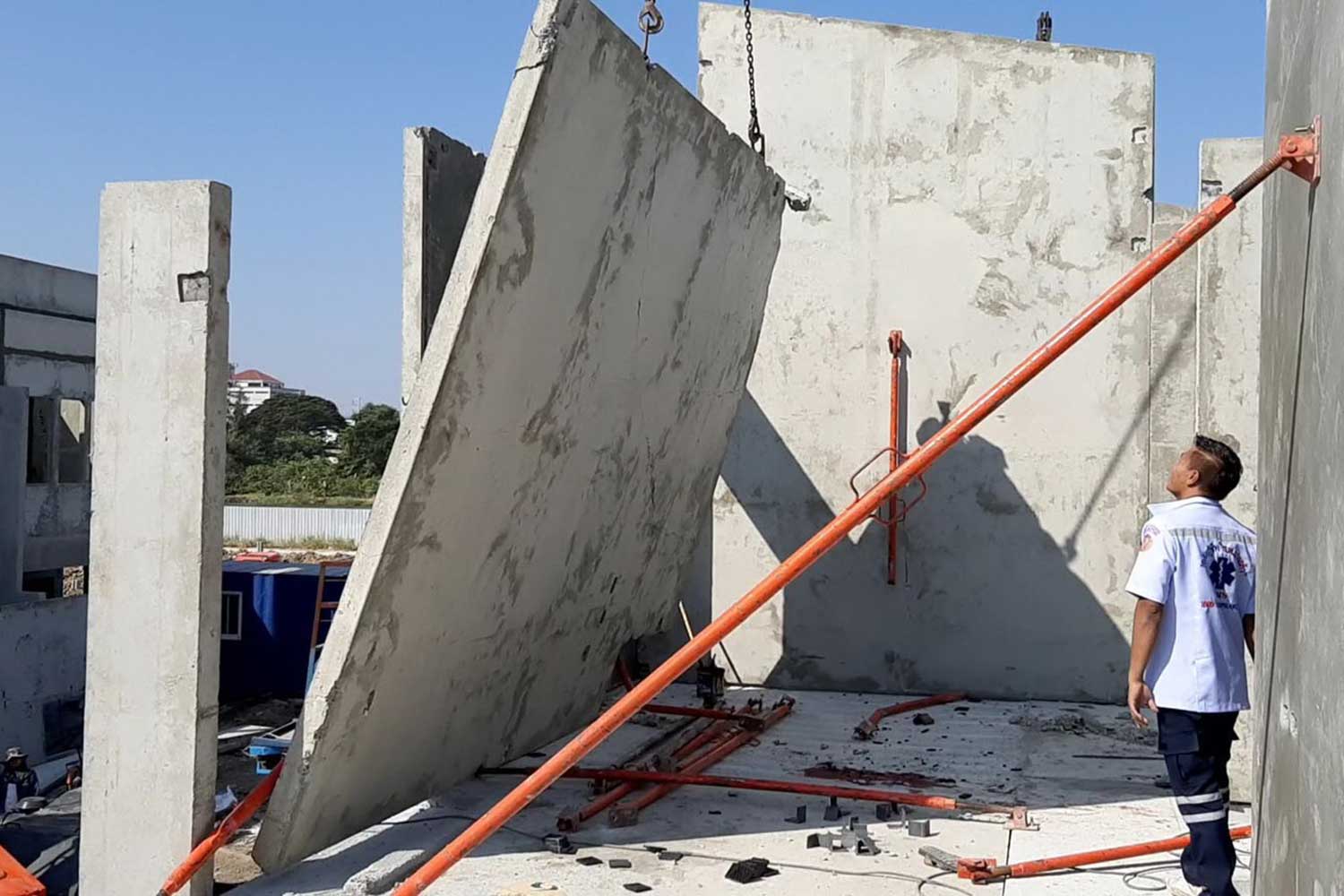 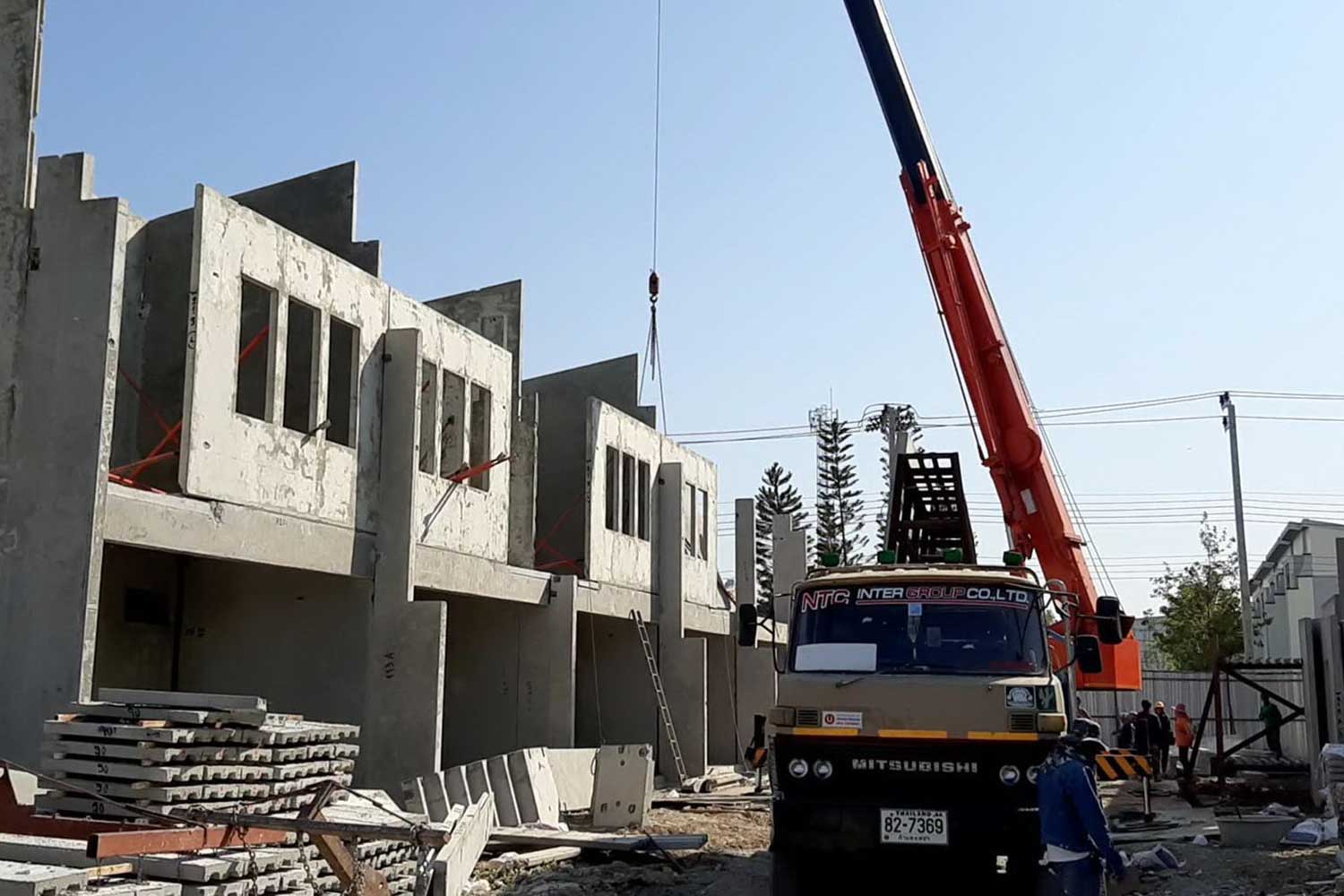 Strong winds were blamed for toppling a section of wall that had not yet been fixed in place at the construction site in Bang Phli. (Photo by Sutthiwit Chayutworakan) 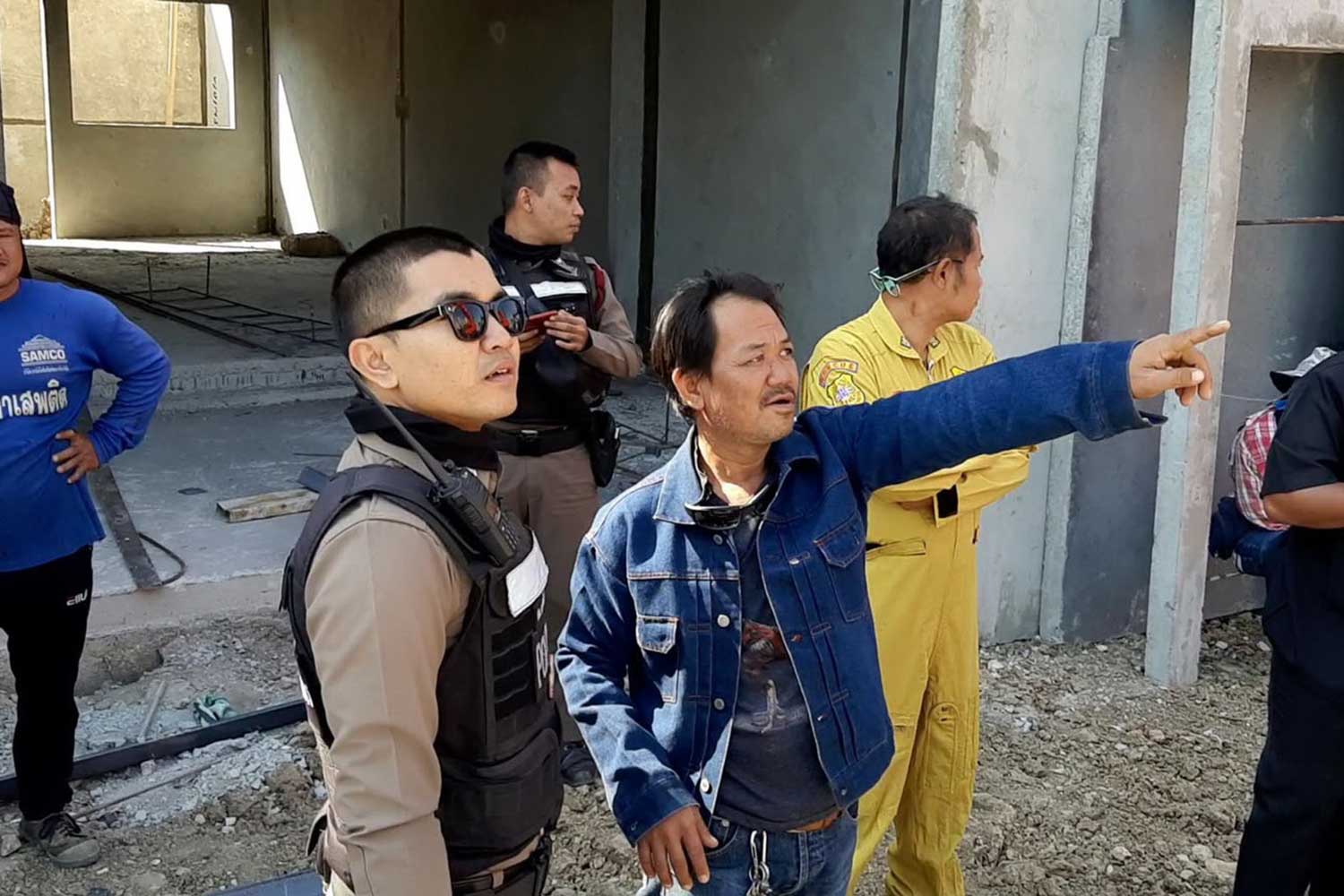 Police inspect the scene of the incident. (Photo by Sutthiwit Chayutworakan)