Workers salvage Golden Bridge 2 on Sunday after the tanker sank near the mouth of the Chao Phraya River on Tuesday. (Photo by Sutthiwit Chayutworakan)

SAMUT PRAKAN: An oil tanker that that sank amid strong waves near the mouth of the Chao Phraya river on Dec 3 has been salvaged and the oil slick removed, Marine Department deputy director-general Kritphet Chaichuay said on Sunday.

The 1st Naval Area of the Royal Thai Navy sent a reconnaissance plane and a helicopter to examine the slick from the air and sprayed chemicals on it.

The Chon Buri-based Marine Office then dispatched vessels carrying a crane and other equipment to salvage the sunken tanker. The operation began on Friday afternoon, and successfully brought the sunken tanker to the surface at about midnight of the same day, said Mr Kritphet.

On Saturday, the navy flew a plane and the Marine Department deployed vessels to examine the oil slick and found it had dissipated.

Mr Kritphet said the Marine Department filed a complaint with Pak Nam police station in Samut Prakan on Dec 3 against the owner of the oil tanker to hold the company responsible for the damage. The department has also issued an order to suspend the use of the oil tanker pending further safety examination.

An investigation will be carried out to determine the origin of the bunker oil and whether the delivery was legal, he said. 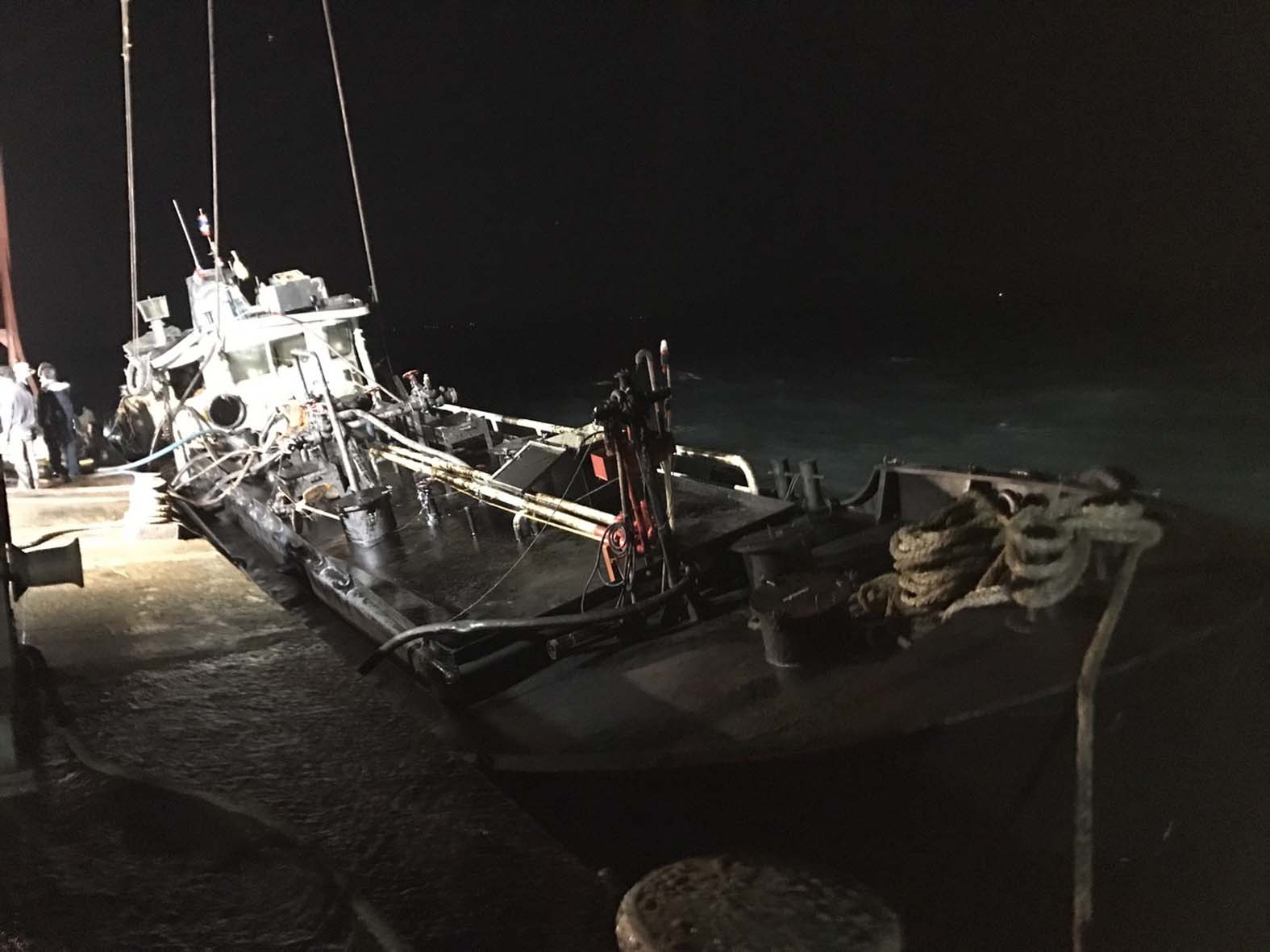 The tanker was rescued to the surface of the Chao Phraya River. (Photo by Sutthiwit Chayutworakan)

Public Health Minister Anutin Charnvirakul will meet high-ranking officials from three ministries to come up with measures to stop the spreading of coronavirus from China.

Huge amounts of fossil fuels are burned to keep data centre servers up, running and cool. But most of what they store is data that will never be used, like your 10-year-old emails.