KHON KAEN: A paroled serial killer dubbed "Thailand's Jack the Ripper" picked up his latest victim through Facebook and claimed to be a lawyer, according to police investigators.

Pol Col Khajonrit Wongrat, chief of Kranuan police station, said on Tuesday that Somkid Pumpuang got to know Ratsami Mulichan, 51, via Facebook, then moved into her house in Kranuan district on Dec 2 -- 13 days before she was murdered.

"The investigation has made much progress... I am confident that he will be arrested soon," he said.

A warrant for Somkid's arrest had been distributed to leaders of local communities, Pol Col Khajonrit said, and described the suspect as a "dangerous man".

"Detectives from Kranuan station, the Khon Kaen police office and Provincial Police Region 4 are looking for clues to the whereabouts of the criminal.

"Evidence and criminal behaviour show clearly that it is Somkid Pumpuang, who killed five women and was jailed over a decade ago," Pol Col Khajonrit said.

He said the latest victim, Ratsami, died of suffocation. Her wrists and ankles had been tied. An electric wire was fastened around her neck, held with transparent adhesive tape.

It was not yet known if she was attacked and killed while asleep, or conscious. A blood stain showed that the victim was either punched or slapped on her face.

Police found the suspect's fingerprints, clothes and vehicle documents at the victim's house in Moo 19 village of tambon Nong Ko in Kranuan district. The suspect also left his mobile phone, clearly letting investigators know they could not trace him by its signal, Pol Col Khajonrit said.

Jakkrit Chueakprom, the victim's 25-year-old son, said his mother had earlier told him her new lover was a lawyer who handled cases nationwide, and planned to move in to live with her.

The man also offered to buy her a new car, said Mr Jakkrit, who does not live with his mother.

He said he chatted with his mother over Facebook on Saturday, and nothing she said suggested anything untoward might be about to happen to her.

The hunted suspect, Somkid, 55, is a native of the southern province of Trang. He was convicted and sentenced to life imprisonment for the murder or five women - nightlife singers or masseuses at hotels in Mukdahan, Lampang, Trang, Udon Thani and Buri Ram provinces in 2005.

One victim was killed in January, and the other four in June that year. The serial murders led to the Thai  media dubbing him "Jack the Ripper of Thailand".

The Appeal Court sentenced him to life imprisonment in August 2012. He was paroled and let free on May 17 this year. The Corrections Department said in a statement he was a "model prisoner: Seven months later, his latest alleged murder surfaced on Sunday.

Khon Kaen police chief Pol Maj Gen Puttipong Musikul said on Tuesday that people were informing police of Somkid's possible whereabouts, including reports that he was a monk in Udon Thani and that he stayed in Nong Khai province.

However, they had still not found him. 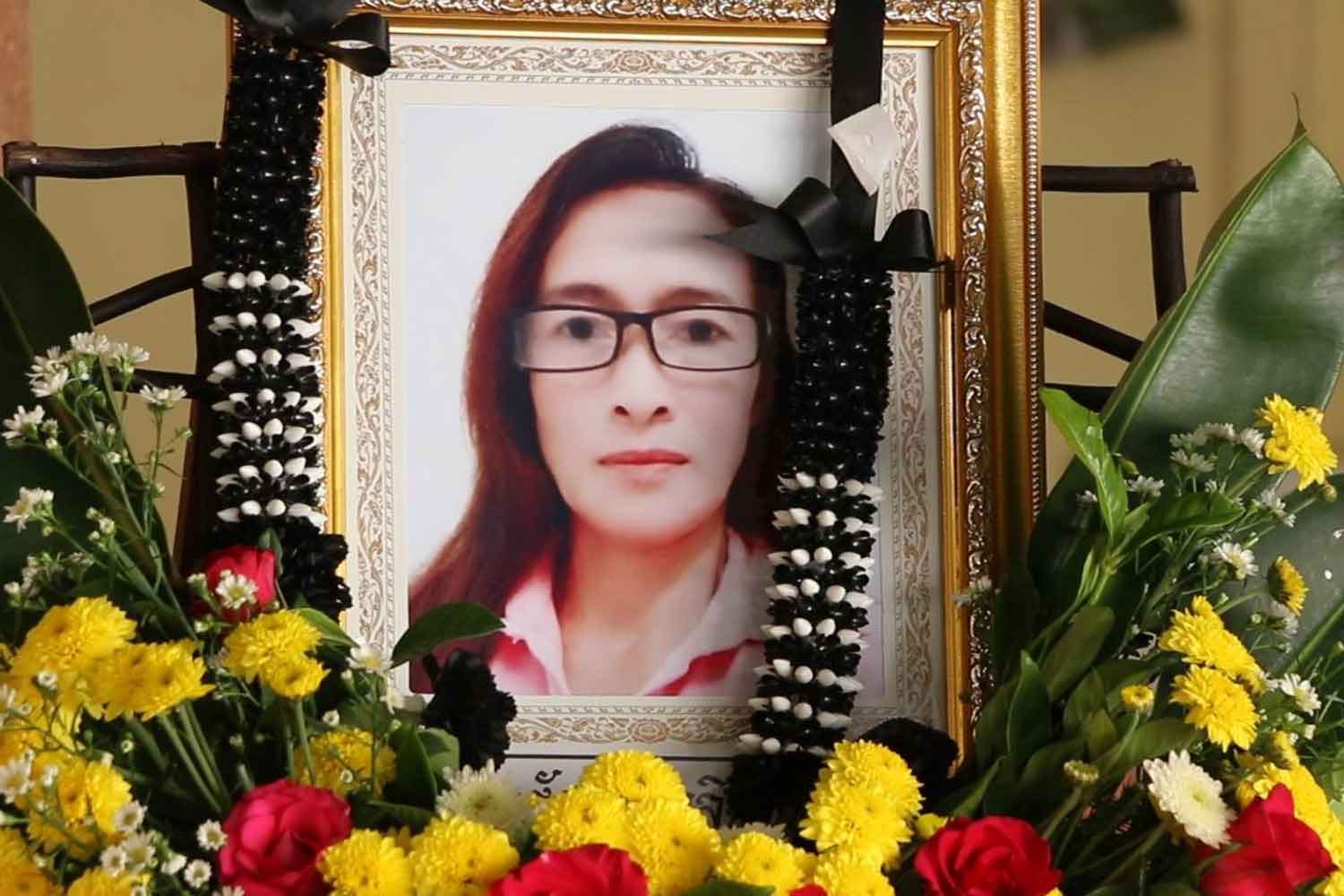