Parole board under fire
Thailand
General

Parole board under fire

A fresh murder case in which paroled serial killer Somkid Pumpuang is the prime suspect has prompted Justice Minister Somsak Thepsutin to urgently order the formation of a special committee tasked with monitoring prisoners and former prisoners involved in "serious cases".

"A quick survey of our prisons found that there are currently about a hundred of these inmates," said Mr Somsak.

"These prisoners require special measures to 'control' and 'monitor' them even after they are released from prison, for the sake of public safety."

He likened the function of the new committee to Megan's Law in the United States. Megan's Law is the name of a federal law in the US requiring law enforcement authorities to make information available to the public regarding registered sex offenders, which was created in response to the murder of Megan Kanka in 1994. 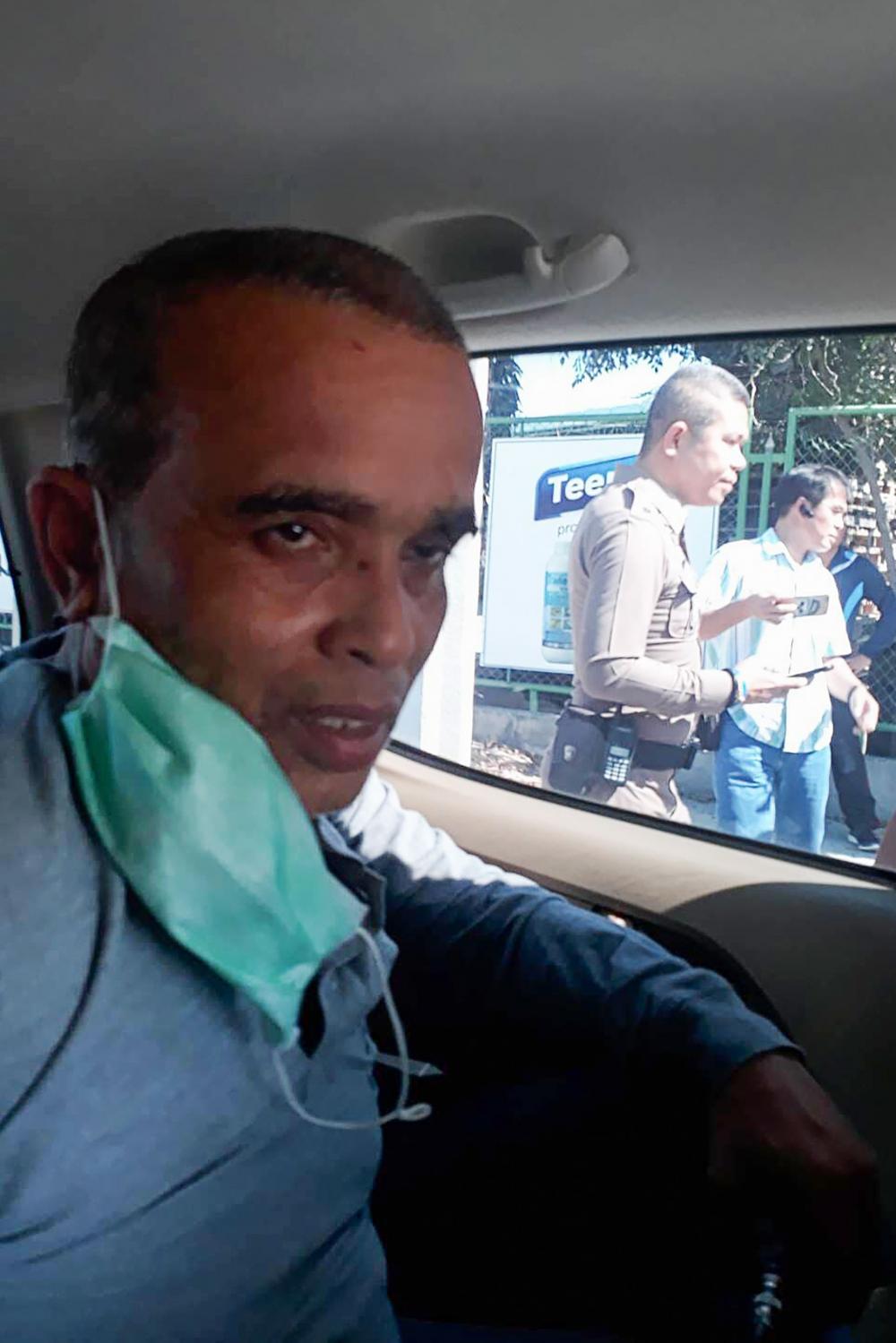 The minister said that since a review of the Corrections Department's regulations on sentence reductions may take a long time to finish, dangerous criminals with violent tendencies should be separated from the general prison population.

"It's an ideal short-term solution," he said.

Mr Somsak said that Somkid's case shows that a one-size-fit-all solution does not exist when it comes to laws and regulations regarding corrections and inmates.

"We might possibly need more electronic monitoring devices to be fitted on this 'special' group of inmates," he said. 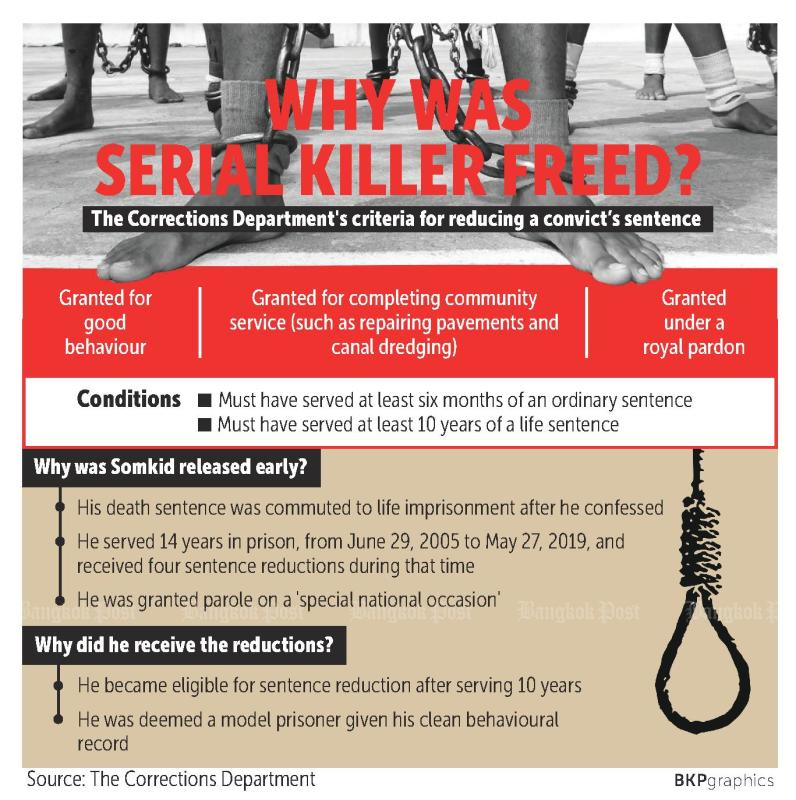 An urgent survey of prisons nationwide has been ordered, and the names of prisoners seen as "requiring special attention" will be listed before the government starts issuing new regulations to control and monitor their behaviour after their release.

"A probe has also been launched to see whether there were any lapses in judgement by the Corrections Department to reduce Somkid's sentence," he said.

Corrections Department director-general Naras Savestanan said that following the case, the parole committee began discussing ways to make better decisions about which inmates deserve to be released from prison early.

"The nature of the crimes these prisoners committed will be taken into consideration by the parole committee, along with other factors," he said.

"A clear set of conditions and prerequisites must be defined before the committee can adopt this approach."

In the case of Somkid's sentence reduction, since the current law didn't disqualify him from receiving one, his actual prison term kept decreasing until he qualified for parole, he said.

"There should be new and tougher regulations to fix this loophole," he said.

Pol Gen Winai Thongsong, a former deputy national police chief, who was part of the police team which hunted Somkid down back in 2005 and brought him to justice, said Somkid was "a real smart person" and it wasn't easy to catch him back then.

"He shouldn't be released ever again," he said.

Kritsanaphong Phutrakun, a criminology expert with Rangsit University, meanwhile, said lack of socialisation was the root cause of Somkid's deviant behaviour. 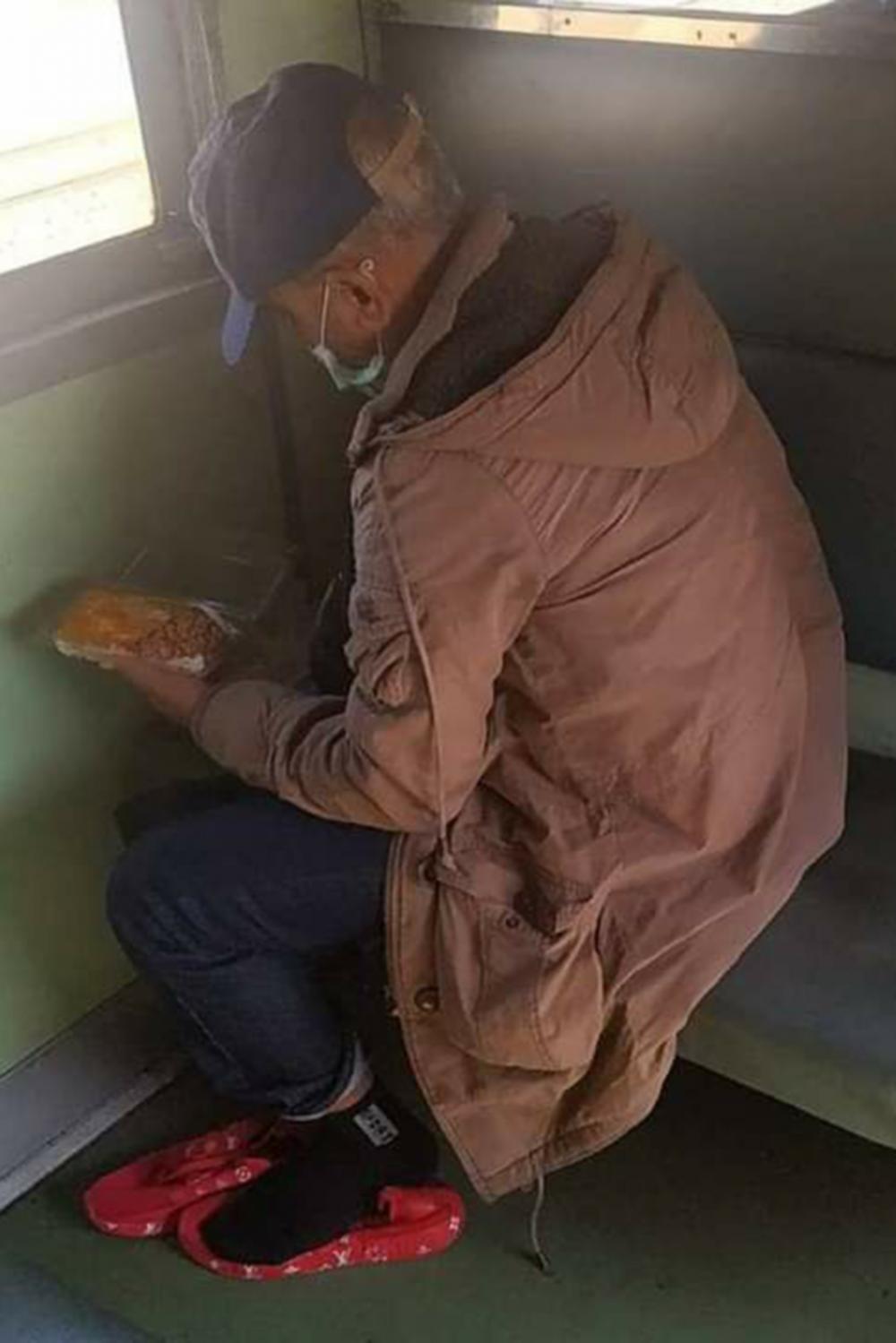 Somkid, wearing a mask and cap, is seen holding a meal box on a Surin-Bangkok train in Nakhon Ratchasima yesterday. (Police Photo)

"Somkid dropped out of school as a young child and had to live with a violent and abusive stepfather, which skewed young Somkid's perception of society," Mr Kritsanaphong said.

As for the Corrections Department, he said his previous research had found that it was almost impossible for the department to correct prisoners' behaviour.

The department's prisons were found to have exceeded their detention capacity by as much as two to three times, he said.

"The information we obtained from interviews with warders suggest that it is already difficult for them to simply prevent a jail break, which could happen at any moment," he said.

"No one has the time to think about rehabilitating prisoners."