Rescue workers at the scene where a white Nissan Tida sedan plunged off the road at a dark three-way intersection in tambon Taling Chan of Bang Pa-in district, Ayutthaya, late on Sunday night. A married couple were killed. Their two daughters, aged five and two, were found injured but alive, held in their mother's arms. (Photo by Sunthorn Pongpao)

The highest death toll was reported in Bangkok, with 10 fatalities, but the most accidents were reported  by the northern province of Lampang, with 48. The Central Plains province of Nakhon Pathom reported the most people injured in road accidents over the three days, at 56.

"The figures dropped from the same period last year thanks to the cooperation of the people and concerned organisations. Authorities are doling their best to prevent accidents, especially between 4pm and 8pm, when they peak," Pol Lt Gen Damrongsak said.

On Sunday alone there were 531 road accidents, 47 deaths and 560 injured people. Drink driving was given as the most common single cause, present in about 32% of accidents, closely followed by speeding, about 31%, he said.

Vithawan Sunthornkajit, director-general of the Probation Department, said that over the three-day period there were 4,601 cases of drink driving reported. Bangkok had the highest number, with 289 offenders,  followed by 254 in Khon Kaen and 237 in Maha Sarakham, both in the Northeast.

On Sunday there were 3,894 cases of drink driving reported, he said. 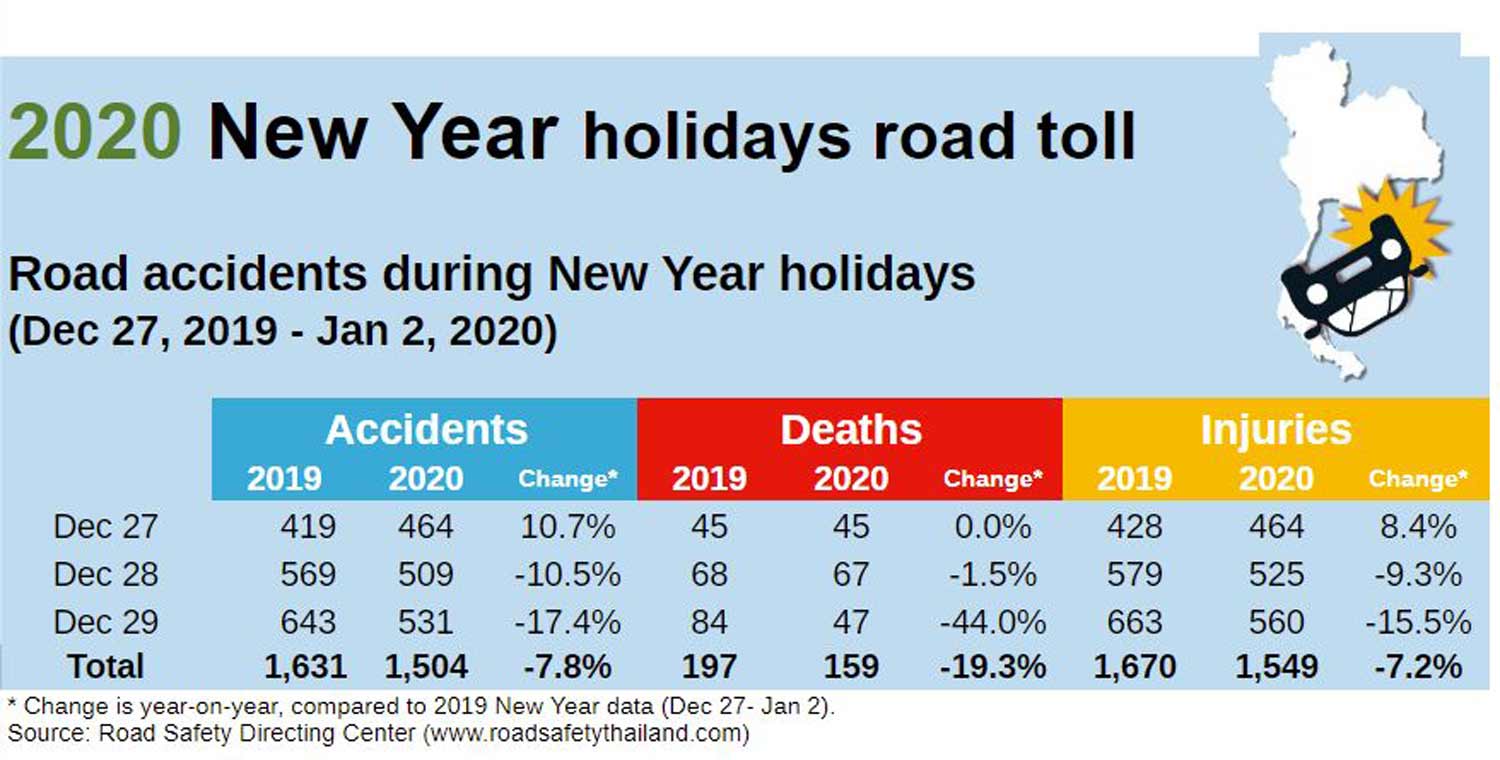