Says Thais should learn from their mistakes

His Majesty the King expresses his best wishes for Thais in a nationwide broadcast Tuesday night. Photos by Royal Household Bureau

His Majesty the King has urged people to learn from their mistakes for the sake of self-improvement.

In the King's annual New Year's Eve speech Tuesday night, His Majesty said that in performing any task it is normal for people to make mistakes and commit faults.

However, those errors should prompt one to learn to solve them and rectify the faults. This is a lesson for individuals that can also be applied to the wider society, he said.

It takes experience, wisdom and knowledge as well as ability to prevent mistakes from being repeated. And through this process, a person can grow and advance in their lives while achieving the true virtues, he said.

His Majesty the King conveyed New Year wishes of happiness and kind thoughts for the people. He also urged people to keep up their morale and physical health while remaining mindful of their conduct. He hoped people would live their lives with decency, righteousness and in moderation while having the resolve to work for the country's interest.

His Majesty also sought the blessings of the sacred forces and His Majesty King Bhumibol Adulyadej The Great to ensure the nation's happiness and prosperity this year.

The cover features the emblems of the Chakri dynasty and those of His Majesty the King and Her Majesty Queen Suthida Bajrasudhabimalalakshana.

Inside the card, a message on the left-hand side says "Royally-Bestowed New Year Wishes BE 2563" with the signatures of Their Majesties.

Appearing on the right-hand side of the card is the picture of Their Majesties sitting under a portrait of His Majesty King Bhumibol Adulyadej The Great. 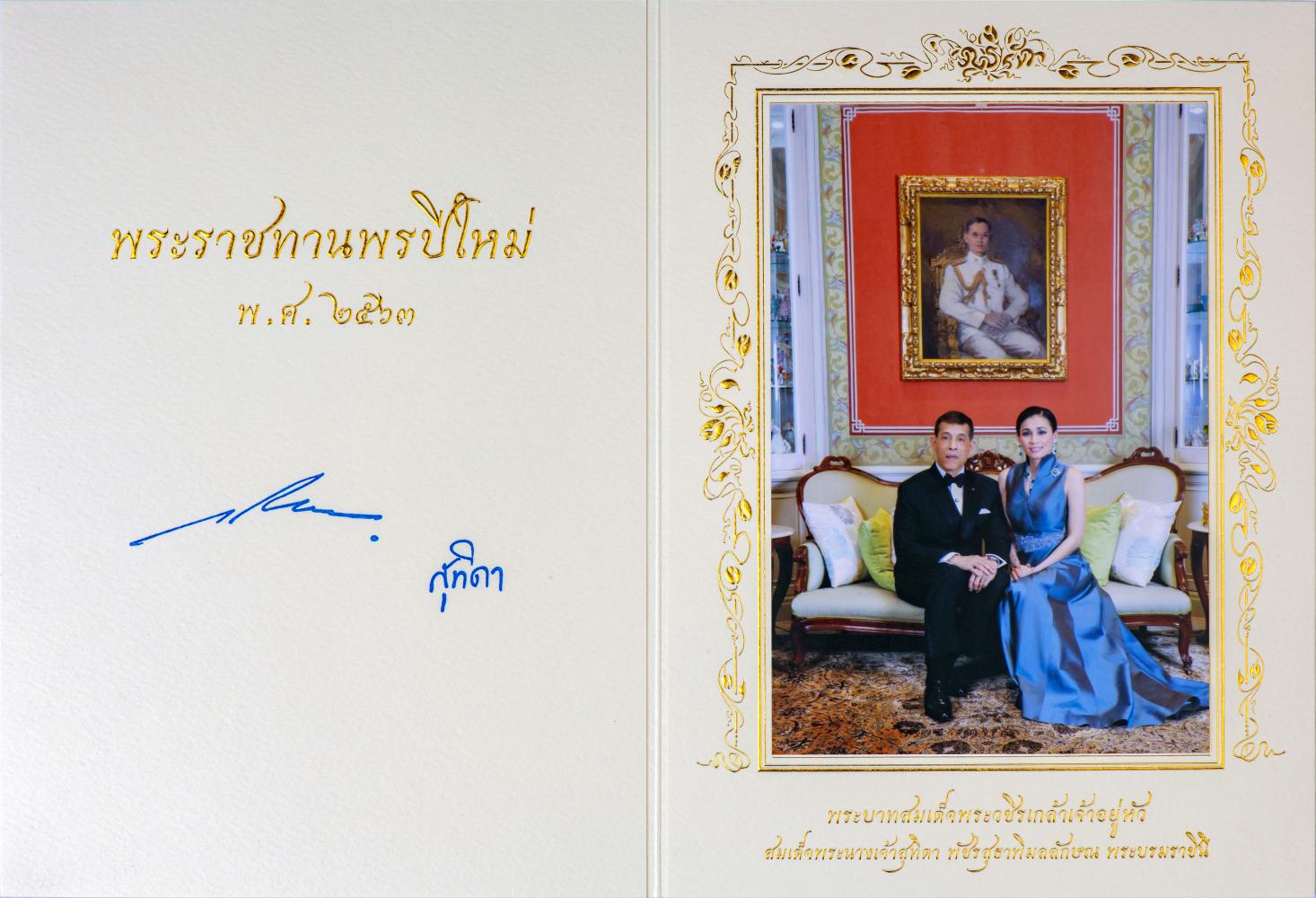 Inside the the New Year's greeting card is a picture of Their Majesties on the right and their signatures on the left.