A motorist crosses a bridge over the Yom River in Sam Ngam district of Phichit, one of the northern province hit by drought. (Photo by Sarot Meksophawannakul)

The cabinet will on Tuesday be asked to approve a budget of 3 billion baht to combat water shortages in vulnerable areas which may worsen in the coming months, the Office of National Water Resources (ONWR) said.

ONWR secretary-general Somkiat Prajamwong said the funding, to be allocated from the central budget, is to implement 2,041 projects as a short-term relief measure given expectations the drought could worsen in May-June.

The projects, which include digging artesian wells, will be implemented by four agencies -- the Armed Forces Development Command, the Royal Thai Army, the Department of Ground Water Resources and local administrative bodies.

When the 2020 fiscal budget bill is passed, state agencies are advised to disburse funds worth 9.4 billion baht to implement 1,434 water projects in 54 provinces as soon as possible, he said.

These schemes will store up to 135 million cubic metres of additional water and should be completed before the rainy season, he added.

Deputy Prime Minister Prawit Wongsuwon said the northern and northeastern regions are the most likely to be affected by seasonal drought.

He said authorities plan to dig more than 500 artesian wells this year, while insisting measures are in place to ensure adequate water supplies until July. 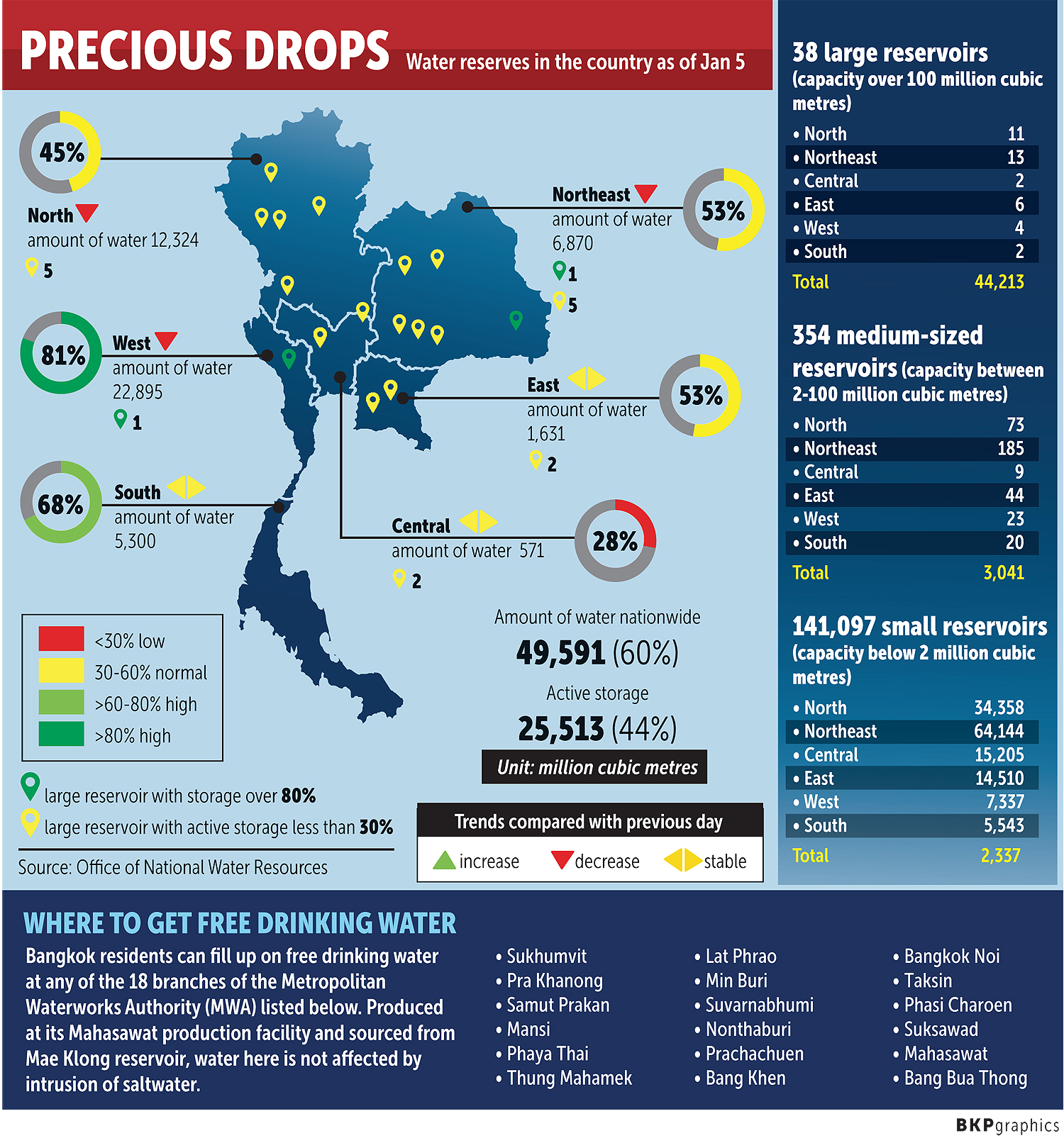 Prime Minister Prayut Chan-o-cha on Monday urged residents to build small ponds if possible to retain water for consumption during the dry season, saying even though the government has a 20-year water management plan, not every inch of Thailand will have access to water due to geographical limitations.

Gen Prayut said the water management command centre to be approved today by the cabinet will coordinate agencies working on the crisis.