Bullet holes are evident in the two left doors of a car owned by former Pol Lt Gen Surachet Hakparn, fired by a gunman while the PM's Office adviser was in a nearby restaurant in Bang Rak district on Monday night. (Police photo)

A gunman fired eight shots into former immigration police chief Surachet Hakparn's parked car while he was at a "business meeting" in Bangkok's Bang Rak district on Monday night.

The shooting was reported to Bang Rak about 9.30pm.

The white Lexus SUV belonging to the once popular police officer was parked in the street outside the Surawong Sarika Co. Eight bullet holes were found in the doors on the left side of the vehicle.

Pol Lt Gen Surachet, known as Big Joke, was not in the car at the time. He was attendikng a "business meeting" nearby.

The adviser to the Prime Minister's Office said after seeing the bullet holes in his car that he was certain the shots had been intended to take his life. However, he had no conflict with anyone, he said. (more below) 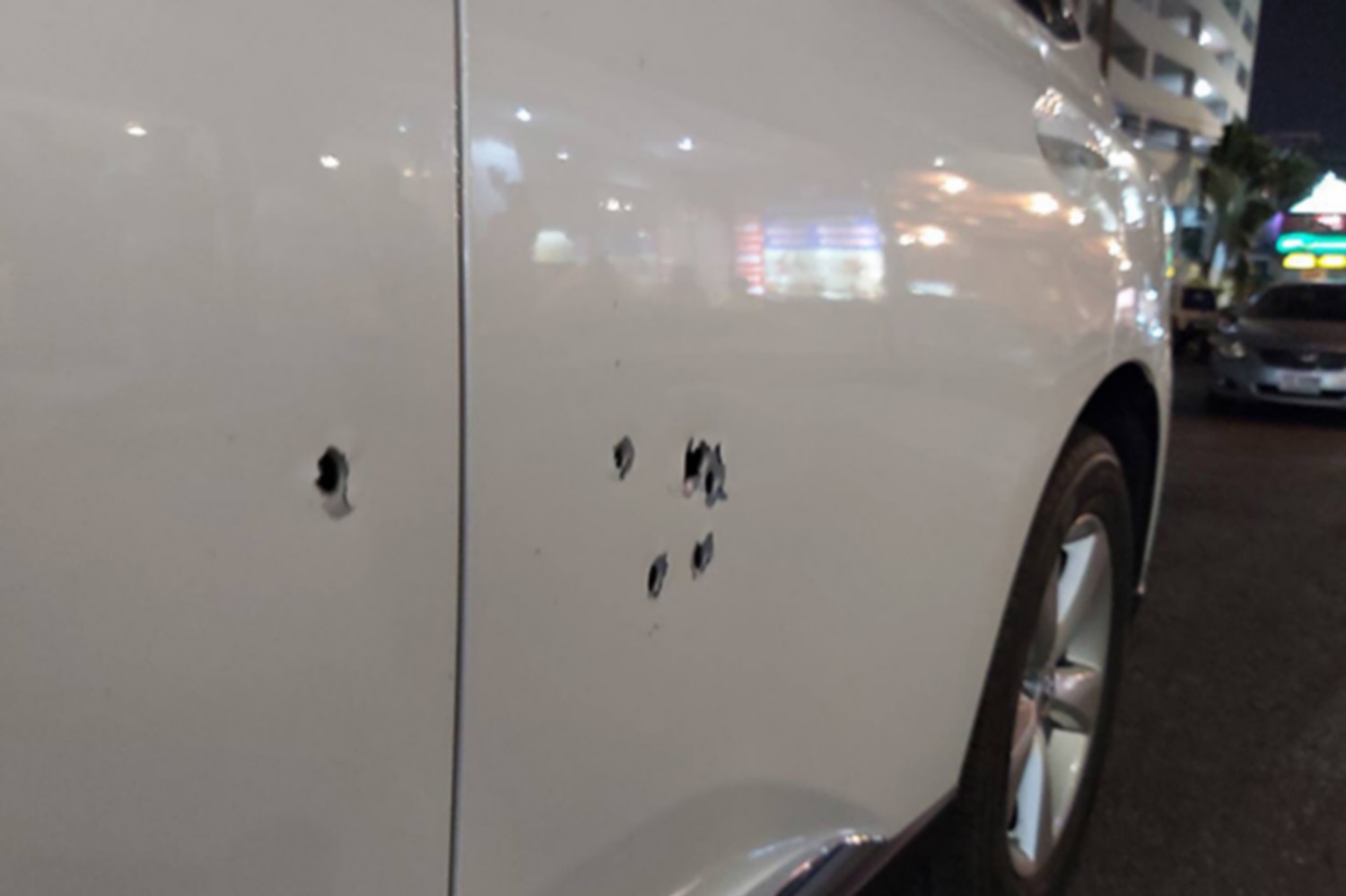 A close up of the bullet holes in the former immigration police chief's car. (Police photo)

Pol Lt Gen Surachet rose rapidly through the police ranks during the five-year rule of the military after the 2014 coup, due to his close ties with Deputy Prime Minister Prawit Wongsuwon.

He was chief of the Police Immigration Bureau until last year, when he was suddenly shunted out of law enforcement circles to the civilian position of adviser at the Prime Minister's Office. The reason for his sudden fall from grace was never explained and remains obscure.

Gen Prawit said on Tuesday he would not jump to conclusions about Monday's night's attack, whether it was a set-up or a personal conflict. He was awaiting the police investigation report.

Deputy national police chief Wirachai Songmetta said on Tuesday forensic experts would examine the bullets extracted from the car doors, to determine what type of firearm was used.

Witnesses said a person on a motorcycle had fired the shots, he said.

Pol Gen Wirachai said after a 45-minute meeting with police top brass on Tuesday afternoon that seveeral people might have been involved.

The shooter knew the area well and had a clear target, knew how Pol Lt Gen Surachet arrived there, and also knew how to shoot, he said.

CCTV footage obtained by Bangrak district police showed two people on a black Honda Click motorcycle with no licence plates arriving at the scene around 8.17pm, before the shooting . Both wore full-face helmets. They rode around the parked car and then made a u-turn out of the cul-de-sac.

Police will question Pol Lt Gen Surachet around noon on Wednesday, he said.

Pol Gen Virachai said while there were no casualties, the shooting occurred in a tourist area and was an insult to police, who would find those responsible.

Investigators said there were eight bullet holes on the left side of the vehicle, one in the front passenger door and seven in the rear door.

They also found two expended shell casings in the area. They would extract the bullets from the car doors for examination by ballistics experts, Pol Gen Wirachai said.