An official inspect the level of salinity at a tap-water production facility in Bangkok's Bang Khen district. The station is keeping a close eye on saltwater intrusion that is changing the taste of Bangkok water. (Photo by Pattarapong Chatpattarasill)

Ongoing attempts to halt saltwater intrusion in the Chao Phraya River have come at a hefty price -- the collapse of paddy fields in Ayutthaya province.

Most of the rice fields there are already withering and the government has now banned farmers who are growing off-season crops from using water from the Chao Phraya and Pasak rivers from Jan 20.

"Without doubt, over two thousand rai of rice fields [320 hectares] in Nakhon Luang district and adjacent tambon Phra Kaew in Phachi district will be doomed by the lack of water," said Saifon Chomsri, a farmer in tambon Nong Pling, Nakhon Luang district, Ayutthaya -- an area known as the country's rice bowl.

"Farmers were told to halt farming because authorities need fresh water to drive out the intrusion of salty seawater. Of course, officials came and took our names and promised compensation, but we don't know what criteria the government will use to pay compensation," she told the Bangkok Post.

Drought conditions already wreaking havoc on farmers is set to worsen as water from the Pasak and Chao Phraya rivers is diverted to push back seawater intrusion that is tainting tap water for residents of Bangkok and its vicinity. 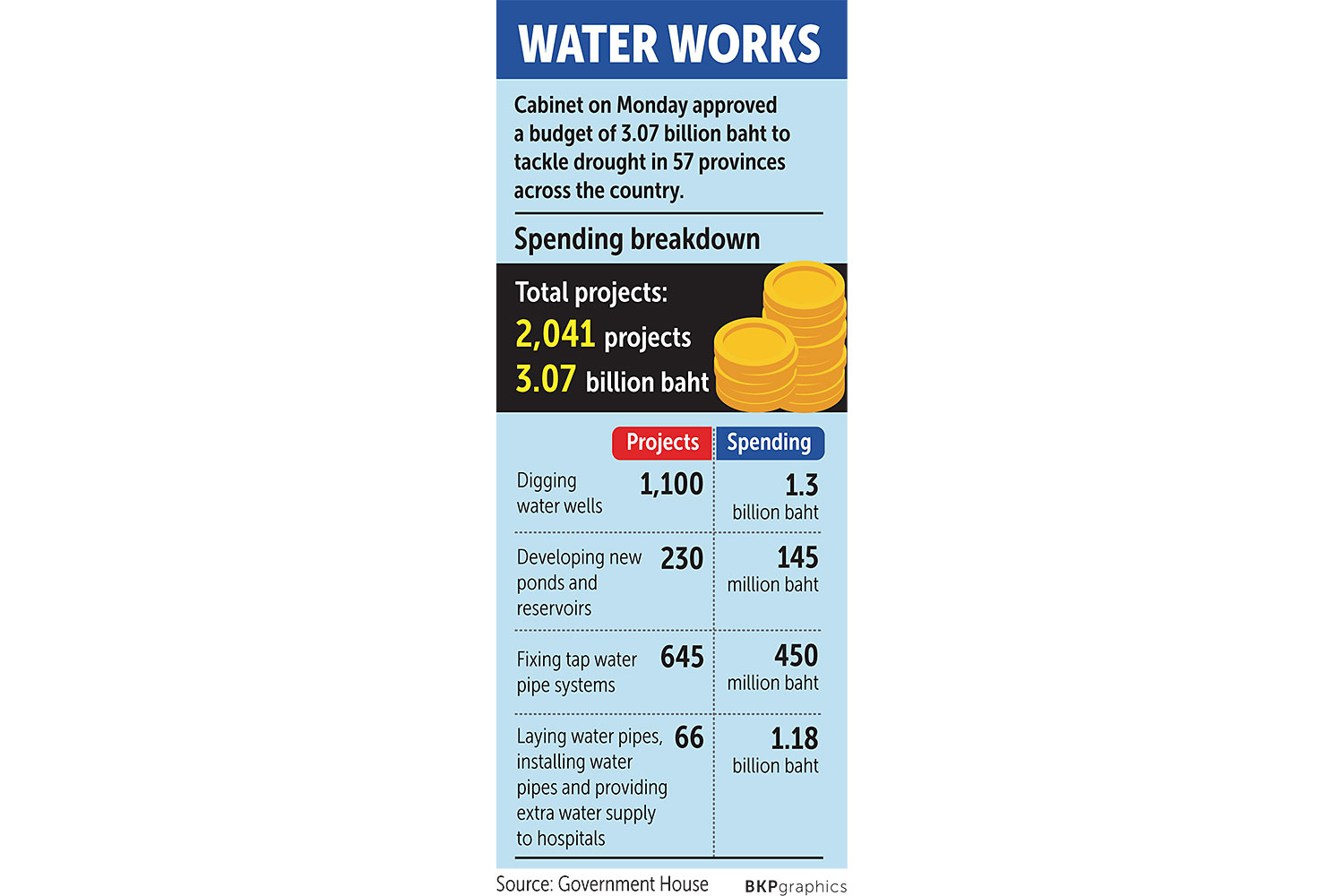 Ms Saifon said many fellow farmers in the province had hired a company to drill artesian wells on their farmland, but found even underground water was scarce.

Water was discovered in only 10 of 30 spots drilled, said the company, adding it was more brackish and at greater depths.

Meanwhile, Royal Irrigation Department (RID) officials are conducting "water hammer" operations to increase river flow in the Chao Phraya, in a bid to drive out seawater intruding from the Gulf of Thailand. The seawater is affecting the Samlae tap-water production facility in Pathum Thani's Muang district.

The "water hammer" requires the Metropolitan Waterworks Authority to lower the water level in the Samlae area while the RID uses upstream water to flush the seawater down towards the Gulf.

"We have already succeeded in pushing the saltwater 5-6 kilometres away from the facility," said Raksak Suriyahan, the Metropolitan Waterworks Authority deputy governor.

However, officials are warning of further saltwater intrusion during two "king tides", on Jan 13-14 and Jan 26-27.