Hunt on for gold-shop killer

An image of a robbery suspect, who killed three people and injured four others, is captured by a security camera as he raided Aurora gold shop at a Robinson shopping mall in Lop Buri's Muang district late on Thursday night. (Aurora gold shop's CCTV photo)

The Crime Suppression Division (CSD) is running checks on victims of a deadly attack at a gold shop after becoming suspicious that the lone gunman's motive was not theft.

A police source said the CSD is examining records of the victims of the shooting at Aurora gold shop in Robinson shopping mall in Lop Buri's Muang district because the assailant snatched such a small amount of gold.

Three people including a toddler were killed and four others wounded when the gunman, wearing a woollen balaclava, black shirt and camouflage trousers, fired at shop staff and customers as he approached the counter.

The gunman was armed with a handgun fitted with a long silencer. He grabbed three trays of gold necklaces worth about 500,000 baht.

The shooting occurred at 8.44pm on Thursday shortly before the shopping mall, located on Phahon Yothin Highway in tambon Kok Ko, closed for the night. 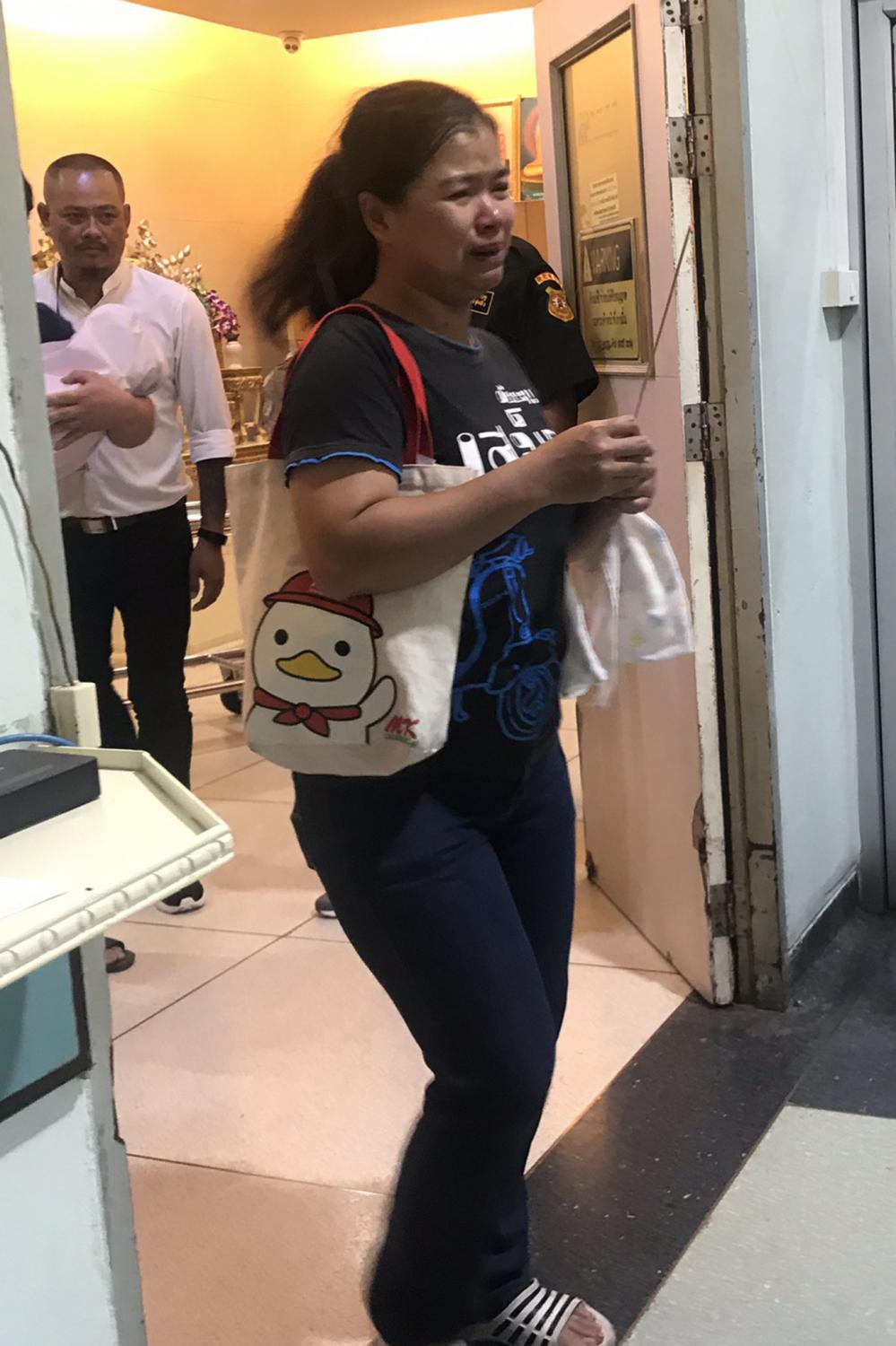 Another screenshot shows the suspected killer fleeing on a motorcycle. (CCTV of Robinson shopping mall in Lop Buri)

One shop assistant was killed in the shooting while a two-year-old boy was shot in the head as he walked past the shop with his mother. The boy succumbed to his injuries at a local hospital.

As the robber left, he shot a security guard dead before fleeing on a red-white Yamaha Fino motorcycle without a licence plate.

Two of the wounded victims were a husband and wife who were selecting gold jewellery with their daughter when the gunmen opened fire. The couple, prominent business people in the province, underwent surgery and were declared out of danger while their daughter escaped unharmed.

The shop on Friday released images of the stolen gold's hallmarks and urged anyone who came into contact with the jewellery to notify police.

The families of the dead victims collected the bodies of their loved ones from Thammasat Hospital in Pathum Thani.

The bounty for the gunman rose to 600,000 baht yesterday evening as the manhunt intensified. The reward was announced yesterday by national police chief Pol Gen Chakthip Chaijinda and was swelled by a donation from the private sector. 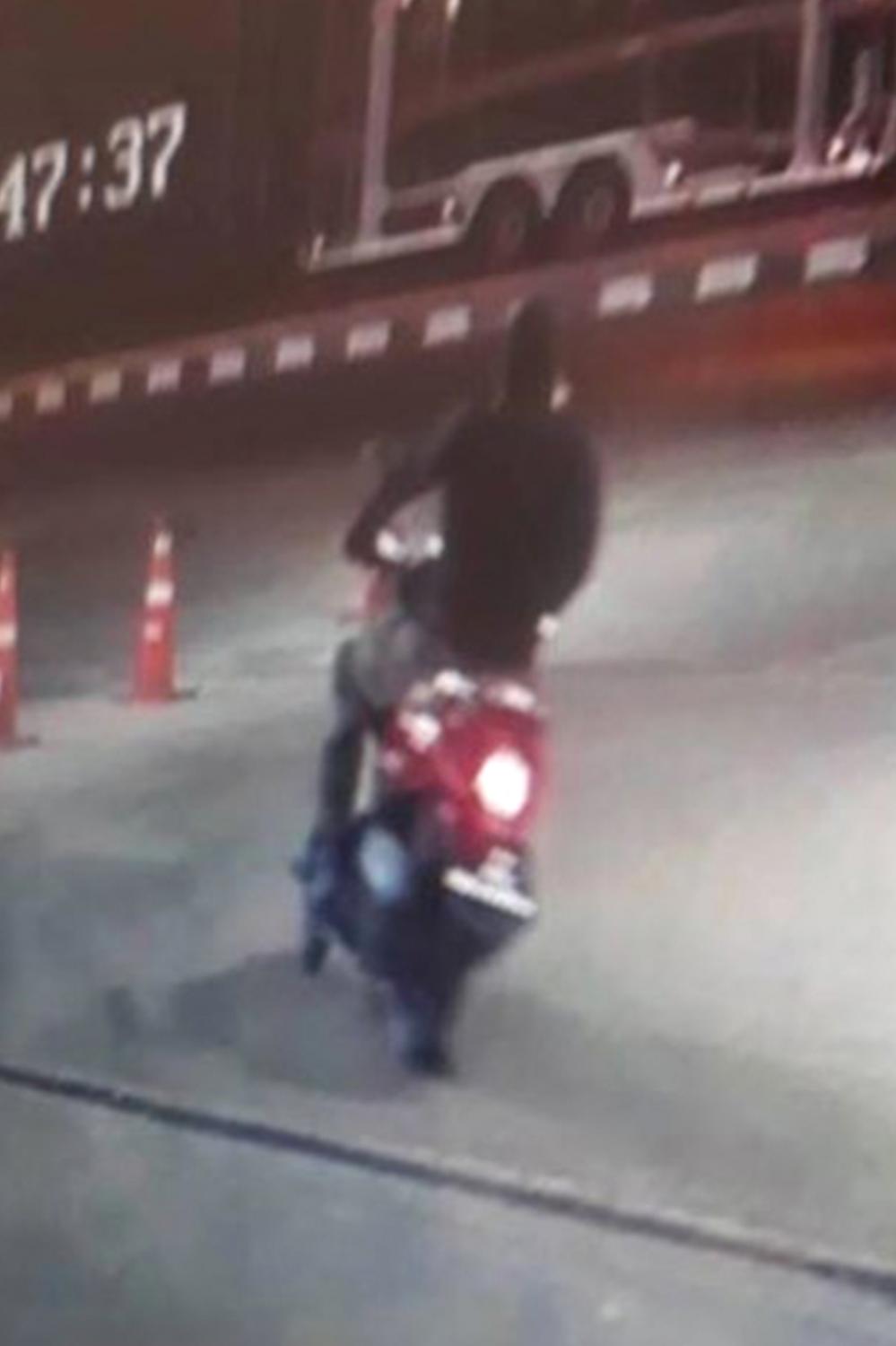 Wilaiwan Yangrod, the mother of a two-year-old boy killed in the shooting, arrives at Thammasat Hospital in Pathum Thani to collect his body. (Photo by Pongpat Wongyala)

"I wonder what state his mind was in. A woman died. A child died. You wanted gold. But why must people be killed? I cannot imagine such a cruel mind. I ask people to help find him ... It was appalling. He just shot people upon his arrival," Pol Lt Gen Amphol said.

Senior officers were handling the case and armed police commandos were being deployed in the hunt, he said.

Responding to social media comments that the killer was dressed like a soldier and skilled in using weapons, army spokesman Winthai Suvaree said only that police were investigating.