3 arrested, 500kg of marijuana worth over B7.6m seized
Thailand
General

3 arrested, 500kg of marijuana worth over B7.6m seized

Two of three people arrested for involvement in the smuggling of marijuana are escorted by highway police for a media briefing in Khon Kaen on Thursday. (Photo by Chakrapan Nathanri)

KHON KAEN: Two men and a woman were arrested and over 500kg of compressed marijuana seized at a checkpoint in Nam Phong district on Thursday.

Highway police manning the checkpoint on Mittraparb Road signalled a suspected pickup truck with Songkhla licence plates for a search on Thursday afternoon.

The driver, who was alone in the vehicle, acted suspiciously when asked by the officers, said Pol Col Apichart Phothichan, chief of highway police sub-division 4.

A total of 510 bars of compressed marijuana, weighing 510kg were seized. The drugs had a face value of about 7.6 million baht, said Pol Col Apichart.

Driver Veeraphan Somphon, 37, confessed he had been hired by another man, identified as Boonyang Srisasiwong, 59, for 50,000 baht to transport the drugs. He told police that Mr Boonyang had driven another car ahead of him.

The officers then asked Veeraphan to tell Boonyang that his pickup truck had a trouble.  When Mr Boonyang drove back to check Mr Veeraphan’s vehicle, he was subsequently caught, said Pol Col Apichart.

Since New Year holidays, more than 1,900kg of marijauna had been seized at checkpoints in Khon Kaen, said the highway sub-division 4 chief. 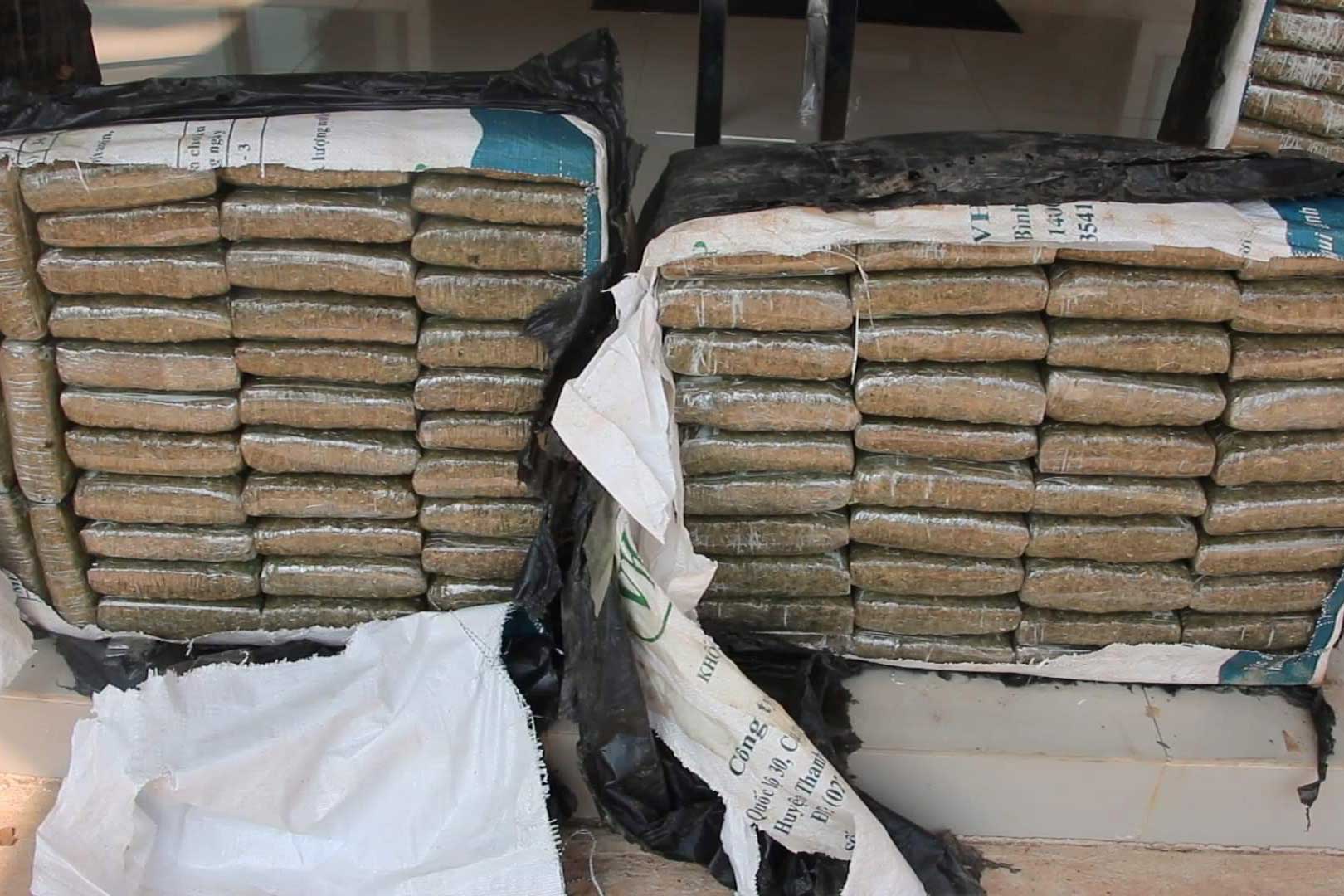 A total of 510 bars of compressed marijuana, worth about 7.6 million baht, are seized. (Photo by Chakrapan Nathanri)