Prime Minister Prayut Chan-o-cha says he will not allow his first or last name to be used for a proposed bridge from the southern mainland to Koh Samui. (Photo from tourism business operators)

The prime minister is not in favour of a government MP's suggestion that a proposed road link between the southern mainland and Koh Samui be named the Chan-o-cha bridge, according to government spokeswoman Narumon Pinyosinwat.

But he is not opposed to the idea of the bridge itself.

Ms Narumon said on Friday that Prime Minister Prayut Chan-o-cha would not allow his first or last name to be used for bridges or other public structures.

"I have never allowed others to use my name or last name for anything built using state budget funds," Ms Narumon quoted him as saying. "People should be remembered for what they have done, not places named after them."

The issue came to light on Thursday when Sayant Yutitham, a Palang Pracharat MP for Nakhon Si Thammarat, resurrected the idea of building a bridge connecting Khanom district in the southern province with the popular tourist island. 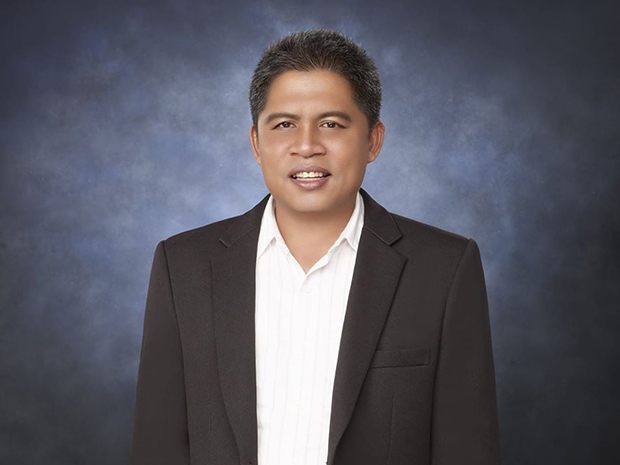 Sayant Yutitham, a PPRP MP for Nakhon Si Thammarat, wants a bridge built to Koh Samui - and that it be named the Chan-o-cha bridge after the prime minister.  (Photo from Sayant Yutitham Facebook account)

He also suggested it be named the Chan-o-cha bridge after its completion.

"The bridge that I am proposing should be built to honour the present prime minister. Once construction is complete it should be named the Chan-o-cha bridge," he told a House session on Thursday.

The spokeswoman said the prime minister was unaware of the issue. The southern MP had not consulted him on his proposal.

However, Gen Prayut was open to the Transport Ministry making a study of the feasibility of building a bridge, and its impact on local communities and the environment.

Tourism operators and health officials have toyed with the idea of building a bridge since 2017, to make it easier for tourists to get to and from Koh Samui and to quickly transfer patients from the island. 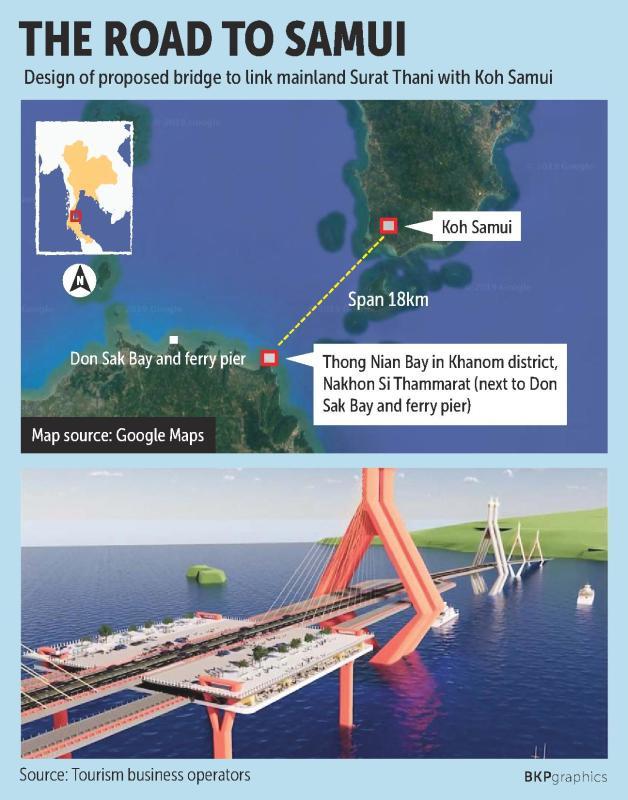 Their proposal to base it from Khanom disrict would provide shortest route - an 18-kilometre-long link between the mainland and island.

More than 2 million tourists visit Koh Samui in neighbouring Surat Thani province each year. The island can be reached by ferry, express boat or plane. Visitors have to endure long lines during public holidays.

Mr Sayant posted a Facebook message on Friday defending his proposal, saying the main point was not the "name of the bridge".  Benefits for local people and tourism were the key, he said.