Elderly French motorcyclist killed by out of control ATV

A police officer examines the red all-terrain vehicle (ATV) involved in a crash with a motorcycle that caused the death of an elderly Frenchman in Muang district, Phuket. (Photo by Achadtaya Chuenniran)

PHUKET: An elderly Frenchman was killed when an all-terrain vehicle ridden by an American woman crashed into his motorcycle in Muang district. The woman sustained serious injuries.

The crash involved a red ATV registered to Paradise Trip Co, and a black motorcycle ridden by an 82-year-old French national whose name was withheld pending notification of relatives.

Emergency responders found the elderly Frenchman lying unconcscious on the road. Medics performed CPR before sending both the injured to Chalong Hospital.

The Frenchman suffered head injuries and was later pronounced dead. His body was taken to Vachira Phuket Hospital for a post-mortem examination. The woman was later transferred to Siriroj Hospital.

Police investigators said the woman apparently lost control of the ATV, which crashed into the motorcycle. The investigation was continuing. 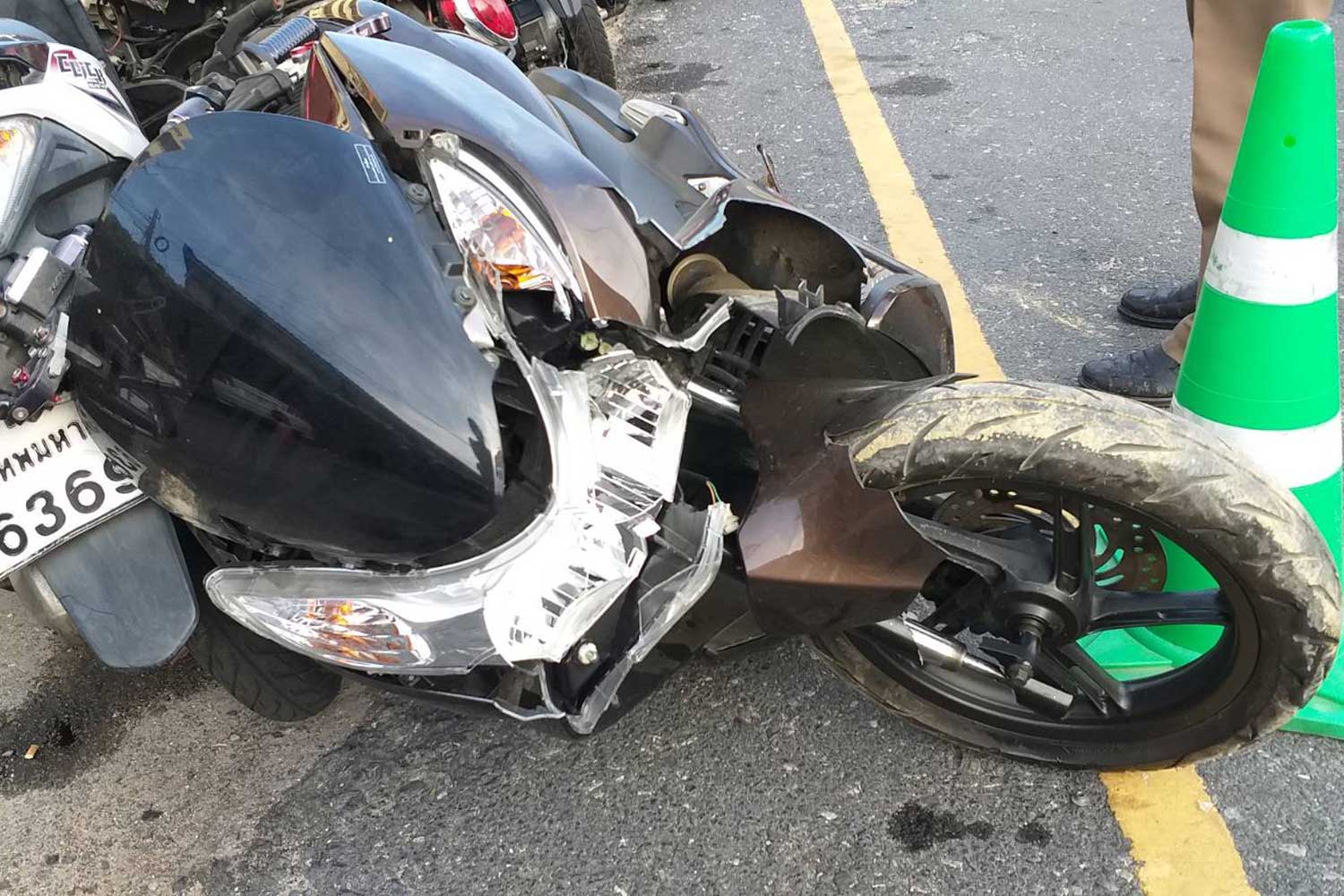 The motorcycle ridden by the Frenchman was severely damaged when hit by the ATV. (Photo by Achadtaya Chuenniran)