Forensic police carry a metal gate retrieved from a pond to fit to a door of a house owned by murder suspect Apichai Ongwisit, 40, in Bang Khae district. They believed the suspect used the gate to weigh down at least one body dumped in the pond near the house. (Photos Pornprom Satrabhaya)

Almost 300 bones were retrieved on Friday from a pond near the home of a 40-year-old man who was charged last week with murdering his 22-year-old girlfriend and concealing her corpse.

Divers found a total of 288 bones in the pond about five metres away from the location where they had found a human skeleton on Thursday. The skeleton was wrapped in clothes and a bedsheet and hidden under a massive metal object and fastened to dumbbells with chains.

The search of the pond was ordered after police were convinced by witness testimony that it was possible that there were two more corpses in the pond near the suspect's home in Bang Khae district.

Apichai Ongwisit, 40, was arrested at his house early this month after police found the body of his 22-year-old girlfriend, identified only as Kik, wrapped in a plastic bag and buried on the man's property.

Police said the woman's body was identified by her family as they recognised a fish tattoo on her back. 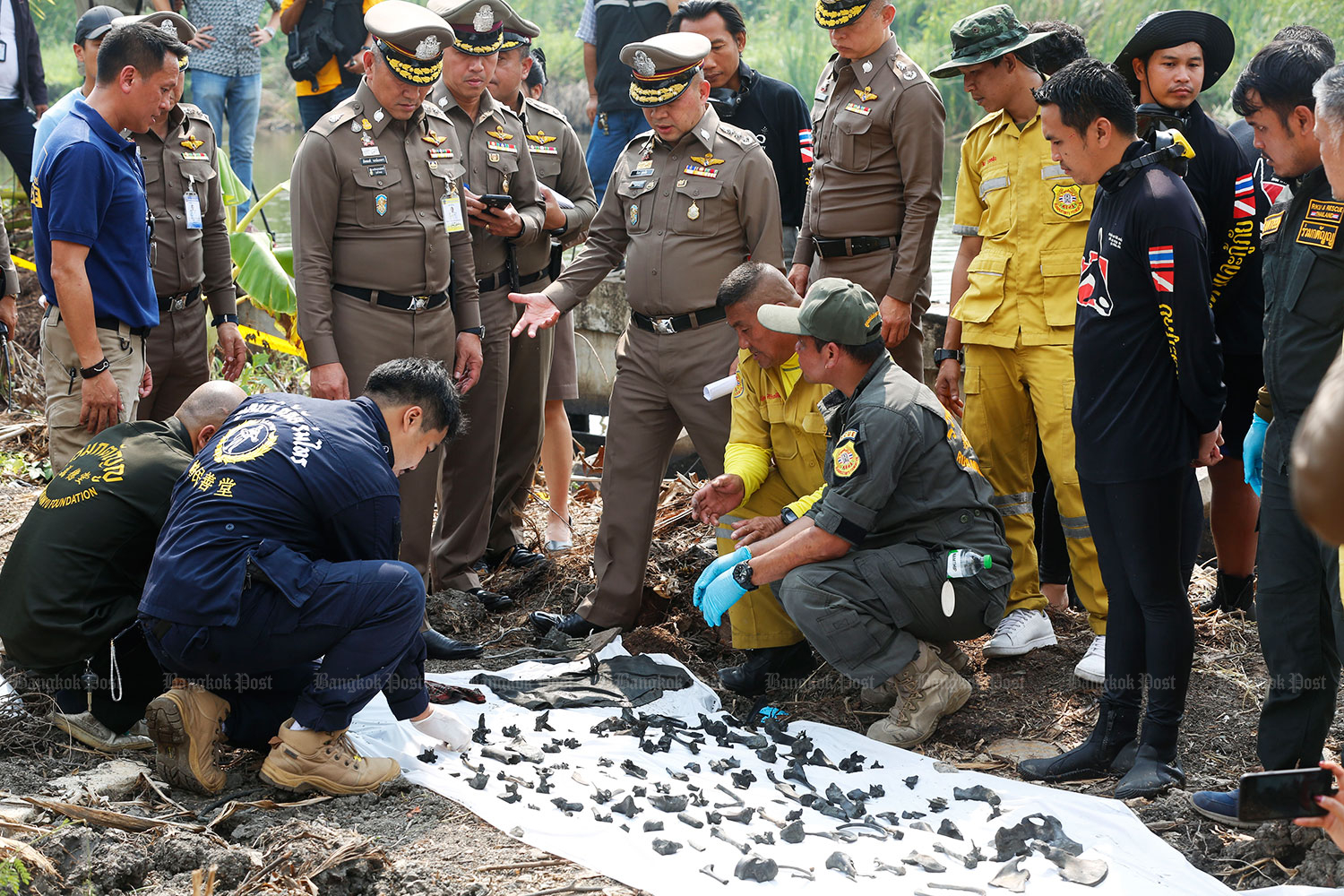 Over 200 human bone fragments found in a new search of the pond are placed on a white sheet for inspection. 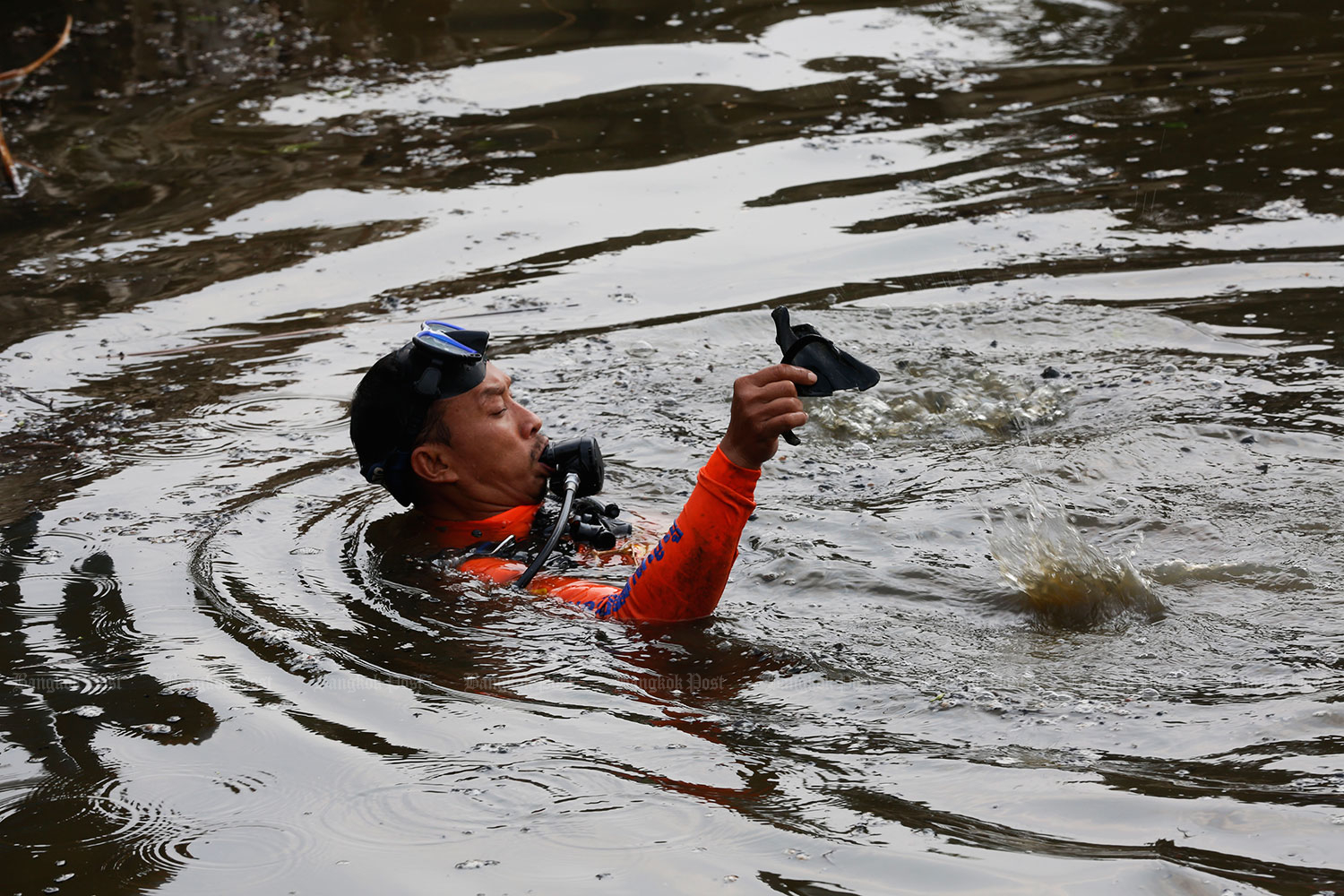 A diver holds up an object he found in the pond during a fresh search yesterday.

Anusorn Pongkesa, a diver from the Ruam Katanyu Foundation, said on Friday that most of the 288 bones were human remains.

According to Mr Anusorn, about 20 divers took part in the search which lasted five hours.

A source close to the investigation said that police were planning to drain the pond to search for more evidence as they believed at least three people were still missing.

The bones will be sent to Siriraj Hospital for examination and identification and it was still too early to say if the bones were related to the skeleton found on Wednesday, said the source.

Besides a stone chair, a metal gate was also discovered and it is believed to have been used to weigh down at least one of the bodies dumped in the pond as it was attached to thick electricity cables. Although the gate was the same size as another at the suspect's home, there were four other places in the area which had similar gates.

The case began back in July last year when Mr Apichai and Kik filed a complaint with the police. They wanted police to track down suspects who had allegedly sexually assaulted Kik.

However, a short while after meeting with the police, Kik's family reported the woman missing. Meanwhile, investigators tried in vain to contact her over the sex attack case.

While trying to locate Kik, they arrested a 50-year-old named only as Chalermchai who gave important clues about the woman's disappearance.