Five charged with swindling retiree out of B239m
Thailand
General

A chart prepared by the Crime Suppression Division details the activities of the gang accused of swindling a 79-year-old man out of 239 million baht. (Supplied photo)

The first four suspects have been charged with colluding in public fraud, taking another person’s documents in a way that might damage the owner; falsifying documents and giving false information to police.

Ms Phattraporn has been charged with colluding in taking another person’s documents in a way that might cause damage to the owner and falsifying documents.

The arrests came after Narit Sarnsak, 79, a retired engineer, filed a complaint with police in mid-2019, accusing Mr Apichart and his four accomplices of swindling him out of 239 million baht.

According to the CSD deputy chief, Mr Apichart first approached Mr Narit in 2012 via a friend working in the real estate business after learning that the elderly man was wealthy.

He began to strike up a friendship with Mr Narit and later told the victim that he was facing a Criminal Court case in which bank accounts containing 20 million baht had been confiscated. Mr Apichart asked to borrow 15 million baht, claiming the money would be used for legal action to recover his money. Mr Narit agreed, and the pair signed a loan contract.

Three years later, Mr Apichart had still not repaid his debt and when Mr Narit asked for the money, he received cheques that turned out to be duds.

Mr Apichart later made up another story that the court had cleared his case and ordered the return of his money. However, the Anti-Money Laundering Office (Amlo) had not yet returned the funds, he claimed.

He then asked one of his accomplices to contact the victim by phone. The accomplice claimed to be Pol Col Seehanat Prayoonrat, then the Amlo secretary-general. He told Mr Narit that he could help Mr Apichart get back his money. However, the bogus Amlo chief also claimed he was about to be moved from his post and asked to borrow 34 million baht to ensure that he could keep his job.

Given that most people believe position-buying in the government is common, it was not surprising that Mr Nirat believed the story and lent him the money.

In another instance, another member of the gang claiming to be Gen Apirat contacted the victim by phone. After a few exchanges in which he gained Mr Nirat’s trust, the bogus army chief managed to borrow 100 million baht by claiming that the money would be used to buy a New Year gift to Deputy Prime Minister Gen Prawit Wongsuwon.

The bogus army chief later duped the victim into giving him several land plots by claiming that they would be sold for handsome profits.

During the interrogation, three of the suspects — Mr Apichart, Mr Thotsaphol and Ms Patcharaporn — denied all charges. Mr Pakorn and Ms Phattaraporn told police they were partially aware of what had happened. However, the pair insisted they were not involved in swindling the victim. 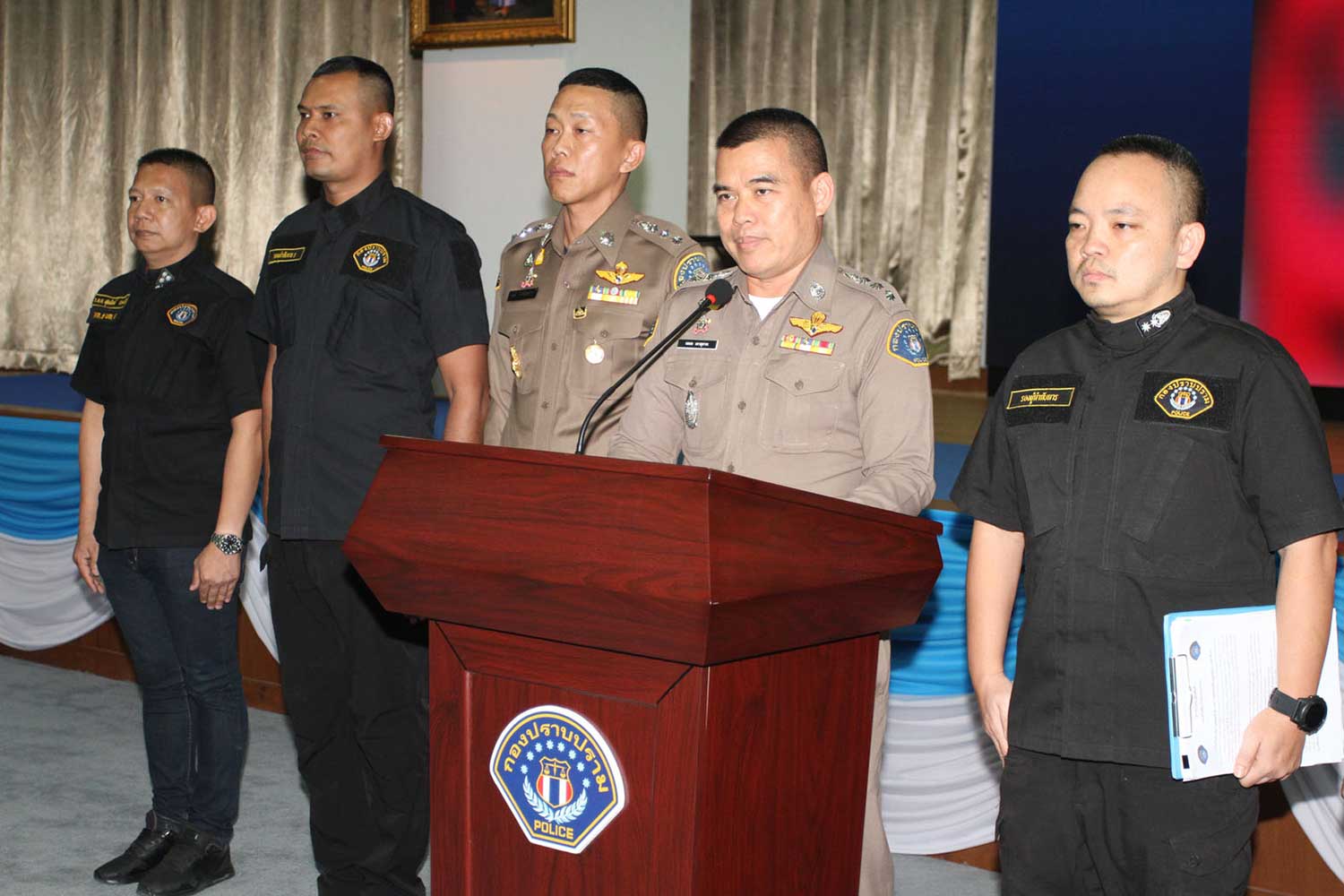 Crime Suppression Division police discuss the arrest of the five fraud suspects at a media briefing on Friday. (Supplied photo)

Dad not convinced debt was behind family suicide

The father of a second-hand car dealer who died by carbon monoxide poisoning along with his family at their home in Phitsanulok isn't convinced his son committed suicide over a debt, it was reported.

The unease caused by Covid-19 is expected to drag down Thai tourism for more than six months, triggering airlines to slash ticket prices to steer the market.