Soldiers display seized speed pills during a media briefing in Chiang Rai on Saturday. Three men are in custody. (Photo by Chinnapat Chaimol)

The packages containing the ya ba pills bore an eagle logo, which law enforcement officials have not seen before, according to Col Chatree Sa-nguantham of the Pha Muang task force.

Three young men were arrested in an operation carried out by soldiers from the task force in Muang district of Chiang Rai on Friday night.

The soldiers were deployed to the Nong Bua reservoir in tambon Bandu at around 10.30pm on Friday following a tip-off that illicit drugs were going to be smuggled from the border area in Mae Sai district to an area near the reservoir.

They later spotted a white Toyota Innova with Bangkok licence plates parked near the reservoir, with three men standing nearby. The soldiers asked to conduct a search and found 13 sacks inside.

Col Chatree said one of the suspects was a Thai-Japanese national as his father was a Japanese.

Wa State in Myanmar has long been known as a key methamphetamine producing area in Southeast Asia. It is the hub of an ever-expanding production and export enterprise that is now finding more markets beyond Southeast Asia.

Ample supplies have worsened the regional methamphetamine epidemic, as it now costs as little as 40 baht to buy a ya ba pill in Bangkok. That’s down from 200-300 baht a few years ago, and is about the same price as when former prime minister Thaksin Shinawatra launched his bloody war on drugs in 2003.

The scale of the problem in Thailand alone is enormous. The number of methamphetamine tablets seized in 2018 in the country — 515 million — exceeded the combined seizures reported from all countries in the region in any preceding year, according to the United Nations Office on Drugs and Crime (UNODC). 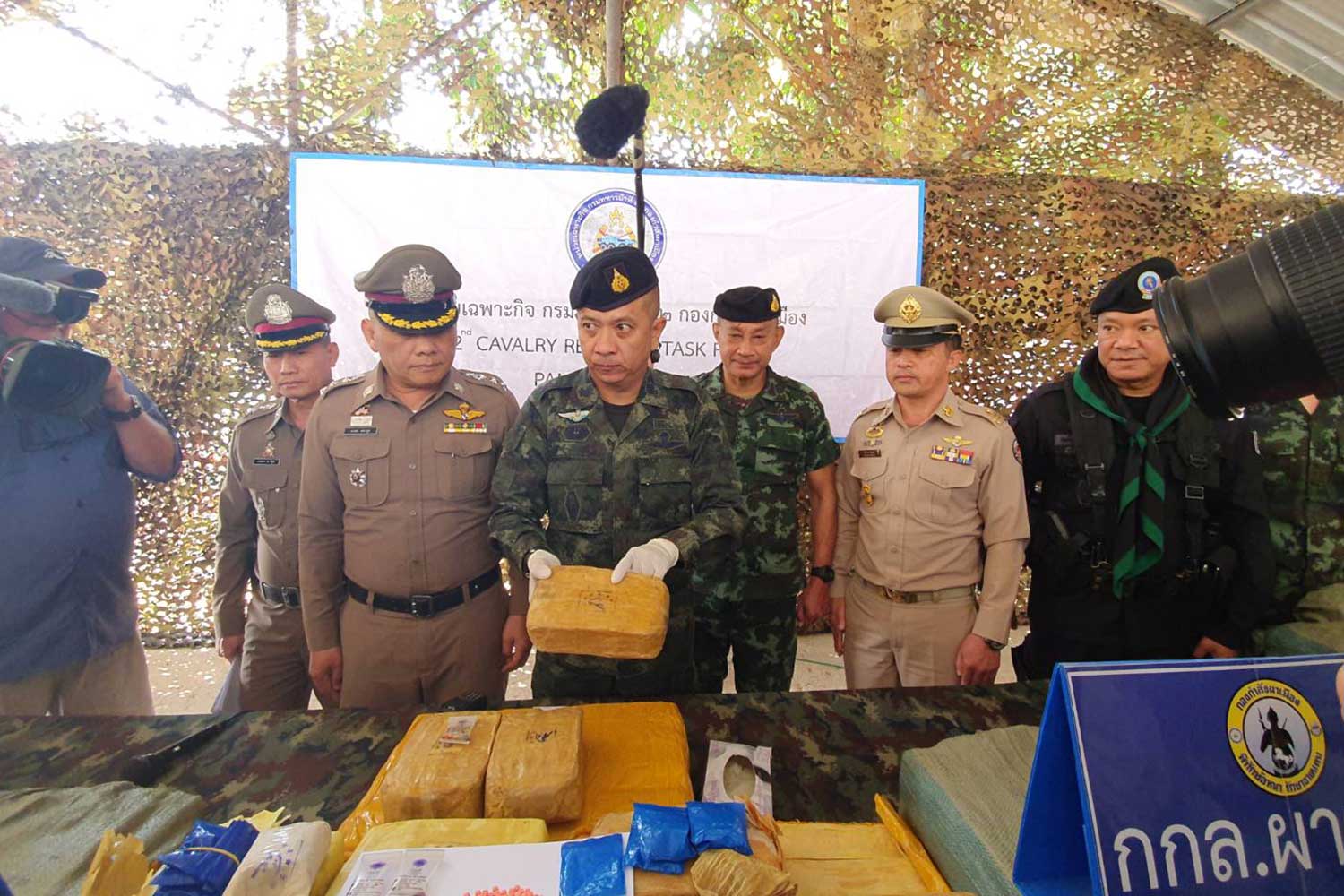