A nurse helps a medic don protective gear during a demonstration at a press briefing on the launch of the Emergency Operations Centre by the Bangkok Metropolitan Administration to respond to the spread of the deadly coronavirus. (Photo by Chanat Katanyu)

The Public Health Ministry on Friday confirmed Thailand's first case of person-to-person transmission of the novel coronavirus, as the government started preparing to repatriate 161 Thai nationals from China next week.

Air Asia which has several direct flights between Bangkok and Wuhan has offered to provide flights to bring the Thais back home.

Dr Sukhum Kanchanapimai, permanent secretary for public health, said the virus was contracted by a local taxi driver who had never travelled to China. 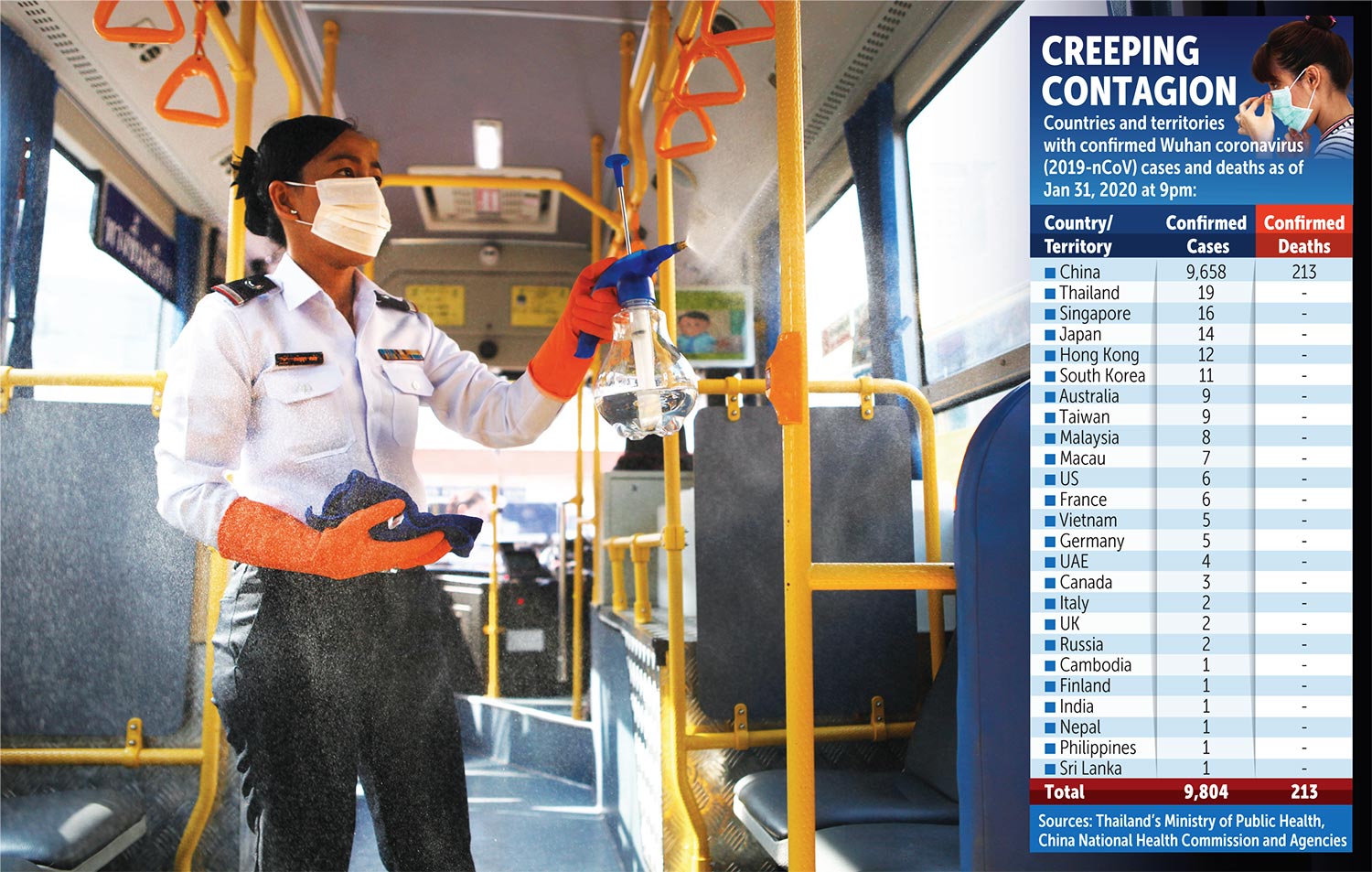 Dr Sopon Iamsirithavorn, director of the Bureau of General Communicable Diseases, said the latest patient was one of two taxi drivers suspected of contracting the virus. The second man, however, tested negative.

He added that 13 people who were in close contact with the newest patient, including three members of his family, tested negative but were still under surveillance for 14 days.

Sopon believes the taxi driver was possibly exposed to the virus when he drove a Chinese national to hospital. The Chinese citizen was one of the confirmed coronavirus cases, who recovered and was discharged.

Human-to-human transmission of the virus has also been confirmed in other countries, including Germany, Japan, South Korea and the United States, Dr Sopon said.

Dr Tanarak Pipat, deputy director- general of the Department of Disease Control, yesterday allayed anxieties about the potential ease with which the virus is spreading, saying the taxi driver had taken sick leave and immediately sought treatment.

"If we can contain it, we will return to phase 1, where all the cases will be coming from outside the country," he said.

Tanarak said that compared to other countries, Thailand was at a "greater risk" when it comes to human-to-human transmission.

Prime Minister Prayut Chan-o-cha who returned to work on Friday after taking Thursday off sick said a series of measures were being put in place to prevent the spread of the virus.

"They said Thailand's turn is on Feb 1," he told reporters, though this claim has not been confirmed by anybody else.

"I want to accompany them because I can make an absolute decision if any problem occurs," he said.

In a statement, Tony Fernandes, CEO of Air Asia Group, said he was obliged to offer support due to his special friendship and close cooperation with Mr Anutin.

In Phuket, meanwhile, as a proactive measure to avoid the novel coronavirus from spreading any further, health officials have started visiting Chinese tourists in hotels to check their health.