SAMUT PRAKAN: Five electricity posts and a power transformer were brought down after a pickup truck crashed into one of the posts in Soi Wat Bang Sao Thong, Bang Saothong district, on Saturday night, causing a blackout and blocking traffic in the area for about 10 hours, police said.

The incident occurred at about 10pm, when the truck veered to hit a power pole in the soi. The violent impact also caused four other poles and another supporting the transformer to fall across the soi.

The power supply to the area went off and the traffic was blocked by the fallen power posts entangled by cables of telecom companies.

A BMW and a Mercedes Benz passing the spot at the time were damaged.

The driver, who was not identified and appeared drunk, was brought to Bang Sao Thong police station for questioning and further legal action.

At about 2.30am on Sunday, the Provincial Electricity Authority (PEA) despatched about 30 repairmen and equipment to the area.

The traffic was back to normal at about 5.30am on Sunday and the power supply resumed at 8am.

Thanit Kampalanuwat, director of PEA's Bang Phli power service station, estimated the damage to its property at about 3 million baht. 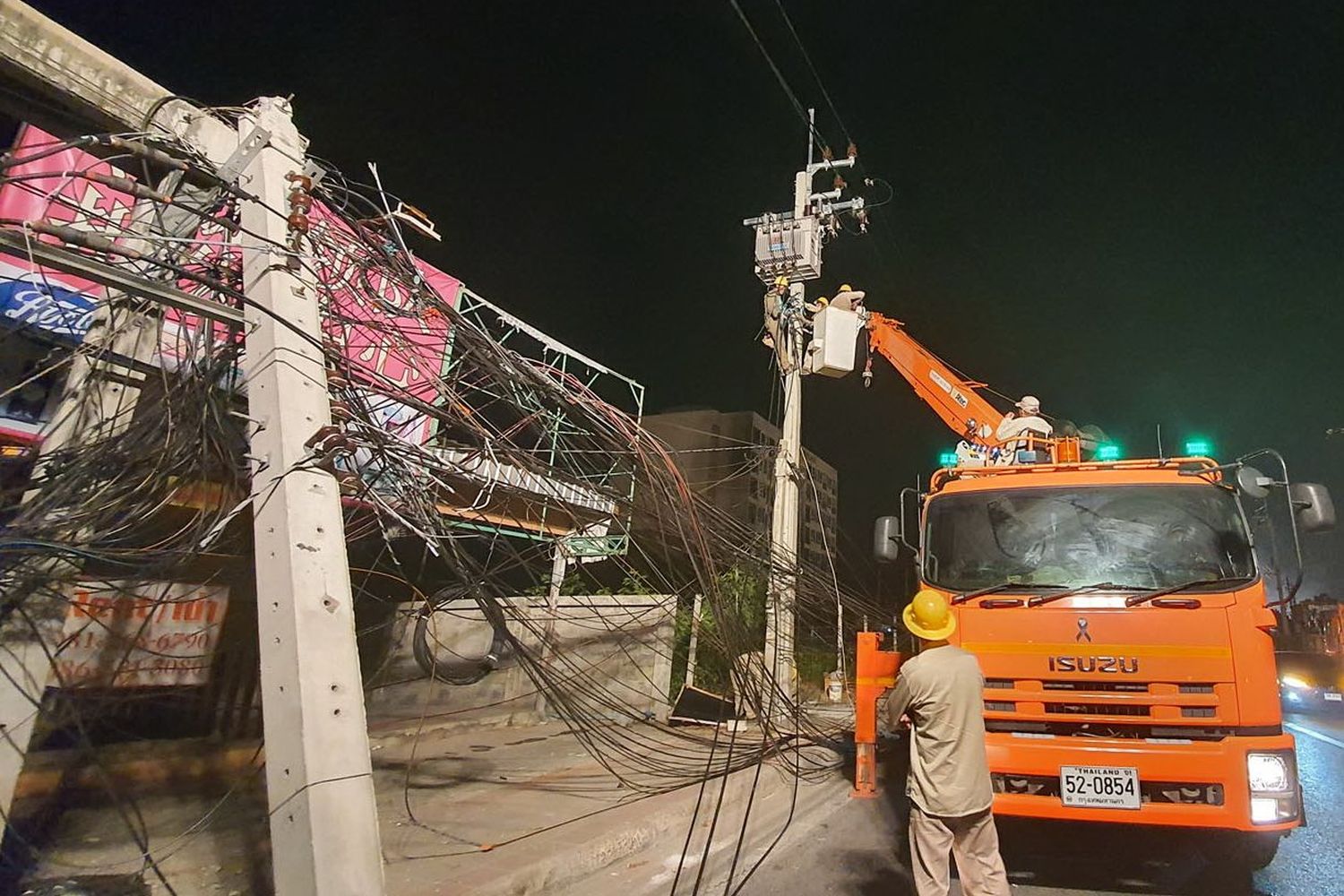