Somkid tells public not to panic

Deputy Prime Minister Somkid Jatusripitak has asked the public not to panic about the coronavirus outbreak or economic problems by giving assurances that Thailand will be steered through difficult times. 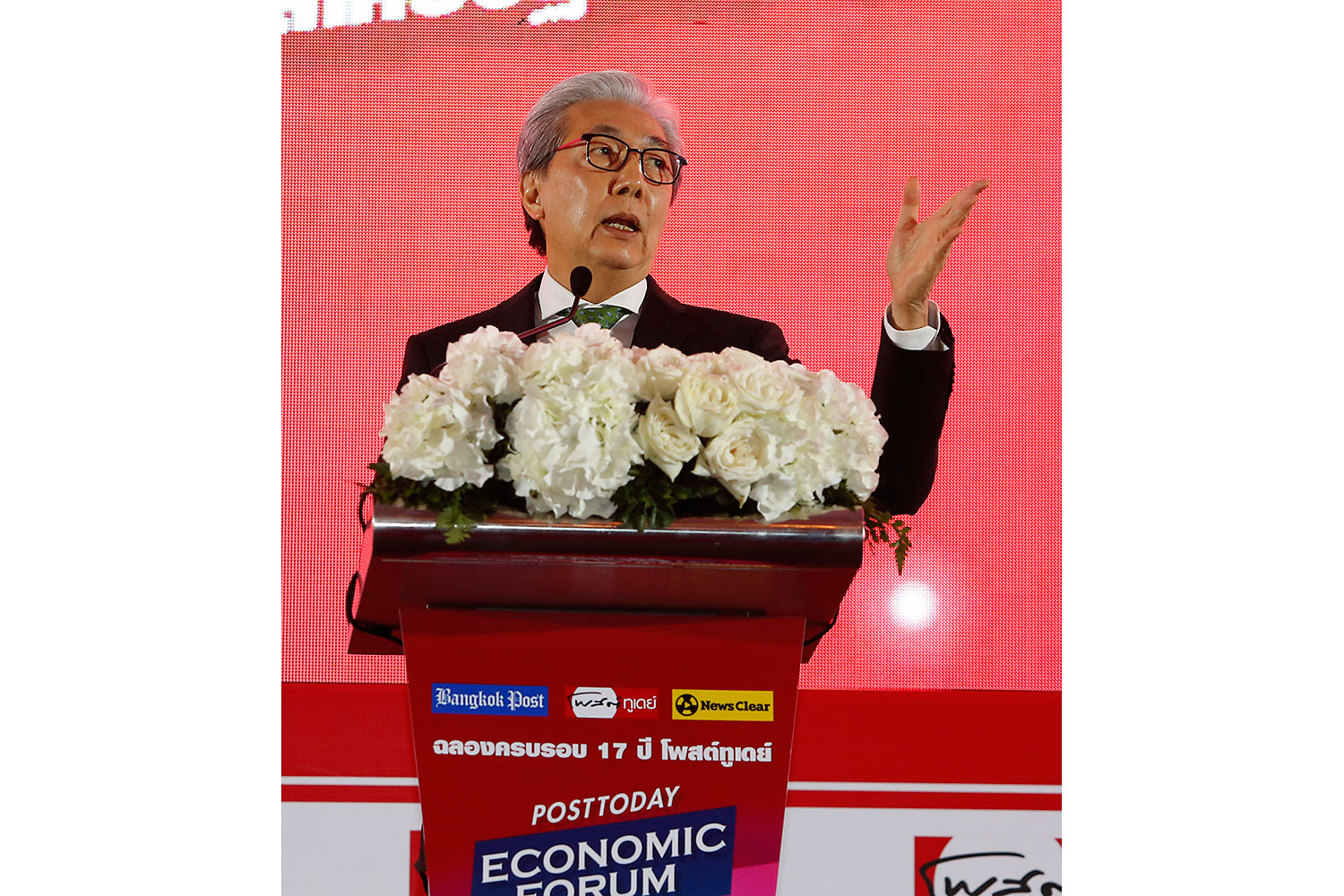 Addressing the Post Today Economic Forum 2020 on Thursday, Mr Somkid said that Thailand's economy has been hit by "storm after storm" for almost one year since the March 24 general election.

However, he expressed confidence that the country will eventually weather all the storms.

"The government does not want the public to panic. We want you to believe that Thailand will get through them [storms]," said the deputy prime minister.

The first storm faced by Thailand was the seven-month delay in the formation of the post-election government. During this period, the caretaker administration had difficulty in spending budgets since state investments were stalled as agencies waited for the new government, Mr Somkid said.

The second storm to affect Thailand was the US-China trade war which had a severe impact on Thai exports, particularly automobiles, electronics and chemicals, thereby causing the domestic economy to weaken.

In light of this, Thailand's economy is in need of restructuring to achieve a balance between dependence on the global economy and stable domestic growth, he said. 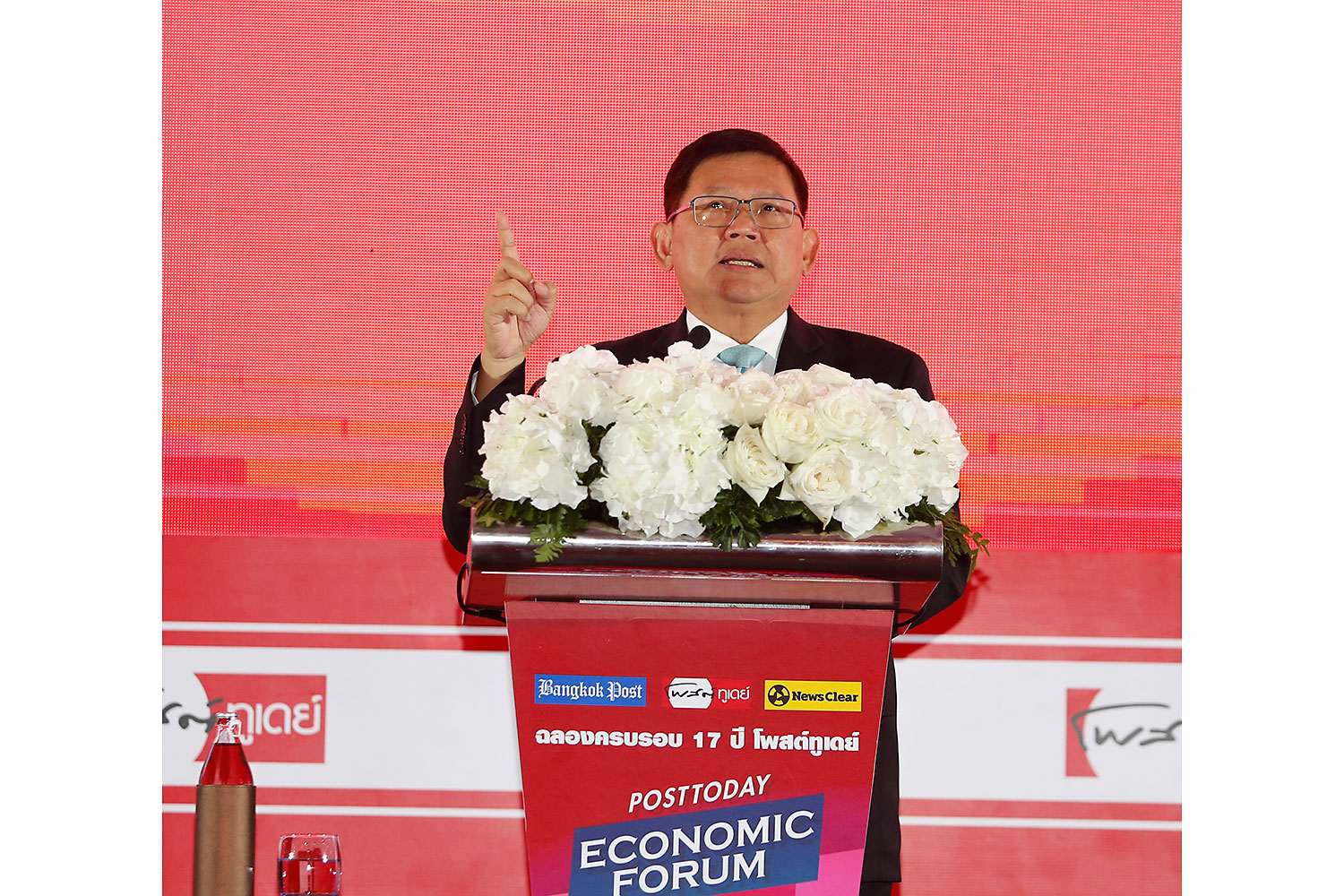 "Many people will have to change their careers because many existing jobs will be replaced by AI. To survive in that environment, workers must have 21st-century skills." — Suvit Maesincee, Minister of Higher Education, Science, Research and Innovation

Mr Somkid added that the manufacturing sector must also be revamped in order to make use of digital technology to develop innovative products to improve the competitiveness of the export sector.

"The Thai economy is not in recession. However, it is necessary to create a balance between the internal and external economy, which I have been working on all along. If we had not done it, the Thai economy would have been much worse," he said.

The third economic storm was the strengthening of the baht which dealt an additional blow to exports. However, the baht has now begun to weaken, which should ease exporters' concerns, he said.

Despite this, operators must not rely solely on currency exchange rates and must strive to improve themselves.

Yet another storm to hit Thailand, as well as the world, is the coronavirus outbreak, he said, adding that the public should not panic because Thailand has experienced several epidemics in the past and managed to get through them in the end.

Delays in the disbursement of the 3.2-trillion-baht budget for the 2020 fiscal year is another storm rocking the country, Mr Somkid added.

He said the budget should have been disbursed on Oct 1 last year, which is the beginning of the 2020 fiscal year. However, it was put on hold because questions were raised about its validity after it was revealed some coalition lawmakers voted for the Budget Bill without being present in the chamber.

The Constitutional Court will rule on this matter today.

Mr Somkid said that budget disbursement is expected in May, which will leave just four months of spending. If there is not enough money for investment, the Finance Ministry will seek loans or resort to alternative investments such as infrastructure funds to mobilise funds.

"Thailand is currently in a state of shutdown. However, the 2020 budget is expected to be disbursed in May, after which investments must be stepped up considerably because we have only 4-5 months left. There is 600 billion baht available for investment," he said.

Mr Somkid added that he has sent signals to the private sector to ramp up domestic investment and that the Board of Investment has rolled out additional incentive measures to promote investment.

The Bank of Thailand (BoT) has also cut its policy interest rate, so he said commercial banks should consider lowering loan interest rates to stimulate investment.

On Wednesday, the BoT cut its policy interest rate by 25 basis points to an unprecedented 1% to curb the impact of the novel coronavirus outbreak, the delayed fiscal budget, and severe drought conditions.

The decision prompted Kasikornbank Bank (KBank) to pass on the cut in full for its minimum retail rate (MRR).

Spearheading rate reductions, KBank said it would trim MRR by 0.25 percentage points, from 6.87% to 6.62%, effective today.