Aid but no harbour for unwanted liner
Thailand
General

Aid but no harbour for unwanted liner

Prime Minister Prayut Chan-o-cha will give humanitarian help to the Dutch-flagged MS Westerdam cruise ship, with over 2,000 passengers and crew aboard, but remains firm in his decision not to allow the ship to dock in Thailand as part of strict measures against novel coronavirus.

MS Westerdam, which was sailing near southern Vietnam yesterday, had planned to dock at Laem Chabang port in Chon Buri tomorrow, according its operator Holland America Line, but the company has yet to officially ask for permission which, under Thai law, must be made 24 hours in advance, deputy Marine Department chief Kritphet Chaichuai said.

It is unclear whether there are new infection cases among 1,455 tourists and 802 crew on the ship, which left virus-hit Hong Kong on Feb 1 and had made no disembarkation in the two weeks since.

MS Westerdam was earlier scheduled to dock in Yokohama, Japan, on Feb 15 but the Japanese government denied it entry after a passenger on board was suspected of having caught the coronavirus.

Similar rejections were also seen in Taiwan and the Philippines.

The ship eventually decided to change its destination to Thailand. It told passengers they could disembark at Laem Chabang and travel to Bangkok from where they could make their trips home.

The high number of passengers raised concerns over the potential for the virus to have spread on board.

"We need to take precautions to prevent the local situation from escalating to Level 3," Gen Prayut said.

"Currently at Level 2, things are controllable''.

In another development, Thailand has recorded one new case of coronavirus, bringing the total in the country to 33, a Health Ministry official said yesterday.

The new case is a 54-year-old Chinese woman from Wuhan who was put in quarantine after coming into contact with another Chinese virus patient while in Thailand, said Suwanchai Wattanayingcharoenchai, the director-general of the Department of Disease Control.

"The 33rd patient got sick from contact but her condition is not severe."

The new patient is being treated at the Bamrasnaradura Infectious Diseases Institute in Nonthaburi province, where she was admitted on Feb 6.

The condition of a male bus driver who also had tuberculosis was stable, Dr Suwanchai added. 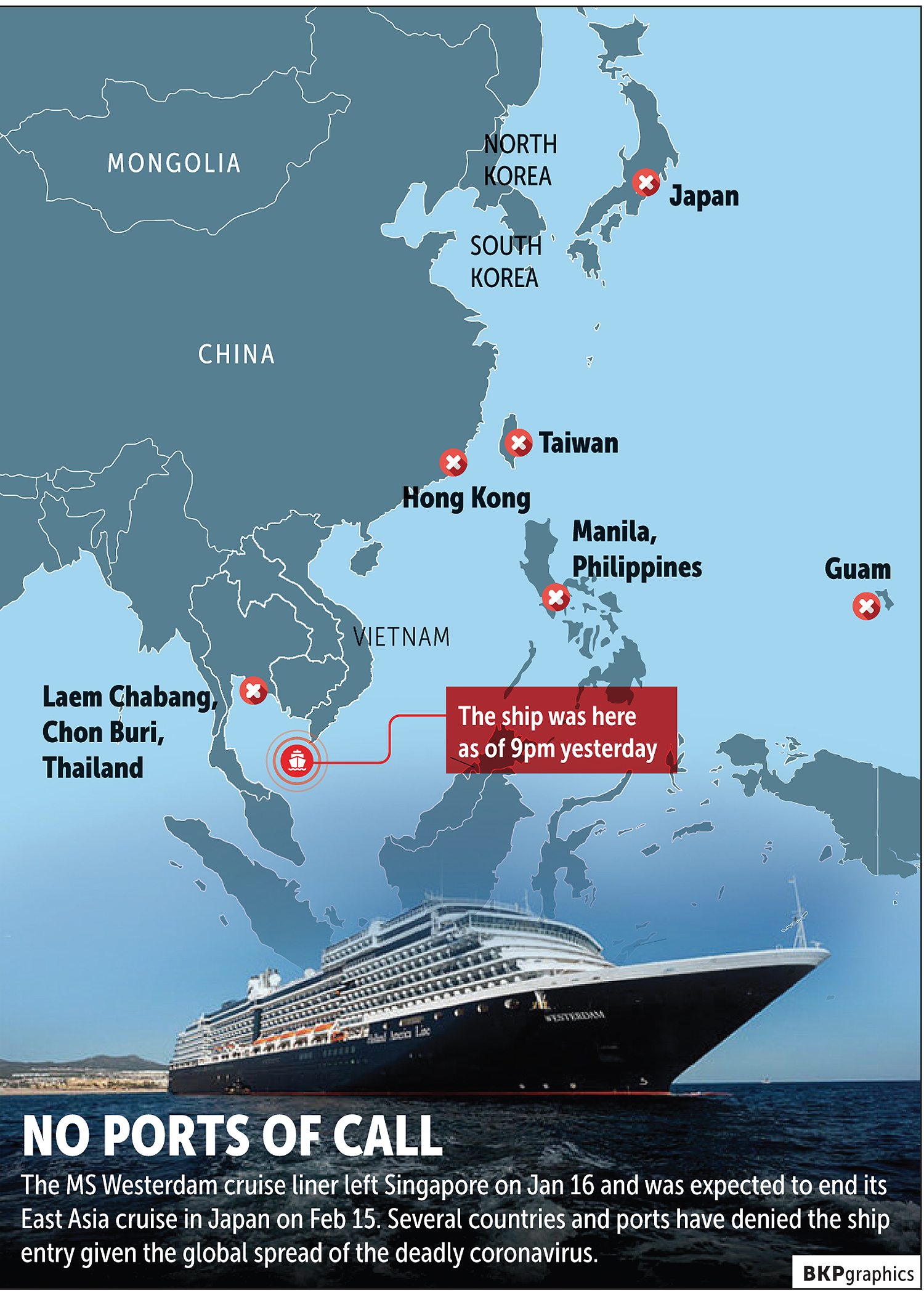