Police at the scene where dozens of gunshots were fired from a garment shop on Chula 10 in Pathumwan district, Bangkok, on Friday morning. (Photo by Piyachart Maikaew)

Dozens of gunshots were fired from a sports clothing shop on Chula 10 Road in Bangkok's Pathumwan district on Friday morning.

Police cordoned off the area, which is not far from the Royal Thai Police Office in the same district. Media reported that a man began firing shots out of his shop around 4am.

A witness said he was sitting nearby with friends when he heard shots from the rooftop of the two-storey shop.  One shot was fired in the direction of his group, which immediately dispersed.

Police said a man aged about 40 was firing shots into the air. They eventually calmed him down and at 10.40am he was taken to Pathumwan police station. They quoted the man as saying that he was stressed out by family problems. No one was injured.

The man was later identified as Ekachai Jaruksin, 48. 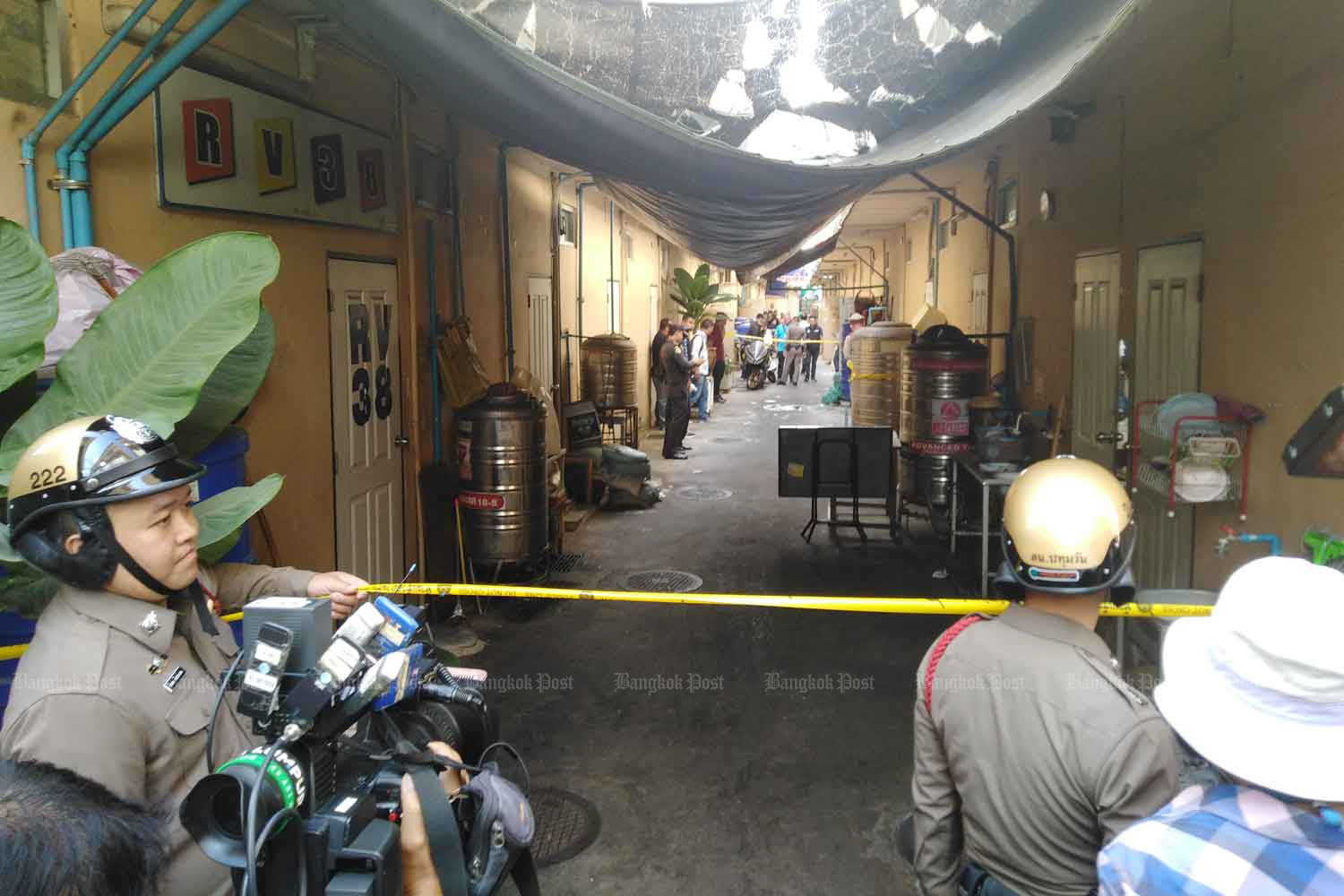 Police stand guard at the back door of the clothing shop after persuading the man to stop firing his gun, in Pathumwan district late on Friday morning. (Photo by Piyachart Maikaew) 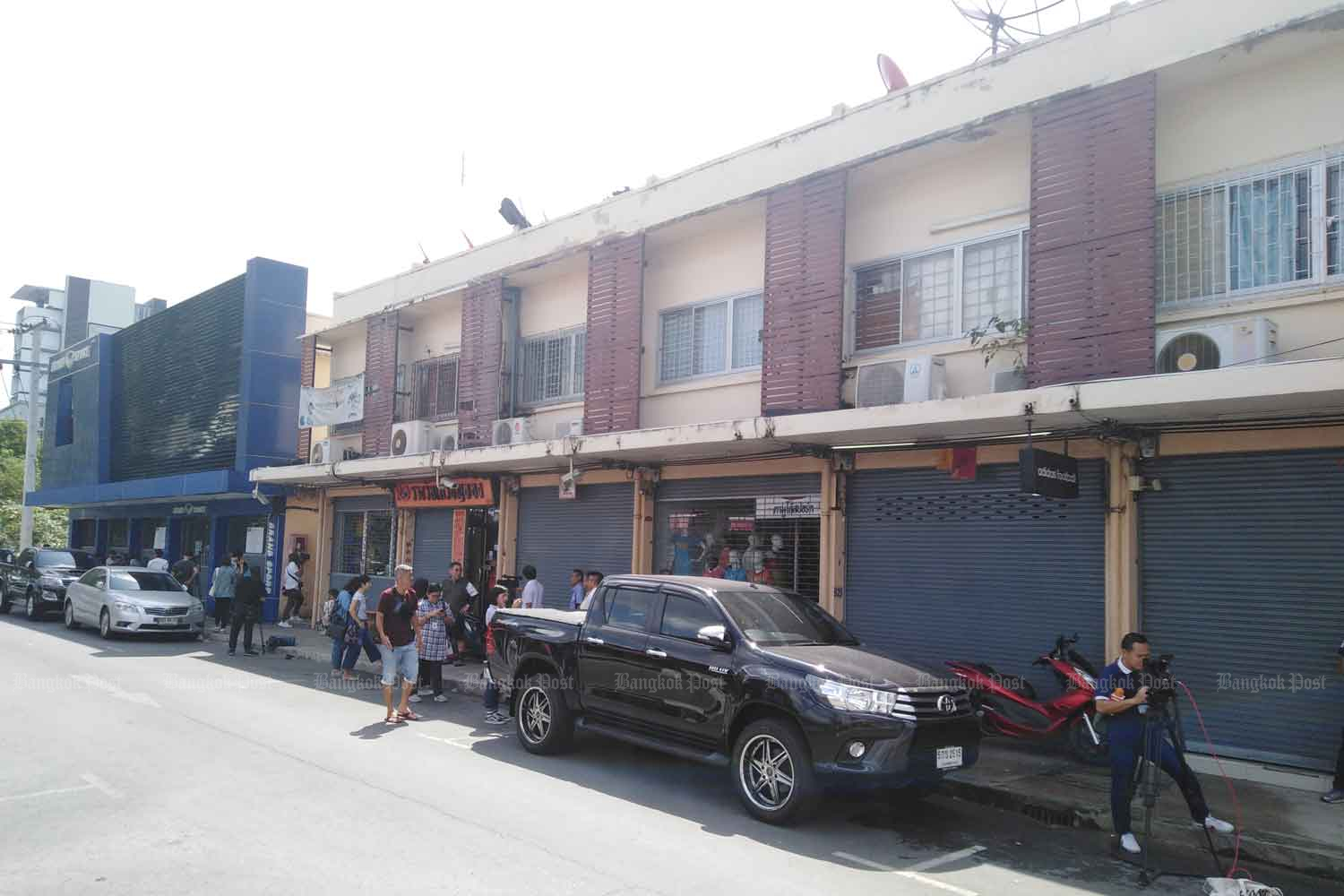 Gunshots were fired from the shop where the black pickup truck is parked. (Photo by Piyachart Maeikaew) 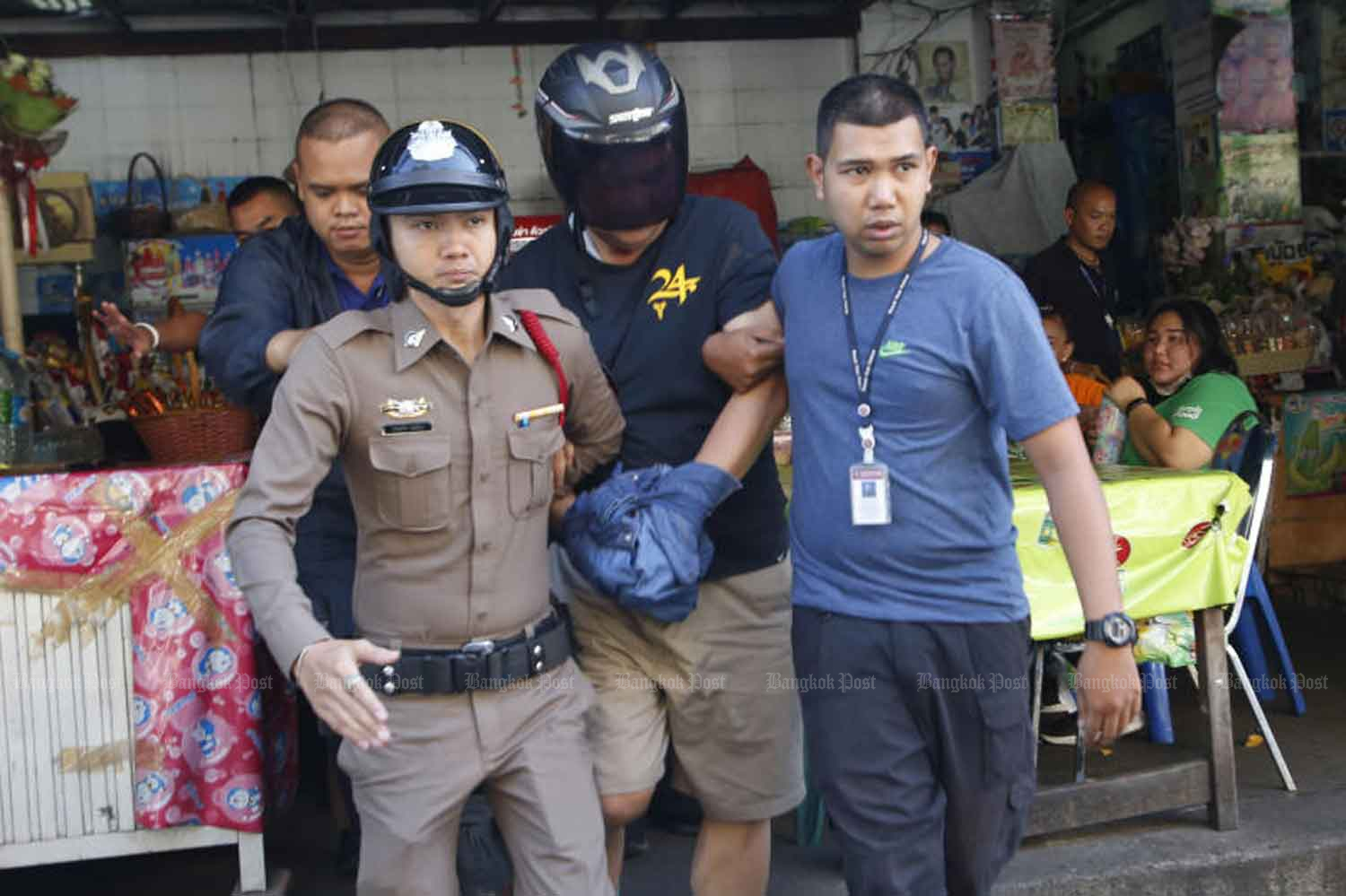