PATTANI: Two soldiers have won praise from local residents for saving the life of an 18-year-old woman after she jumped off a bridge into the Pattani River.

The two soldiers said they were on duty at a military post near the Sakseni bridge when they noticed the teen sitting on the bridge alone. Shortly afterward, she jumped into the river.

“When seeing the apparent suicide jump, we immediately laid down our weapons and bullet-proof vests and jumped to the river to help her to shore,” said Sgt Khunakorn. “We gave her first aid and contacted a rescue team to take her to Pattani Hospital.”

Local media reported that relationship trouble may have driven the young woman to attempt to take her own life.

Lt Col Phakphum Chantharak, commander of the task force, praised his subordinates and gave them cash rewards as a morale boost for their good deed. 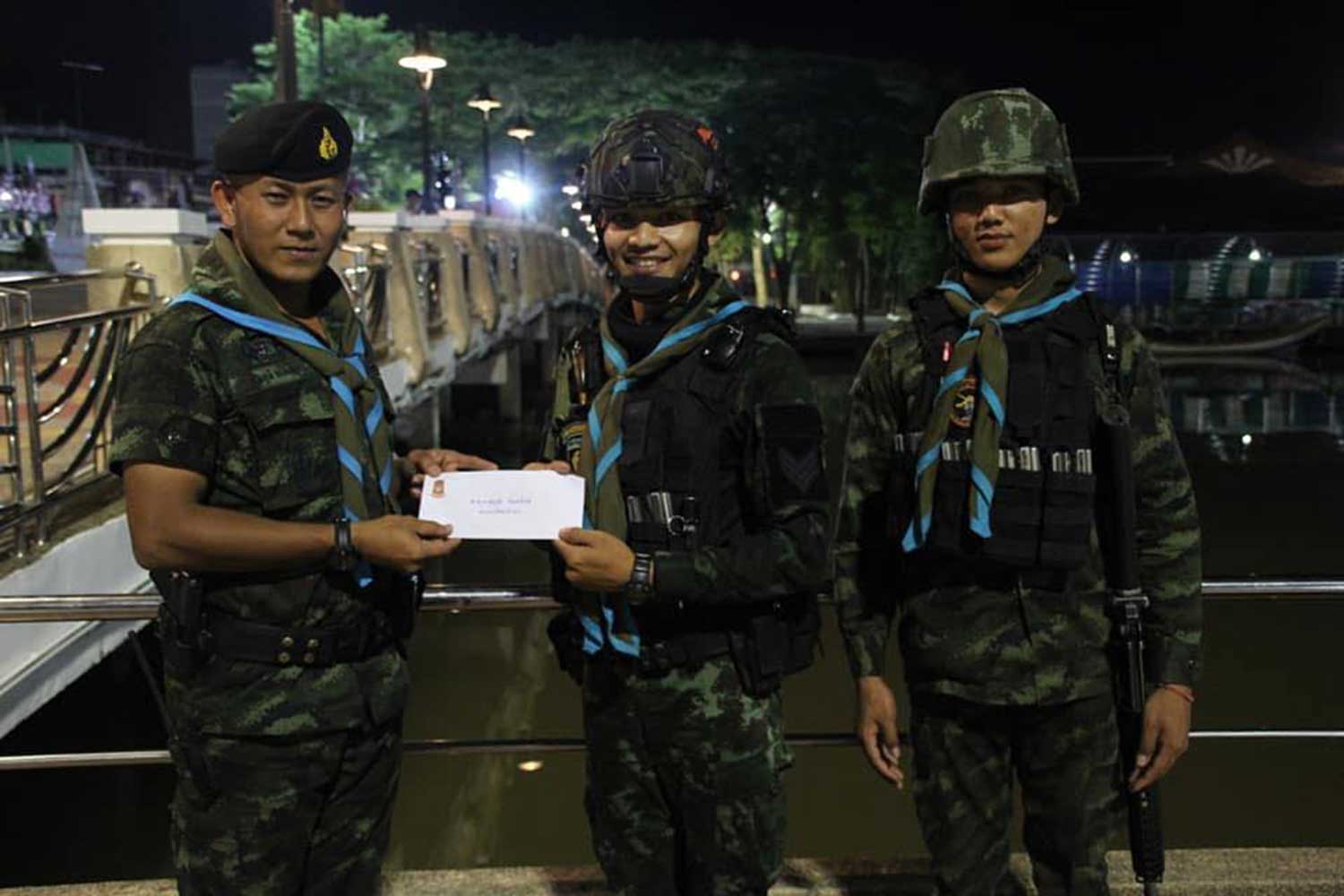 Lt Col Phakphum Chantharak, commander of the 25th Pattani special task force, commends Sgt Khunakorn Sonsrimai and Pvt Anusorn Komai and gives them cash rewards for their good deed in saving the life of a teenager. (Photo by Abdullah Benjakat)