Killer of rich Dutchman caught after 13 years on the lam

Anupong Suthani, 54, centre, fields reporters' questions outside Pattaya Provincial Court in 2003. In 2007, the court sentenced him to death in absentia for the 2003 murder of Jules Odekerken. (Photo: CSD)

A former municipal councillor sentenced to death in absentia for the murder of a wealthy Dutchman, in collusion with the victim's wife and brother, has been arrested in Phrae province after 13 years on the run.

Anupong was wanted on an arrest warrant issued by the Pattaya provincial court on Dec 21, 2007 for colluding in murder in 2003.

Anupong, a former Lang Suan municipal councillor in Chumphon, had been hired to build a house for Jules Odekerken, 49, from Holland, the owner of Quick News Pattaya and another foreign newspaper sold in Pattaya and Phuket.

The Dutchman had married Marisa Prommana, 37, a Thai woman living in Pattaya city, Chon Buri. The couple had one daughter.

Anupong had become romantically involved with Marisa and learned that her husband had life insurance and other assets worth more than 100 million baht. The suspect then conspired with the victim's wife  and her elder brother Seksan Prommana to kill the man and hopefully inherit his estate, Pol Maj Gen Jirabhop said.

On Nov 16, 2003, Anupong and  Seksan had caught Oderken alone in Pattaya and beaten him senseless with wooden batons.

They thought he was dead and tied a rope around his neck and dragged his body to a vehicle. On the way, the victim regained consciousness, struggled and shouted for help. So the two men beat him repeatedly on the head with rocks until he was dead, Pol Maj Gen Jirabhob said.

They later left his body at a garbage dump at Soi Green Way, Muang district of Chon Buri, where it was later discovered and police informed

All three people involved in the murder were arrested. Marisa and Seksan confessed and were given life imprisonment. Anupong denied any involvement in the murder and was released on  bail.

On Dec 21, 2007, Anupong was due in court for a ruling in the case. He failed to show up. He was sentenced to death in absentia and a bench warrant issued for his arrest.

Pol Col Nethi Wongkularb, who led the CSD arrest team, said Anupong had hidden out in several provinces and changed his first and last names. He had asked someone to be his representative in buying some property in Phrae province, where he had been living for more than 10 years before his arrest.

During police interrogation, Anupong confessed to the murder charge and expressed remorse for what he had done.

He was handed over to Pattaya court, Pol Col Nethi said. 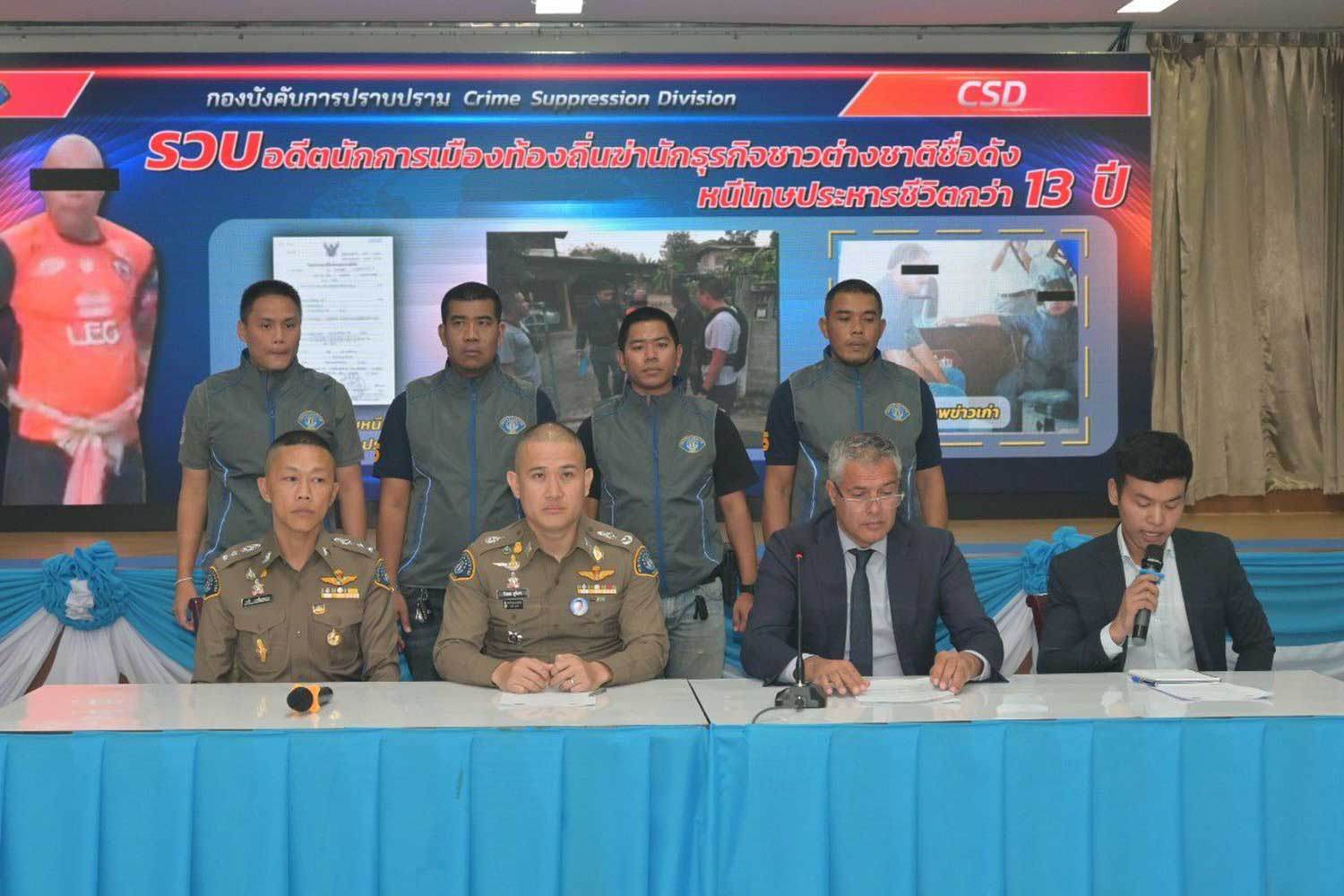