2.5m-deep crack could be caused by very low water levels

A road section along Khlong 26 canal in Wang Noi district of Ayutthaya subsides on Saturday. (Photo by Sunthorn Pongpao)

AYUTTHAYA: A section of a canal-side road in Wang Noi district subsided on Saturday, creating a crack more than two metres deep and about 100 metres long. Five houses also subsided.

Manit Thong-in, secretary to the municipality mayor, said the subsidence might be caused by the low water level in the canal and said his house was also affected.

Sunate Wisa-ngam, a local resident whose house also subsided, said residents did not dare to sleep inside their houses as they feared more road sections would give.

If the road is repaired, affected houses must be demolished. However, the owners do not have the money to demolish their houses or build new ones, she said. 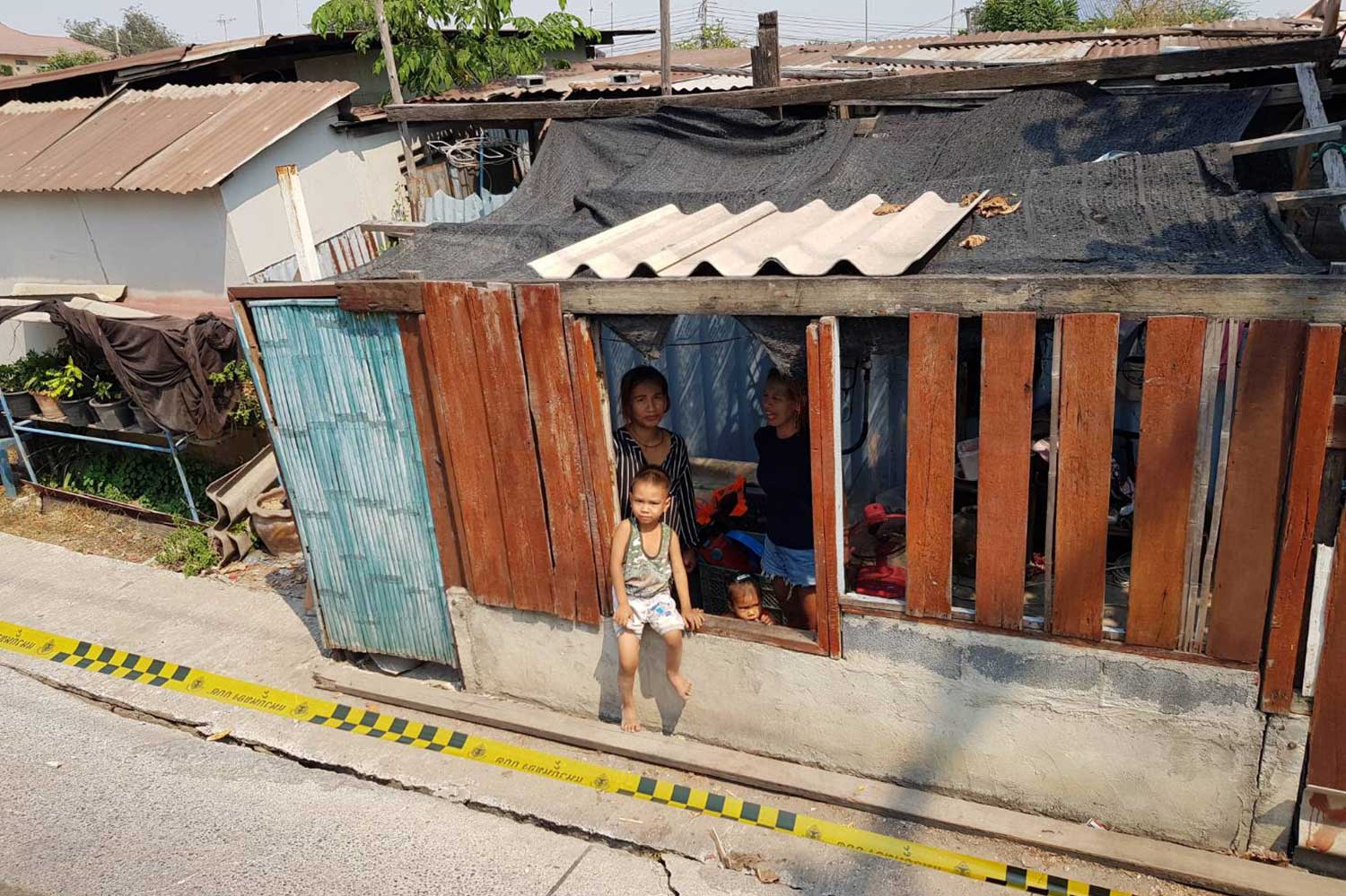 A boy and his family members look at a subsided section of a road in front of their house in Ayutthaya's Wang Noi district. (Photo by Sunthorn Pongpao)