Former deputy commerce minister Pol Lt Col Banyin Tangpakorn and two others were arrested on Sunday for their suspected involvement in the abduction of the brother of a senior judge at the Bangkok South Criminal Court, said a police source.

The three suspects were brought to the Crime Suppression Division headquarters and detained for further questioning.

One of the three allegedly said the elder brother of the Bangkok South Criminal Court judge had been murdered and his body dumped into a river in Nakhon Sawan.

A team of divers was to be sent to search the spot where the body was said to have been dumped. 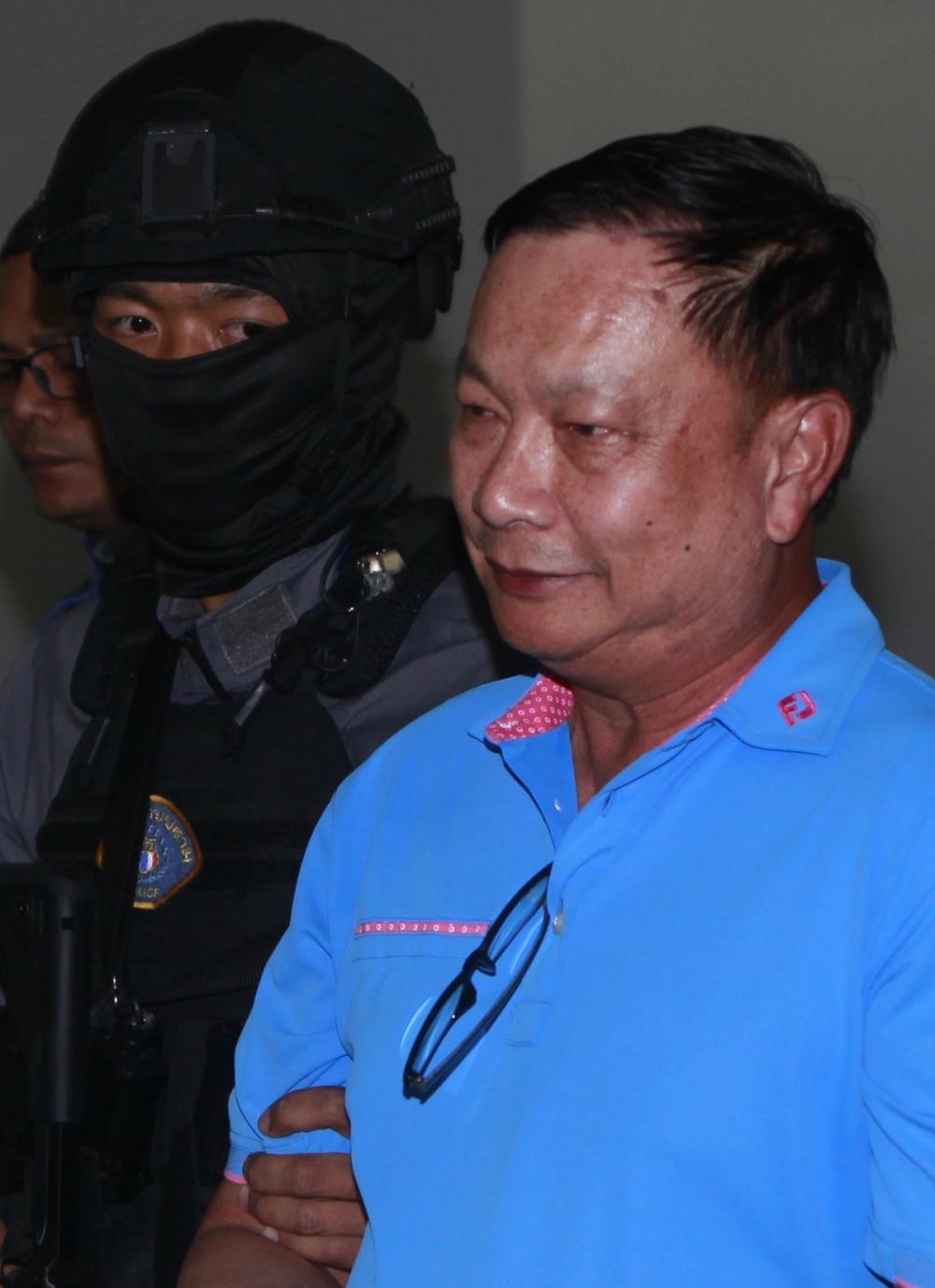 Courts of Justice Secretary-General, Sarawut Benjakul, meanwhile described the abduction of Wirachai Sakuntaprasoet, 70, the brother of Phanida Sakuntaprasoet, a Bangkok South Criminal Court judge who is in charge of a case against Pol Lt Col Banyin, as a "horrible" crime against a court judge.

"The abduction, which we believed was carried out in an attempt to influence the ruling of an ongoing case, is a horrible thing and nothing like it has ever happened in the Courts of Justice's history," he said.

"It is a significant threat against the judge's independent judgement."

"Everything was caught on tape, which was used as evidence to arrest the suspects," said Mr Sarawut.

"Judge Phanida then lodged a complaint with police, along with a recording of telephone conversations between her and her brother's abductors," said Mr Sarawut.

A police investigation later found that the abduction was linked to a share transfer case which was linked to the murder of building contractor Chuwong Sae Tang in 2015, said Mr Sarawut.

Pol Lt Col Banyin has been charged with falsifying documents and using fake documents to set up a transfer of about 300 million baht worth of shares belonging to billionaire friend and construction mogul Chuwong Sae Tang in 2015.

Chuwong was killed in a road accident in a car driven by Pol Lt Col Banyin. The murder case was investigated, but the court withheld the ruling pending the decision on the share transfer case.

The court has completed the examination of witnesses and is set to deliver a ruling in the share transfer case on March 20.

Pol Lt Col Banyin denied the fresh charges and told reporters as he walked into the Crime Suppression Division (CSD) later in the afternoon with police escorting him, "I still do not know what this is all about."

Police had previously raided and searched more than 20 places to secure evidence to nail these arrested suspects, as well as other suspects who are still on the run, said Mr Sarawut.

Judge Phanida was devastated upon being informed about her brother's fate and a court marshal was assigned to ensure her safety, added the secretary-general.