The Chinese man (red T-shirt) is found at an entertainment venue after walking out of a private hospital on Wednesday night. He had a fever but grew tired of waiting for a doctor and left. (Photo by Methee Muangkaew)

TRANG: A Chinese businessman with a fever walked out of a hospital on Wednesday night, sparking a frantic search before he was found with two friends - and all three were put in quarantine for possible Covid-19 infection.

Teams of local police and tourist officials scoured the Muang area after a private hospital and state-run Trang Hospital reported that the man, who was not named, left before receiving treatment.

He went to the private hospital on Wednesday night and a nurse measured his temperature at over 37°C. He was told to wait for a doctor. More than an hour later, still not having seen a doctor, the man walked out of the hospital.

The nurse who took his tempersature alerted doctors who then coordinated with Trang Hospital and police.

A frantic search ensued. Police and hospital staff had only a photograph of the man as a clue to find him.

They eventually tracked him down having a meal with two friends at an entertainment venue in downtown Muang district. All three were quickly isolated.

Dr Jirawan Arayapong, director of Trang Hospital, and Dr Kraisorn Totabtiang, deputy director, came to collect the three men and they were taken to Trang Hospital and placed in isolation.

Police then learned the Chinese national has a business in Trang province, where he has lived for a long time and has not travelled to China or any other country where he might catch the coronavirus.

On Wednesday, he had been out at sea with friends all day long and had been feverish when they  returned to shore at night. He went to the private hospital for treatment. After waiting for a long time without seeing a doctor, he finally left and went to catch up with his friends.

Dr Jirawan said all three men were being examined and tested for Covid-19. The hospital was awaiting the lab results.

Initial results were reported to be negative. 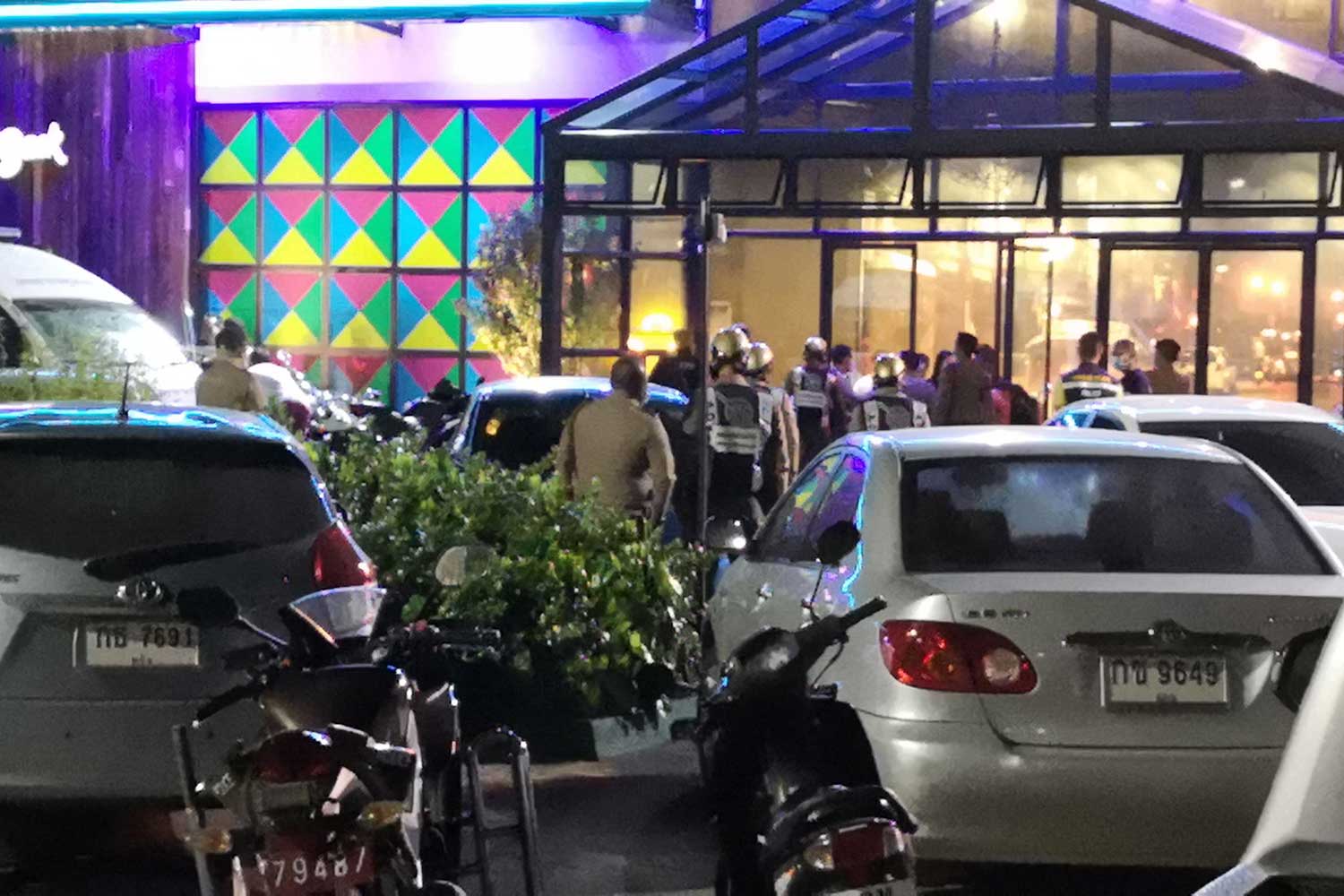 Police find a Chinese man with a high fever at an entertainment venue in downtown Muang district of Trang after he left a private hospital. (Photo by Methee Muangkaew)